'Justice System In Kashmir In A State Of Near Collapse' : UK Lawyers' Body Writes To PM [Read Letter] 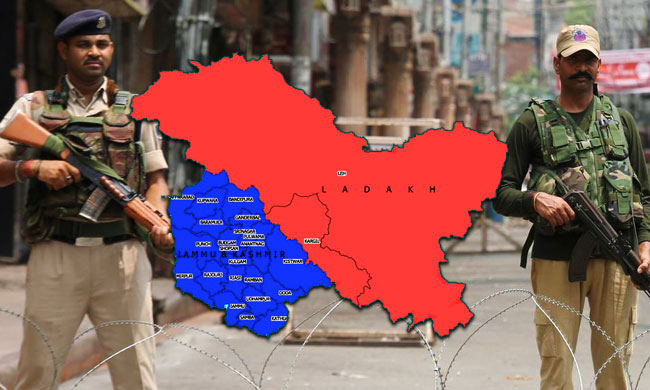 Amidst assurances made by Indian Government regarding restoration of "normalcy" in the Kashmir valley, the Bar Council and Bar Human Rights Committee of England and Wales have written to the Prime Minister raising concerns about detentions in Kashmir. In a letter addressed to PM Narendra Modi (with copy marked to Law Minister Ravi Shankar Prasad), the Bar said it had come across...

Amidst assurances made by Indian Government regarding restoration of "normalcy" in the Kashmir valley, the Bar Council and Bar Human Rights Committee of England and Wales have written to the Prime Minister raising concerns about detentions in Kashmir.

In a letter addressed to PM Narendra Modi (with copy marked to Law Minister Ravi Shankar Prasad), the Bar said it had come across multiple reports claiming that over 3,000 civilians, including high ranking legal professionals, had been detained since the govt.'s decision to abrogate Article 370 in August, 2019.

"We are disturbed to hear of the arrest of both the President of the High Court Bar Association of J&K, Mian Abdul Qayoom, and its former president, Nazir Ahmad Ronga, in addition to the arrest of other senior legal professionals including advocates Abdul Salam Rather (President, Baramulla District Bar Association) and Fayad Sodagar (President, Anantnag District Bar Association), under the controversial Public Safety Act", said the letter signed by Richard Atkins, Queen's Counsel, Chair of the Bar and Schona Jolly, Queen's Counsel, Chair of the Bar Committee.

The Bar reminded the PM of the UN Basic Principles of the Role of Lawyers which requires states to ensure that lawyers are free to perform their professional functions without being subjected to any sort of intimidation or harassment.

"Lawyers should not suffer or be threatened with sanctions for any action taken in accordance with their professional duties. The security of lawyers should be adequately safeguarded by the authorities. Lawyers should not be identified with their clients' causes, and like other citizens, lawyers are entitled to freedom of expression, belief, association and assembly," the letter read.

The Bar added that "lack of availability of effective legal representation" had hindered the right to a fair and speedy trial, with about 500 habeas corpus cases pending in the valley, with over 330 of those filed after the abrogation of Article 370.

Commenting on the communications blackout in the valley, the Bar said that blockade of internet services had "seriously affected" the routine functions of the courts.

"we have received reports of the justice system in the Kashmir Valley being in a state of near collapse. This has been exacerbated by the collective impact of the militarisation, the restrictions on movement, the communications lockdown and an atmosphere of 'fear' in which lawyers are said to be operating".

It also said that the Indian govt.'s resistance to "independent investigators" in Kashmir raised suspicion as to the real situation there.

"…failure to allow independent investigators into the Kashmir Valley means that the urgent steps that are needed to ensure accountability for any alleged violations of domestic and international law are being impeded. India has ratified the UN International Covenant on Civil and Political Rights, which enshrines many of the fundamental human rights engaged by this situation. We call on the Indian government to allow in independent, investigative teams without further delay."

Pressing the urgency of the matter, the Bar said the govt. needed to ensure accountability for any alleged violations of domestic and international law in Kashmir. It also urged the PM to reinstate internet services in the region and to take measures to provide proper legal representation to the distressed.

"We urge you to ensure and safeguard the rights outlined above in accordance with your international obligations. We further urge you to lift all restrictions, restore internet and full communications access to the region, and to publish the names of all those individuals, including lawyers, who have been detained. Those who remain detained must be afforded access to proper legal representation," they said.

As per the letter, at least 300 people, including lawyers and civilians, have been detained under the Public Safety Act.

The Kashmir lockdown has crossed 106 days. Hearing is going on in the Supreme Court regarding the constitutionality of restrictions imposed in Kashmir region.

Earlier, the United Nations High Commissioner for Human Rights had stated that the Supreme Court had been slow to deal with Kashmir petitions, and expressed concerns at the clampdown.