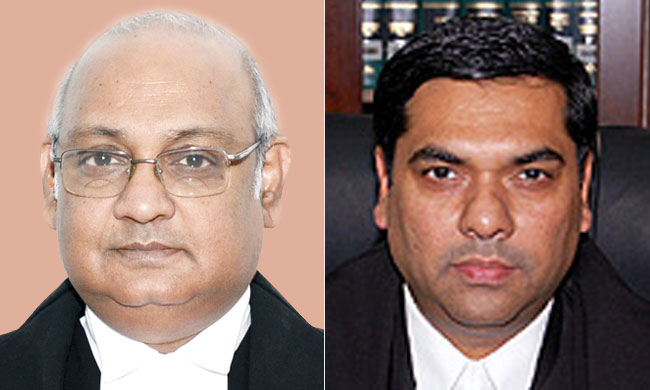 The collegium comprising CJI Ranjan Gogoi, Justices AK Sikri, SA Bobde, NV Ramana and Arun Mishra observed that these two judges are more deserving and suitable in all respects than other Chief Justices and senior puisne Judges of High Courts, for being appointed as Judges of the Supreme Court of India.

Justice Dinesh Maheshwari, who is currently the Chief Justice of Karnataka High Court, stands at Sl. No. 21 in the combined seniority of High Court Judges on all-India basis, while Justice Khanna, who is a judge of Delhi High Court, is at no.33.

The collegium stated: "While recommending the names of Mr. Justices Dinesh Maheshwari and Sanjiv Khanna the Collegium has taken into consideration combined seniority on all-India basis of Chief Justices and senior puisne Judges of High Courts, apart from their merit and integrity. The Collegium has also kept in mind the desirability of giving due representation on the Bench of the Supreme Court, as far as possible, to all the High Courts."

The Collegium also said that though the collegium then comprising of the Chief Justice of India, Justices Madan B. Lokur, A.K. Sikri, S.A. Bobde and N.V. Ramana met on 12th December and took certain decisions, the present collegium, which met after re-opening of court after winter vacation, decided to have a fresh look at the matter.

The minutes read: "The then Collegium on 12th December, 2018 took certain decisions. However, the required consultation could not be undertaken and completed as the winter vacation of the Court intervened. By the time the Court re-opened, the composition of the Collegium underwent a change. After extensive deliberations on 5th / 6th January, 2019, the newly constituted Collegium deemed it appropriate to have a fresh look at the matter and also to consider the proposals in the light of the additional material that became available."