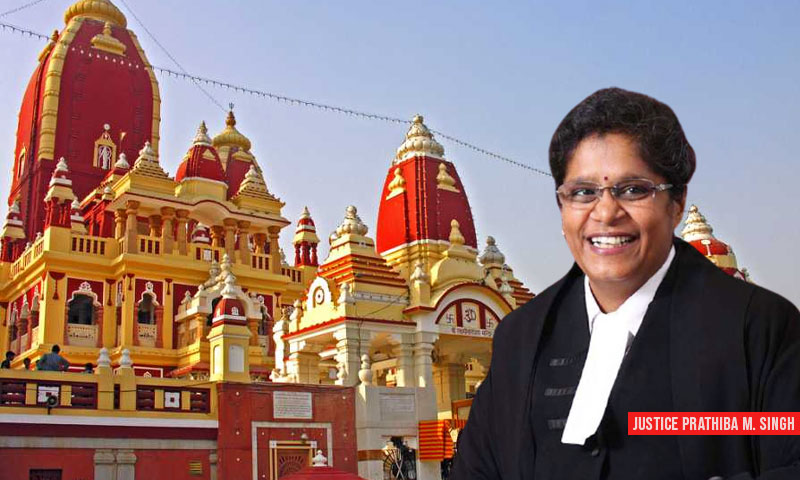 x
"It is a very good order by Justice Pratibha Singh. It is a tough action, necessary to bring order to such places".

The Supreme Court on Monday commended the recent order of the Delhi High Court appointing court receivers in respect of the donations received at the highly-revered Kalkaji temple of Delhi.

Hearing an appeal from the February 5 order of Justice Pratibha Singh to this effect, Justice DY Chandrachud observed,

"It is a very good order by Justice Pratibha Singh. It is a tough action, necessary to bring order to such places".

"The devotees putting money in the donation box don't realise what is happening! The right to be a Pujari is auctioned! There are rights to collect this money!", he continued, commenting that when the court commissioner had inspected the temple premises, the donation boxes had been found to be wiped out.

It may be noted that the dispute in the present case concerns the Kalkaji mandir wherein various factions claim rights for conducting the puja sewa, share in the offerings and auctioned from other moveable/immoveable assets including teh- bazari rights.

"This is a battle for money, not for the right to do puja", remarked Justice Chandrachud.

In view of the contesting claims made by the parties, in order to ascertain the prevalent position at the Mandir, a Local Commissioner was appointed by Justice Singh of the Delhi High Court to visit the Kalkaji Mandir. A perusal of the Local Commissioner's report showed that Sh. Kalkaji Mandir appears to have come under the control of one faction who is running it like a commercial enterprise.

"It is quite disconcerting that the rights to perform puja at a Mandir are being put to auction and third parties are conducting the puja ceremonies. There are various hoardings which have been put up at the site of Sh. Kalkaji Mandir and commercial advertisements of businesses, for example M/s Anand Traders & Co., J&J Buildcon etc., are also shown therein. The nature of these businesses and as to who is running them is not known. The hoardings are extremely prominent and one hoarding is at the entrance of the temple itself", the single judge of the High Court had recorded.

b. The pujari room shall be vacated by the defendants with immediate effect. The said room shall be occupied by the said nominee, during the Plaintiff's bari;

c. The hoardings in the temple precincts and on the donation boxes shall be immediately removed, under the supervision of the Court Receivers.

d. All the donation boxes shall now be locked by the Court Receivers and the keys shall be retained with them. For the purposes of identifying and properly securing the donation boxes, the Local Commissioner shall assist the Receivers.

e. The donation boxes shall be opened only once everyday at the time fixed by the Receiver/s either late evening or in the morning.

f. The donation boxes shall only be opened in front of the Court Receivers, in the presence of two representatives of the Plaintiff and the Defendants. The amount shall be counted as directed by the Court Receivers and 1/6th share shall be handed over to the Plaintiff's representative. The remaining amount shall be deposited in the bank account of the Registrar General, Delhi High Court, maintained at the UCO Bank, Delhi High Court branch. The Receivers are free to finalise the modalities for counting of the offerings, and seek the assistance of any persons as they may deem fit for the said purpose.

g. A full account of all the offerings being received until 24th February 2021, shall be filed before this Court.