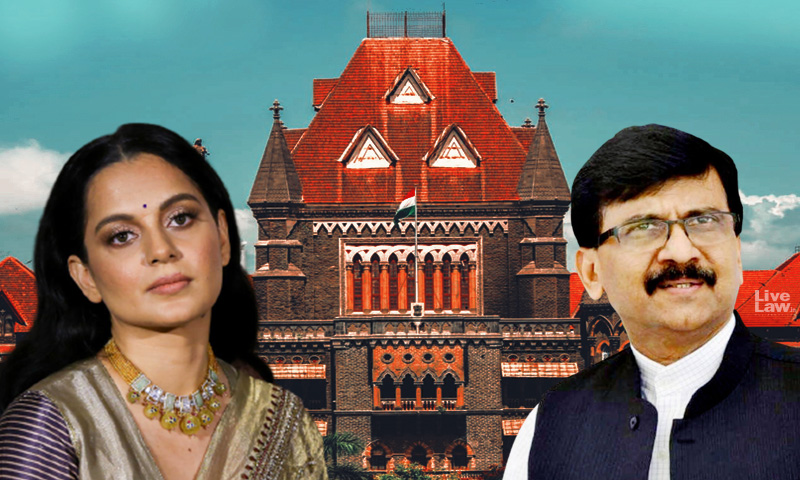 Actor Kangana Ranaut and Sanjay Raut, Shiv Sena MP, came under the criticism of the Bombay High Court for their public outbursts.While granting relief to Hindi film actor Kangana Ranaut against the demolition order of the Mumbai civic body, the Bombay High Court expressed disapproval of her comments against Maharashtra Government, Mumbai police and the film industry.The Court clarified that...

Actor Kangana Ranaut and Sanjay Raut, Shiv Sena MP, came under the criticism of the Bombay High Court for their public outbursts.

While granting relief to Hindi film actor Kangana Ranaut against the demolition order of the Mumbai civic body, the Bombay High Court expressed disapproval of her comments against Maharashtra Government, Mumbai police and the film industry.

The Court clarified that it does not approve of "loose and irresponsible statements against any individual, authority or Government".

"We do not accept as true any of the statements/allegations made by the Petitioner through her tweets with regard to the alleged prevailing atmosphere in the State or the State Police or against the film industry", a division bench comprising Justices S J Kathawalla and Riyaz I Chagla observed in the 166-page judgment.

"If anything, we are of the view that the petitioner should be better advised to exercise restraint when "as a public spirited citizen", she "airs her views regarding the issues of public importance on social media platforms"", the bench stated.

The court added that "loose and irresponsible" comments of a citizen are best ignored and state cannot act mala fide against the citizen for that.

"Irresponsible statements made by a citizen in an individual capacity, however distasteful or wrong they may be, are best ignored.

"Whatever be the folly of an individual, whether in the matter of unauthorized construction, or irresponsible statements hurting the sentiments of individuals or the public in general,no action against such individual by anyone, much less by the State, can lie except within the four corners of law".

Kangana Ranaut should exercise restraint with her public comments, cautions Bombay High Court. The HC says it doesn't accept her comments against the alleged prevailing atmosphere in #Maharashtra or against @MumbaiPolice or the film industry.#KanganaRanaut #BombayHighCourt pic.twitter.com/CyxLXEsyzu

Conduct of Sanjay Raut did not befit a Parliamentarian

The High Court also criticized the 'outbursts' made by Shiv Sena MP Sanjay Raut against Kangana Ranuat. She had made Raut a party in the writ petition alleging personal mala fides against him.

The judgment elaborately refers to various statements made by Raut against the actor, including the "haramkhor" remark made by him.

Raut did not dispute the comments attributed to him but tried to explain that the use of the word 'harakhor' was in the context of her dishonesty and that he had only responded to the derogative statement made by the Petitioner insulting the State of Maharashtra and Mumbai.

The High Court rejected this explanation given by Raut.

The Court noted that immediately on the day after the demolition, i.e. 10th September, 2020, the newspaper 'Saamna' of which Raut is the Executive Editor, reported the demolition on its first page in a manner of rejoicing and victoriously, with the headline "ukhad diya", which means 'uprooted'.

The report further commented that Kangana,who was unnecessarily spoiling the name of Mumbai Police by comparing Mumbai with Pakistan Occupied Kashmir, has received a good blow from the Municipal Corporation.

"The aforestated response of Shri Raut and the language used by him show that because the Petitioner tweeted on 3rd September, 2020 that she was threatened by Sihri Raut and questioned, "why Mumbai is feeling like Pakistan occupied Kashmir". Shri Raut, without being bothered that the rule of law should always prevail, was determined to teach a lesson to the Petitioner. Such conduct certainly does not befit a leader like Shri Raut who is also a Parliamentarian".

In the order granting relief to #KanganaRanaut, Bombay High Court criticizes the statements and conduct of Sanjay Raut MP @rautsanjay61 against Kangana.

"Such conduct certainly does not befit a leader like Shri Raut who is also a parliamentarian", HC said.#BombayHighCourt pic.twitter.com/UXehh2BsXQ

The High Court proceeded to quash the demolition notice issued by the BMC against Kangana's building as 'actuated by malice'.

The Court has appointed a surveyor/valuer to assess the damages caused to the building and to submit a report before it in March 2021 for determining the compensation payable to Kangana.