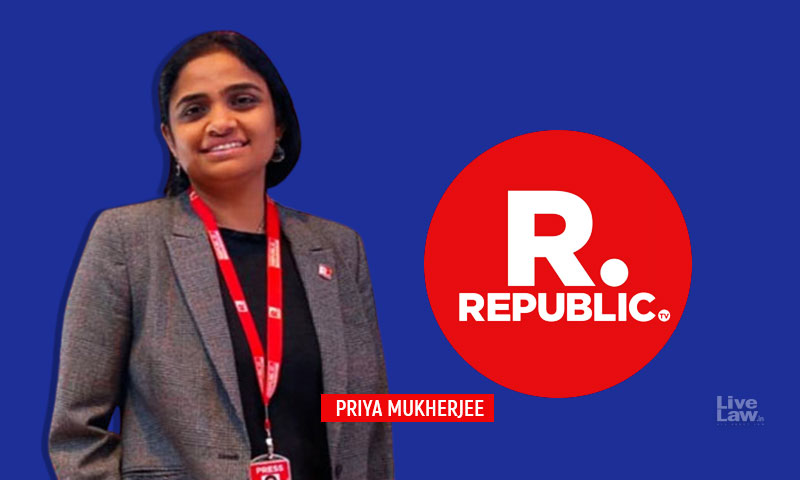 The Karnataka High Court on Wednesday granted transit bail for 20 days to Chief Operating Officer Priya Mukherjee of ARG Outlier Media Private Ltd (which runs Republic TV & R Bharat channels) in the FIR registered by Mumbai police alleging TRP Scam.After the period of 20 days, she has to approach the appropriate forum for relief, ordered the High Court. In the meanwhile if she is...

After the period of 20 days, she has to approach the appropriate forum for relief, ordered the High Court. In the meanwhile if she is arrested, she should be released on bail on a bond of Rs 2 lakh and two sureties.

"When personal liberty of a person is under threat the petitioner can seek relief. The petition has made out ground to grant transit bail for limited period", observed a bench of Justice H P Sandesh in the order.

The Court also observed in the order that police was misusing the SC judgement in Arnesh Kumar v State of Bihar case.

"Police are not applying their mind whether a cognizable offence is made out or not. Police should satisfy the Court on why they are arresting a person", the HC observed. The Court added that in such cases it has to come to the rescue of the citizen.

The bench said "When personal liberty of a person is under threat the petitioner can seek relief. Petition has made out a ground to grant transit bail for a limited period."

The court also turned down the other contention raised by the Mumbai police of petitioner being untraceable.

It said "When the petitioner has sought for a short time what made Mumbai police to rush to Bangalore, there is no answer. What made them rush to Bangalore after recording statement on November, 17/18. Having taken note of factual matrix of case, within a span of one day of recording the statement of petition, the notice was issued and visited the house in Bangalore. I am of the opinion there are reasonable apprehensions of arrest as made out by the petitioner. Mumbai police has also not given any explanation except bringing on record statement record by it dated Nov 17/18. "

"Notice is not specific for what reason she has been called to appear before Banerghata police.There is no answer from mouth of resp 3. When such being the apprehension raised by the petitioner, the statement of resp 3 cannot be accepted."

Senior advocate Devadatt Kamat appearing for the Mumbai police had raised preliminary objection on the maintainability of the petition. He said "This is nothing but forum shopping and submitted that petition is not maintainable."

Kamat also submitted that the key link between the arrested accused Ghansyam Singh and the present applicant is the phone chats. The urgent need for her interrogation is because she is in a habit of deleting her phone chats as is recorded in her statement. "Therefore the delay in coming before the investigating agency, as evidence is going to be tampered," he submitted."

The Counsel for Priya Mukherjee refuted the contentions raised by the Mumbai police saying "It was not she who had approached the Bombay HC but it was Arnab Goswami who had approached the court for himself." He added that when notice was issued to her the applicant has attended before the investigating officer and cooperated in the probe and will do so in future.

He prayed for 20 days time to approach the Bombay HC and protection till then.

It was also said that "It is quite atrocious on the part of respondent 3 to go behind a lady. They (respondent 3) want to prove a point to somebody else."