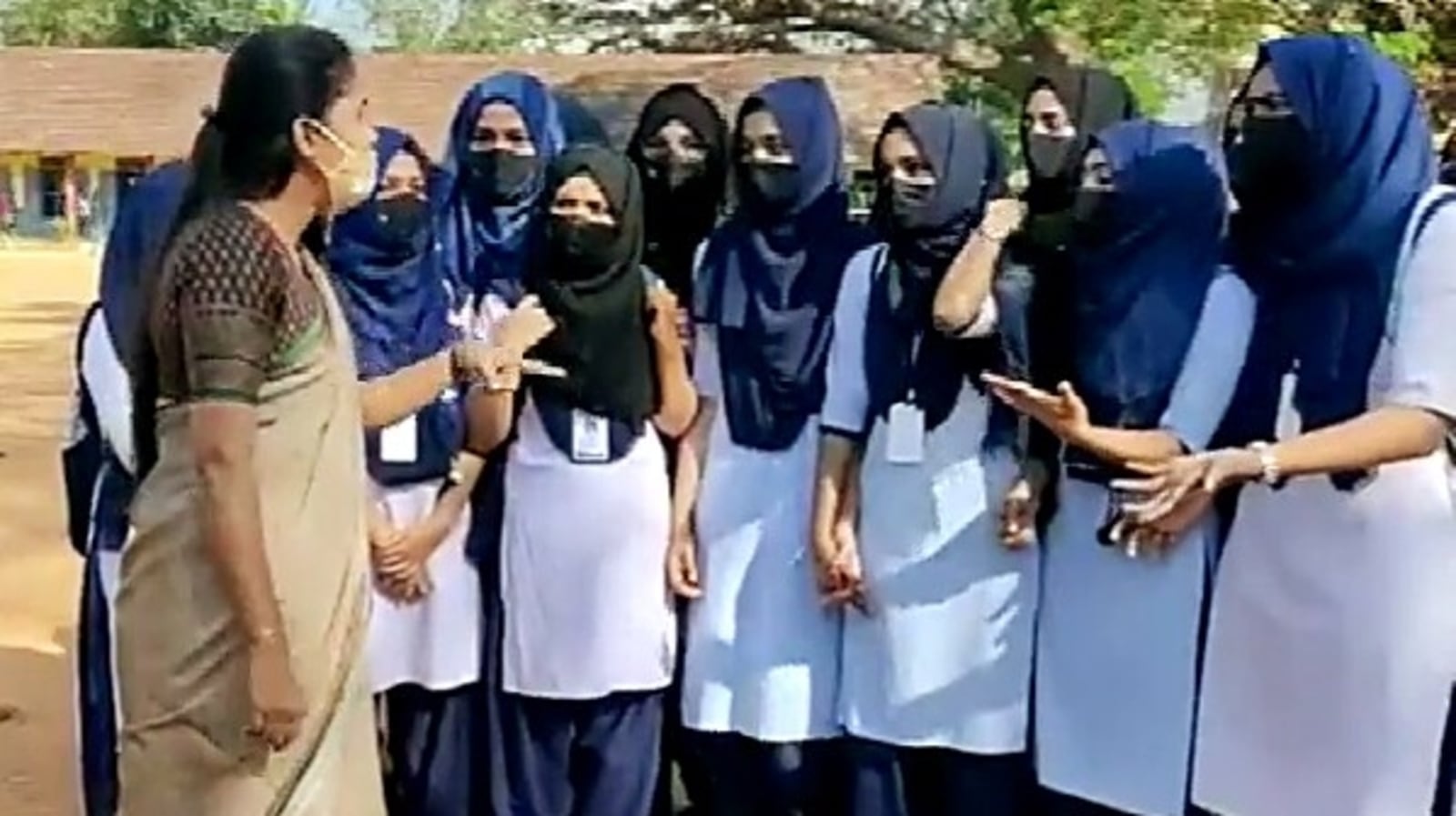 A special leave petition has been filed before the Supreme Court challenging the interim observations made by the Karnataka High Court yesterday directing no religious dress in colleges during pendency of the case challenging the Hijab Ban.A Full Bench of the Karnataka High Court had on Thursday observed that it will issue an order in this regard.The petitioner has produced tweets from Live...

A special leave petition has been filed before the Supreme Court challenging the interim observations made by the Karnataka High Court yesterday directing no religious dress in colleges during pendency of the case challenging the Hijab Ban.

A Full Bench of the Karnataka High Court had on Thursday observed that it will issue an order in this regard.

The petitioner has produced tweets from Live Law to refer to the observations made by the Chief Justice of Karnataka High Court while adjourning the hearing to February 14.

"We will direct that the institutions shall start. But till the matter is pending consideration before the Court, these students and all stakeholders, they shall not insist on wearing religious garments, may be headdress or saffron shawl. We will restrain everyone. Because we want peace and tranquility in State. We are seized with the matter. We can continue the matter on day to day basis", Chief Justice Ritu Raj Awasthi, who was presiding the 3-judge bench, had observed.

The High Court was hearing the petitions filed by Muslim students challenging Hijab Ban in colleges.

According to the petitioner, through the directions passed, the choice of conscience of individuals, more particularly, that of Muslim women students, is now put into question. The very essence of belief and practice guaranteed and protected by the Chapter of Fundamental Rights in the Constitution of India has been asked to be desisted from by the High Court and the careers and fate of Muslim women-students are in limbo, for the same.

According to the petitioner, the High Court through the impugned order has sought to curtail the fundamental right of Muslim student-women by not allowing them to wear the hijab and pursue their education.

It has been submitted that the right to wear a Hijab falls within the ambit of the right of expression guaranteed by Article 19 (1) (a), the right to privacy, and also the Freedom of Conscience under Article 25 of the Constitution. The same cannot be infringed upon without a valid "law".

The special leave petition states that the Karnataka Government has issued an order denying entry to Muslim Women wearing Hijab in educational institutions which creates an unreasonable classification between the non-Muslim female students and the Muslim female students and thereby is in straight violation of the concept of Secularism which forms the basic structure of the Indian Constitution.

According to the petitioner, the impugned order is also in sheer violation of Articles 14, 15, 19, 21, and 25 of the Indian Constitution and also violates the core principles of the International Conventions that India is a signatory to.

Being aggrieved by the impugned Government Order, as it is in violation of the Indian constitution, the Petitioner had approached the High Court challenging the validity of the same. A Full Bench of the High Court has been hearing the case.

The CJI however pointed out that a 3-judge bench of the Karnataka High Court is hearing the matter today afternoon, and hence expressed hesitation about Supreme Court's intervention at present

The matter mentioned by Sibal is a writ petition under Article 32 filed by one Fathima Bushra, a student of Govt PU College, Kundapura. The petition has been filed through Advocate on Record Javedur Rahman