Kashmir Situation Is Normal Except For Internet; Restrictions Are Minimal : Solicitor General 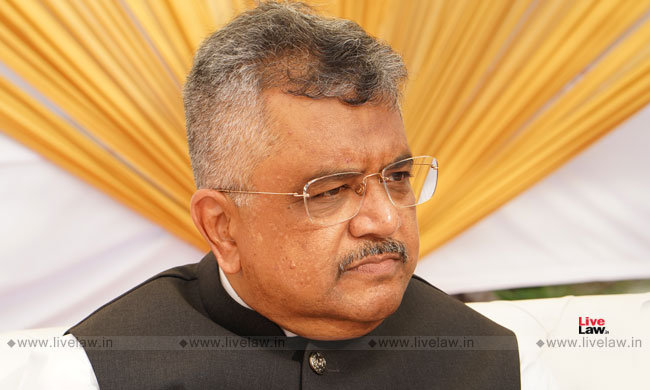 Solicitor General Tushar Mehta on Thursday commenced his arguments on behalf of the state government in the petitions challenging restrictions in Jammu and Kashmir. At the outset it was stated that it is the duty of a responsible government to protect the citizen's life and security. Calling the argument that there was no prevalent situation necessitating the shutdown untrue, Mehta said...

Solicitor General Tushar Mehta on Thursday commenced his arguments on behalf of the state government in the petitions challenging restrictions in Jammu and Kashmir.

At the outset it was stated that it is the duty of a responsible government to protect the citizen's life and security. Calling the argument that there was no prevalent situation necessitating the shutdown untrue, Mehta said action was taken in discharge of the government's Constitutional obligation. For the first time in 70 years, rights had been conferred on the people of Kashmir, not taken away. The SG submitted that the country was not dealing with any internal revolt, but is a victim of cross border terrorism. Terrorists take the help of locals and can attack digitally. Citing data and figures related to terrorist activities and casualties since 1990, he argued the decision to abrogate Article 370 was necessary and reiterated that it is for the first time that rights were conferred, not snatched. The situation is normal except for the internet, restrictions are minimal he assured.

The hearing was going on before the bench consisting of Justices N V Ramana, Subhash Reddy and B R Gavai.

Mehta went on to enlist the benefits of abrogation. There will be grassroot democracy with the application of the entire Indian constitution, different sections of society will benefit, working conditions will improve, various sections can get employment opportunities, property rights and rights of women will be upheld, applicability of Central laws will lead to development. Right to Education was not applicable earlier in Kashmir, yet no one came to court asking for its application added Mehta.

On the issue of free speech, the SG claimed that rights under Art 19 were not absolute and the government could regulate them in the interest of the state and the general public. Reasonable restrictions on fundamental rights are always imposed when there is compelling state interest, he said. There was application of mind, he argued, since movement was not banned despite landlines being shut and public assembly being prohibited.

Upon being questioned by Justice Ramana on the imposition of Section 144 in the entire state, Mehta submitted that it had been imposed according to police stations. The officer in charge takes the call as he has an understanding of the ground situation. There were 7 districts where no restrictions were imposed at all and some areas where it was lifted within a week, informed Mehta. Landline facilities were restored periodically and normal services resumed by September 4 and 202 police stations have been restriction free since September 27, he added. It is not an en masse block down as projected and the situation is being reviewed and decisions are being taken on a continuous basis, which shows an application of mind, asserted the SG. The threat perception and history of each area is taken into account before any decision, but it has wrongly been presented that there has been over 100 days of absolute clampdown across J&K. Most citizens are peace loving and it is the duty of the government to protect that majority against the threat and instability that a miniscule minority could cause. However, on being told by the Bench that the petitioners had argued that no reasoning was given to pass orders, Mehta simply stated that the government "can't disclose everything".

Criticizing the petitioners, Mehta said they had trivialised the Army's role and the manner in which security forces acted to ensure no loss of life, with their argument that the government cannot put a curfew and say there was no murder. He then stated that the discourse regarding children not going to school is misleading as over 99% students appeared for the scheduled exams, that internet services are available at certain places and tourists go to hotels regularly, where there is internet. He gave further data and figures on medicine availability, OPD visits, farmers selling apples, functionality of government offices, supplies of essential commodities and transport services.

Countering the claim made by Senior advocate Kapil Sibal on behalf of Ghulam Nabi Azad, Mehta claimed all transport services were restored in a week's time and now all forms of public transport were available on all routes. He further claimed all TV channels, radio stations and 70 approved and unapproved publications were running perfectly in J&K, but it was the petitioner, the Editor of Kashmir times, who chose not to publish from Srinagar.

On the allegation that the government's Ayushman Bharat scheme being unavailable due to internet being inaccessible, Mehta claimed that the common man was not suffering as not only did the scheme not require internet access, but there were other offline facilities which could be availed as well. Calling it a scheme for the poorest of poor who do not require to pay, it was said that the doctors that take a risk as they are paid at a later stage. He then read out data regarding the number of treatments that have taken place under Ayushman Bharat and other offline schemes to buttress his point. It was then discussed how the allegation of denying access to treatment came as a result of an article on a website called IndiaSpends.

Mehta relied on a piece in another website called OpIndia to say that IndiaSpends was found to be an unreliable source of information. The amount of reliance on newspaper pieces as evidence was discussed and J Gavai remarked that "it is well settled".

Mehta moved on to accuse the petitioners of selectively taking the Court through parts of the government's affidavit to say that over 7 million people had been locked down for over 100 days. "On September 30 the government had informed the situation…A media facilitation centre was established…regular interaction and communication was sent to them to disseminate information… Did anyone point out that the government, on affidavit, had said that this was the situation?" Mehta then reiterated, "as I said, it's need based restrictions and need based relaxations".

Upon being questioned by J Ramana, Mehta informed the bench that there were never any restrictions on watching television, and that radio and FM channels were broadcasting. "People saw the parliamentary proceedings on August 5". He also presented detailed accounts of medical procedures to assure that normal life is continuing in Kashmir.

Moving on to the manner in which Section 144 was imposed, Mehta started by outlining that the court is the custodian of rights of 99.9% of citizens and non state actors should not be allowed to disturb the life of a majority of the population. Measures were taken to protect people from threat of non state actors, he said. Referring to the Babulal Parate judgment, which the petitioners had relied on, the SG claimed it had been read selectively. The exact words of the order need not be looked at, the court must satisfy itself that the guidelines are being followed, urged Mehta while claiming that that was the ratio in Parate. "These guidelines include the need for 'speedy remedy'. Speedy.. immediate action!" Mehta also urged that the letter of each order is not to be scrutinized as magistrates lack a 'legally trained mind'.

Taking the bench through the contours of Section 144, Mehta argued that it is an action to ensure speedy remedy as a preventive measure for the maintenance of public peace and tranquility and it is for the district magistrate to see if there is a situation which satisfies him that such an order is to be passed. The DM is conferred with such powers under Section 144, which the petitioners do not challenge, so it is for this court to take a call as to whether ordering Section 144 was appropriate or not based on the history of the area, he added.

Referring to Babulal Parate again, it was submitted that the court had upheld the constitutionality of Section 144 and that it cannot be assumed that the DM would pass orders in an arbitrary manner. The court had also said that reliance on foreign judgements to interpret Indian cases should not be done, he added. Going on to distinguish rights and laws in the USA and India, Mehta gave the example of burning a flag which is a form of expression there, but a crime in India. He stated how it was a fundamental right of a journalist to name a rape victim in USA, but that's not permissible here. There are reasonable restrictions in India, unlike USA where rights are absolute.

On Mehta's request the Bench agreed to hear the remainder of his arguments at 12pm on Monday. Attorney General, KK Venugopal then argued on behalf of the Centre for the rest of the day.