KCET 2020: Non-Compliance Of SOP Should Not Be A Ground To Prohibit A Candidate From Writing Exam, Says Karnataka HC [Read Order] 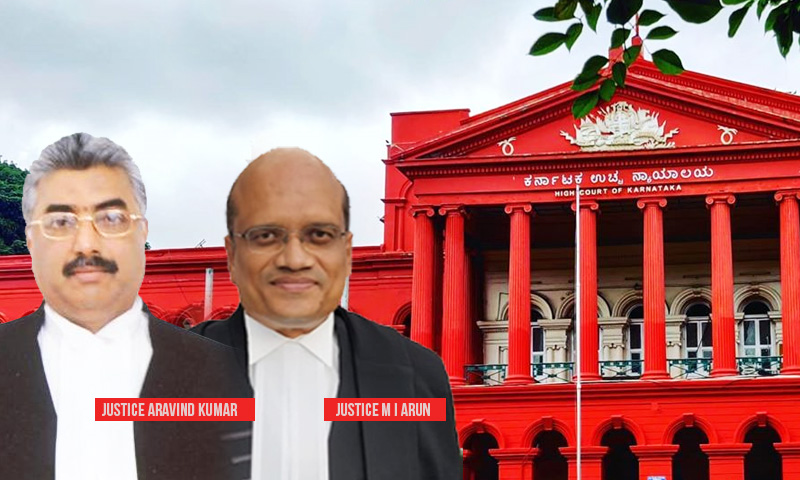 Clarifying certain vague areas in the Standard Operating Procedure framed by the Karnataka Government for the conduct of Common Entrance Test, the Karnataka High Court on Wednesday held that no candidate should be prevented from attending the exam scheduled to start from tomorrow, July 30, on any ground whatsoever."...we make it explicitly clear that on no ground whatsoever, a candidate shall...

Clarifying certain vague areas in the Standard Operating Procedure framed by the Karnataka Government for the conduct of Common Entrance Test, the Karnataka High Court on Wednesday held that no candidate should be prevented from attending the exam scheduled to start from tomorrow, July 30, on any ground whatsoever.

"...we make it explicitly clear that on no ground whatsoever, a candidate shall be prevented from attending the examination scheduled to be held from 30.07.2020", ordered a division bench comprising Justices Aravind Kumar and M I Arun.

The Court also clarified that non-compliance of conditions of the SOP such as the requirement to inform COVID-19 positive status in advance or production of medical certificate should not be a ground to prohibit a candidate from attending the exam.

"The respondent-authorities shall also ensure that on account of non compliance of the conditions prescribed under SOP dated 18.07.2020 namely not informing the authorities about COVID19 status in advance or non production of medical certificate from physician certifying that candidate is fit to write the examination and non-furnishing 'risk and consent' as a ground to prohibit them from taking up the examination", the bench ordered.

The Court ordered thus after noting that there were "grey areas" in the SOP.

As regards the condition for the production of medical certificates, the Court noted that it was difficult to procure the services of general physicians in the present scenario of COVID-19 pandemic.

Also, the SOP did not specify any last date for informing about the COVID-19 status. There could be instances where on the previous day of the exam, or on the day of the exam, the candidate tests positive for COVID-19. The status of such students remain unexplained in the SOP, the Court noted.

As per the SOP, separate rooms will be provided for COVID-19 positive students.

The Court further noticed that the SOP does not indicate as to how candidates would be provided transportation to travel from their place of stay to the examination centre.

These grey areas of the SOP affect the fundamental right of the students under Article 14 of the Constitution, the Court noted.

"...the SOP dated 18.07.2020 and submission note dated 29.07.2020 are vague in certain areas or in other words, grey areas which we have observed hereinabove by way of illustration and this may result in genuine candidates being deprived of attending the examination and thereby their right guaranteed under Article 14 and 21 of the Constitution would be infringed. In other words, if there is discrimination between 2 candidates who are equals and without any rational basis, Article 14 of the Constitution would definitely be attracted", the Court observed.

The Court directed that "all logistic support shall be extended by the State to ensure such of the candidates who require medical attention, transportation, food (in case of COVID-19 candidates) and other facilities are provided and respondent-authorities shall also make sure that not only inside the examination hall but also outside the centres namely, in the precincts of the examination centre, the conditions prescribed under SOPs issued by the Ministry of Health and Family Affairs and SOP issued by the State Government from time to time are scrupulously and strictly followed by the candidates and persons accompanying them".

The Court, however, refused the prayer to stay the exams after noting that more than 1,84,368 students have already downloaded the hall tickets which would indicate their preparedness and interest of those students.

The Court said that the interests of those students, who were not before the Court, required to be protected and that the same was taken into consideration to reject the interim relief to stay the exam.

#KCET2020
Read the operative portion of the order of Karnataka HC which clarified that no student should be disallowed from attending #KCETExams on the ground on not fulfilling conditions in SOP. The bench however refused the prayer to stay the exams.#KCETStudensInHCForJustice pic.twitter.com/IcK6EkS13o

The bench heard three petitions seeking the postponement of the exams for nearly two and a half hours from 3 PM on Wednesday.

Yesterday, a bench headed by Chief Justice Abhay S Oka had directed the state to reconsider the decision in the light of rising COVID-19 cases in the State, and directed it to place its new decision before the Court today (Detailed report of the Court hearing may be read here).

Today, the Government informed the Court that it has not changed its decision to conduct KCET on July 30, July 31 and August 1 as scheduled.

During the hearing, the Government told the Court that 51 candidates have reported positive for COVID-19 so far.