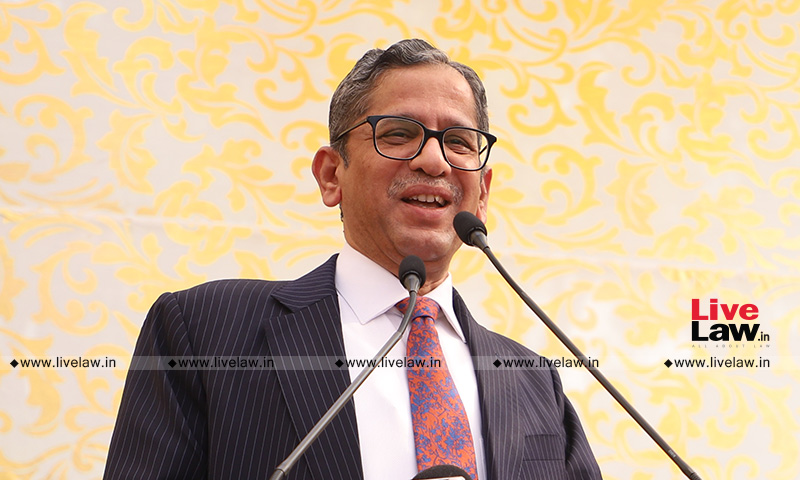 Chief Justice of India NV Ramana on Saturday emphasized on the importance of Alternate-Dispute Resolution (ADR) mechanisms as a form of resolution of conflicts. He underscored that legal practitioners must keep the option of approaching Courts as a 'last resort' in order to maintain relationships. The CJI was speaking at the Curtain Raiser and Stakeholders' Conclave organised by...

Chief Justice of India NV Ramana on Saturday emphasized on the importance of Alternate-Dispute Resolution (ADR) mechanisms as a form of resolution of conflicts. He underscored that legal practitioners must keep the option of approaching Courts as a 'last resort' in order to maintain relationships. The CJI was speaking at the Curtain Raiser and Stakeholders' Conclave organised by the International Arbitration and Mediation Centre, Hyderabad at the Hyderabad International Convention Centre (HICC).

"My advice, after participating in the legal profession for over 40 years in different capacities, is that you must keep the option of going to Courts as a last resort. Use this last resort only after exploring the option of ADR- arbitration, mediation and conciliation. Arbitration and mediation are efforts at restoring a relationship. I think that the most important factor behind the resolution of any dispute is having the right attitude. By right attitude, I mean we should leave aside our ego, emotions, impatience and embrace practicality. But, once these conflicts enter a Court, much gets lost in the practice and procedure", the CJI stated.

Opining further on the benefits of dispute resolution mechanisms such as arbitration and mediation and why parties generally prefer them over traditional litigation, the CJI remarked further that these ADR mechanisms cause fewer delays, they are less expensive and also facilitates more involvement of parties. He also stated that such mechanisms offer the possibility of a continued relationship between parties after the dispute resolution process.

"Mediation has immense potential for dispute resolution in India, for both domestic and international disputes. In addition to the above advantages, mediation also has following benefits: Allows for settlements and compromises between parties, ensuring there is no winner or loser in the process", the CJI stated further.

He further lamented about how the great Indian epic, the Mahabharata, provides an example of an early attempt at mediation as a conflict resolution tool, where Lord Krishna attempted to mediate the dispute between the Pandavas and Kauravas. He stated further that it may be worthwhile to recall that the failure of mediation led to disastrous consequences.

Enumerating upon the different ways people deal with conflicts, the CJI further stated that conflicts in one's personal life can be resolved with some effort in understanding one other. He further stated that people resolve conflicts in day to day lives by avoiding people they don't like or sacrificing some property or money in order to garner some metal peace.

"Sometimes, you may choose the path of silence or even develop a philosophical attitude to such issues. Every day, in our lives, we face conflicts - be it between family members or in our business or professional life", CJI Ramana remarked further.

The CJI further stated that the setting up of the International Arbitration and Mediation Centre in Hyderabad will change the trend of parties opting for arbitration centres outside India.

"This Centre is being established with the best infrastructure and the empaneling of internationally acclaimed arbitrators and mediators. Best practices from across the world are being taken into consideration to ensure efficient functioning of the center and for drafting of the rules. With a global perspective and an emphasis on quality, I can assure you that it would soon be comparable to Arbitral Institutions like SIAC", the CJI remarked further.