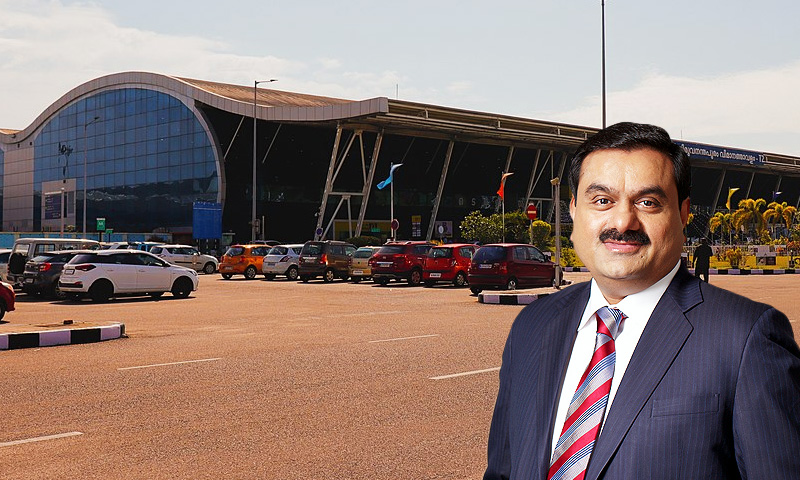 The Kerala Government has approached the Supreme Court against the decision of the Airport Authority of India to hand over the operation and management of Thiruvananthapuram International Airport to Adani Enterprises Ltd.On December 18 last year, the High Court of Kerala had rejected the Kerala Government's writ petition against the decision holding that case came under the ambit of Article...

The Kerala Government has approached the Supreme Court against the decision of the Airport Authority of India to hand over the operation and management of Thiruvananthapuram International Airport to Adani Enterprises Ltd.

Challenging this judgment of the High Court, the Kerala government has filed Special Leave Petition in the Supreme Court. A bench comprising CJI S A Bobde, Justices Surya Kant and B R Gavai adjourned the petition on Thursday.

The decision of AAI to prefer a private party ignoring the offer of the Kerala Government to operate and manage the Airport at the same commercial rates as quoted by Adani Enterprises is challenged as "arbitrary, motivated by mala fides, and devoid of public interest".

Since Adani Enterprises has no previous experience in handling airports, the decision of AAI will not advance public interest, the petition stated.

"The attempt on the part of the Airport Authority to grant right of Operation, Management and Development of Thiruvananthapuram Airport, to a private party, Respondent No.9(Adani), who has no previous experience in managing airports, is not in public interest and is violative of the provisions of the Airport Authority of India Act, 1994 as well as the proprietary rights of the State Government as regards the land wherein the Thiruvananthapuram Airport is situated, especially when the Hon'ble Chief Minister of Kerala, has offered to take the project at the rate at par with what was quoted by Respondent No.9".

In the High Court, a division bench comprising Chief Justice S Manikumar and Justice A M Shaffique observed that since the AAI was only pursuing a policy decision of the Union Government, the case was in the nature of a dispute with the Central Government, which can be resolved only under a suit under Article 131 of the Constitution.

This reasoning is challenged by stating that a suit under Article 131 does not contemplate disputes with state instrumentalities and private parties.