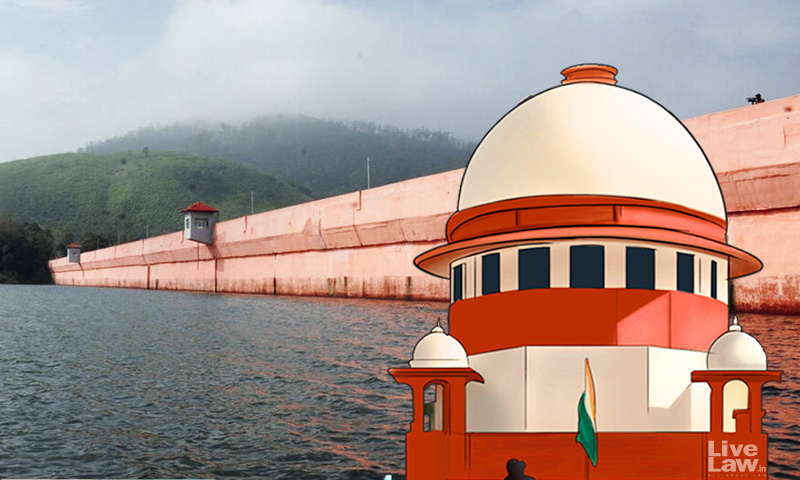 The Kerala government has submitted before the Supreme Court that the Mullaperiyar dam is extremely vulnerable due to its age, large catchment area and limited storage capacity and therefore must be decommissioned for a new dam to be built. The submissions were made vide a note submitted to the Apex Court by Kerala government. The note averred that the Mullaperiyar Dam is...

The Kerala government has submitted before the Supreme Court that the Mullaperiyar dam is extremely vulnerable due to its age, large catchment area and  limited storage capacity and therefore must be decommissioned for a new dam to be built.

The submissions were made vide a note submitted to the Apex Court by Kerala government. The note averred that the Mullaperiyar Dam is a 126-year-old composite gravity dam and that seismic forces were not given consideration while building the dam. As a result, despite strengthening measures having been undertaken taken twice, the dam is in a deteriorating condition due to its age.

"The consequences of any failure of this dam could be extremely catastrophic and beyond human imagination. The apprehensions of the Govt. of Kerala regarding the life and safety of more than 30 lakh people of 5 districts residing downstream of the dam has to be given due importance and consideration", the note stated further.

It was also stated that the dam has a large catchment area but only limited storage capacity which further increases its vulnerability.

Thus the State submitted that the logical step is to decommission the existing dam and construct a new on especially because of the impending monsoon which could proof to be catastrophic.

"The coming monsoon that is to set off during this week too would likely affect the inflow into MPD, hence the State of Kerala reiterates its stand to increase the outflow to the maximum possible extent. Hence the logical next step is construction of a new dam to ensure water to Tamil Nadu and security to people living downstream and to decommission the existing dam", it was stated further.

The submissions were made pursuant to a plea by the Kerala government to ensure that water level in the dam's reservoir is not allowed to exceed 139 feet, three feet below the permissible limit of 142 feet as prescribed by the 2014 judgment of the Supreme Court.

On October 25, the Supreme Court had acknowledged that the issue pertaining to the fixing of maximum water level  is a serious one and had accordingly sought the response of the supervisory committee of the Mullaperiyar dam on the immediate need to specify the water level.

A bench comprising Justices AM Khanwilkar and CT Ravikumar had directed Additional Solicitor General Aishwarya Bhati to get instructions from the committee.

"We direct all authorities concerned to interact urgently and Committee to take a decision as to water level to be maintained", the bench had ordered. "Instead of debating here, do something constructive there. Everyone has to work seriously and sincerely. This isn't political arena where you'll debate, its about people's lives. Its due to inaction of one party or other that we have to interfere", Justice Khanwilkar orally observed after the order was dictated.

"There was a meeting of the committee, the supervisory committee was seeing the issue on hourly basis. They have said no change is required. After minutes of meeting were drawn, Kerala has dissented, that they were not party of this", the ASG had stated to a bench comprising Justices AM Khanwilkar, Dinesh Maheshwari and CT Ravikumar.

The note submitted by the Kerala government also pointed out that since the catchment area of the dam is big and the capacity is less, water level in the Mullaperiyar reservoir increases rapidly compared to Idukki dam downstream which has catchment area of 650 sq.km and has a capacity of 70.5 TMC ft.

The Kerala Government has disputed the rule curve adopted by the Tamil Nadu government before the Supervisory Committee.

"...it is seen that the concerns/ remarks of the State of Kerala on the issue was not seen reflected in the said minutes furnished to the Hon'ble Supreme Cour by MSC", the note submitted.

However, Tamil Nadu has maintained that the dam is safe. Advocate V Krishnamurthy, appearing for the State of Tamil Nadu had told on Monday that the water level at the dam s 137.2 feet. He pointed out that as per the judgments delivered by the Supreme Court in 2006 and 2014, Tamil Nadu is entitled to keep the water-level in the dam till 142 feet.

The matter is slated to be taken up for further hearing today at 2pm.

Click here to read/download the written submission of Kerala