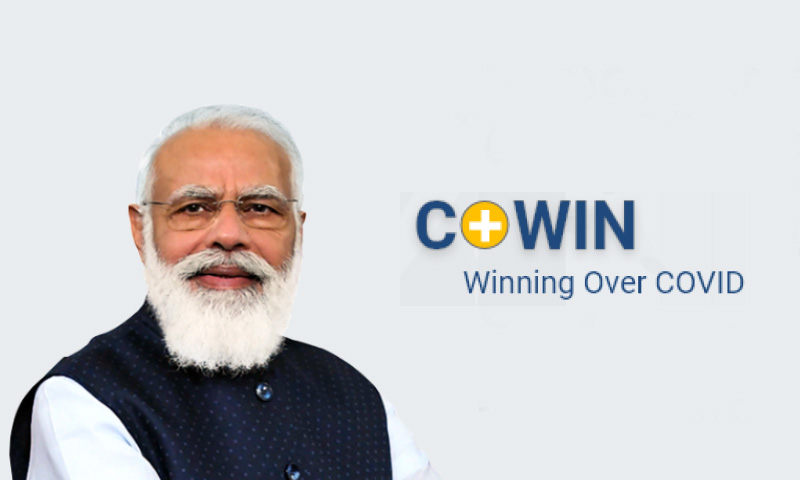 In a highly anticipated move, the Kerala High Court on Tuesday dismissed the plea challenging the photograph of Prime Minister Narendra Modi being affixed on the vaccination certificates issued to citizens upon being vaccinated against Covid-19 and imposed a hefty cost of Rs. one lakh on the petitioner. Justice P.V. Kunhikrishnan while dismissing the plea observed: "According to...

In a highly anticipated move, the Kerala High Court on Tuesday dismissed the plea challenging the photograph of Prime Minister Narendra Modi being affixed on the vaccination certificates issued to citizens upon being vaccinated against Covid-19 and imposed a hefty cost of Rs. one lakh on the petitioner.

"According to my opinion, this is a frivolous petition filed with ulterior motives and I have a strong doubt that there is political agenda also to the petitioner. According to me, this is a publicity oriented litigation. Therefore, this is a fit case that is to be dismissed with a heavy cost."

The Court further noted that filing such frivolous cases was a waste of judicial time:

"Thousands of convicted persons in criminal cases are in jail in our country waiting for hearing their appeals. Thousands of people are waiting for a result in their matrimonial disputes. Thousands of people are waiting for the result in their property disputes. In such a situation, this Court has to consider those litigations as early as possible and this Court is doing that every day. In such a situation, when frivolous petitions are filed, that should be dismissed with a heavy cost."

"A citizen of this country argues before the High Court that carrying the photograph of his Prime Minister in the vaccination certificate with a morale boosting message in a pandemic situation is an intrusion to his privacy. The petitioner says that it is a 'compelled viewing'. As I observed earlier, these are frivolous contentions, which never expects from a citizen."

As such, the writ petition was dismissed imposing a cost of Rs.1,00,000 (Rupees One Lakh only) to be paid by the petitioner to the Kerala State Legal Services Authority within six weeks.

It was also ruled that if the amount is not paid by the petitioner within six weeks, the KELSA will take appropriate steps to recover the same through revenue recovery from the assets of the petitioner, in accordance to law forthwith and report the same before the Registrar General of this Court after recovery.

Read another report about the judgment - It Is The Duty Of Citizens To Respect The Prime Minister Of India : Kerala High Court

The petitioner is a senior citizen of India and an RTI activist. He received a paid COVID-19 vaccination from a private hospital. Soon he received his certificate as proof for the vaccination, which bore the photograph of the Prime Minister of India along with a message.

Aggrieved by the same, he moved the Court alleging several Fundamental Right violations. Accordingly, the petitioner sought a declaration that the photograph of the Prime Minister on the COVID-19 Vaccination Certificate of the petitioner is a violation of his fundamental rights.

Further, the petitioner has prayed that he may be issued with a Covid-19 vaccination certificate without the Prime Minister's photograph affixed on it along with access to the COWIN platform, to generate such a certificate when needed.

The respondents were represented by ASG S. Manu in the matter and argued that the petition is not maintainable as there is no mention of the violation of constitutional rights. Moreover, the petitioner has only paid for the vaccination, not the vaccine certificate, it was contended.

In the previous hearing of the case, the Court had examined the credibility of the plea asking why it was shameful to have the image of our country's Prime Minister on one's vaccination certificate:

"He is our Prime Minister, not the Prime Minister of any other country. He came to power through our mandate. Merely because you have political differences, you cannot challenge this...Why are you ashamed of our PM? 100 crore people don't seem to have an issue with this so why do you? Everyone has different political opinions, but he is still our prime minister. You are wasting judicial time."

Upon noting that the petitioner was the State-level master coach of the Jawaharlal Nehru Leadership Institute of New Delhi, the Court had remarked:

"You work at an Institute named after a Prime Minister. Why don't you ask the university to take that down as well?"

During one of the earlier hearings before another Bench, the Court had discouraged the petition citing that it had larger implications. Nevertheless, the plea was admitted and notice was issued to all the respondents in the matter.