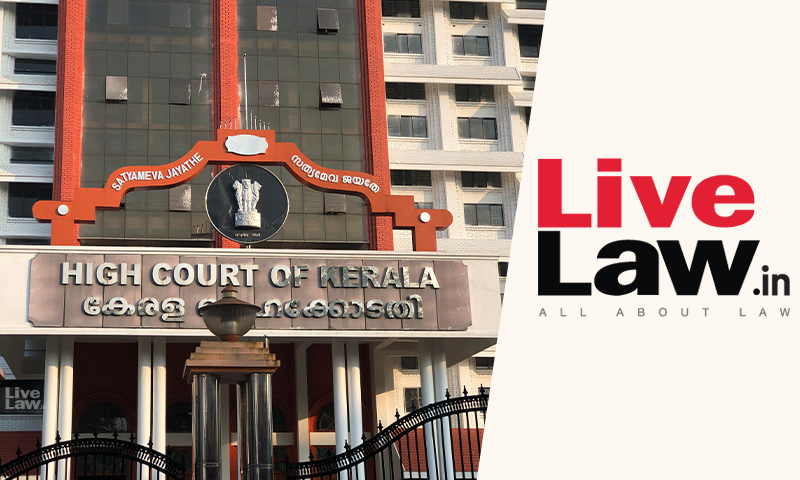 The Kerala High Court on Wednesday issued notice to the Central Government on a writ petition filed by LiveLaw challenging the constitutional validity of Information Technology (Guidelines For Intermediaries And Digital Media Ethics Code) Rules, 2021, notified by the Centre on February 25, as imposing "arbitrary, vague,disproportionate and unreasonable" restrictions on digital news media...

The Kerala High Court on Wednesday issued notice to the Central Government on a writ petition filed by LiveLaw challenging the constitutional validity of Information Technology (Guidelines For Intermediaries And Digital Media Ethics Code) Rules, 2021, notified by the Centre on February 25, as imposing "arbitrary, vague,disproportionate and unreasonable" restrictions on digital news media and social media intermediaries.

A single bench of Justice PV Asha also restrained the Central Government from taking any coercive action against LiveLaw under Part III of the IT Rules, which deal with digital media regulation.

"The Respondents shall not take any coercive action against petitioners for non-compliance of the provisions contained in Part 3 of IT Rules, as the petitioners are the publishers of law reports and legal literature", the interim order passed by Justice Asha of Kerala HC says.

The petition was filed by LiveLaw News Media Pvt Ltd, the publisher of online legal news website www.livelaw.in, challenging the Rules as illegal and violative of Articles13,14, 19(1)(a), 19(1)(g), and 21 of the Constitution of India and also ultra vires the parent Act, the Information Technology Act. The other petitioners in the case are M.A Rashid and Manu Sebastian, Founder & Chief Editor and Managing Editor of LiveLaw respectively.

Read the interim order passed by Kerala High Court restraining coercive action against LiveLaw for non-compliance of provisions of Part III of the new IT( Guidelines for Intermediaries and Digital Media Ethics Code) Rules 2021. pic.twitter.com/stoRNgzwhz

Advocate Santhosh Mathew, appearing for the petitioners, submitted before the bench that the Information Technology Act did not confer any rule-making power on the Central Government to regulate digital media.

He argued that the regulatory mechanism under the Rules are invasive, disproportionate and arbitrary. They cannot be termed as "reasonable restrictions" under Article 19(2) of the Constitution.

"We are reporting judgments. Somebody to whom the judgment is not palatable, may make a grievance, and we are required to sit in appeal over the content", Mathew indicated the possible hardships caused by the rules.

He also pointed out that LiveLaw publishes articles and opinion pieces on legal affairs, and persons who may disagree with such views can use the Rules to file complaints.

The Rules are undoing the procedural safeguards ensured by the Supreme Court in the Shreya Singhal judgment for intermediary regulation.

"The intermediary applying its own mind whether content is to be blocked is absent in Section 69A, the SC noted in Shreya Singhal. The problem is we have to sit in judgment over objections", he pointed out.

Illustrating difficult situations possible due to the Rules, Mathew said :

"Mr.A is writing an article. Somebody takes an objection. I am obliged to take it down. It could be a retired Supreme Court judge writing the article. I cannot issue a notice to him. This can put us in a lot of embarrassing situations".

He emphasized that reasonable restrictions on fundamental rights under Article 19 can be imposed only through a law enacted by the legislature. The presumption of constitutionality is not applicable to the executive rules.

Central Government Counsel Suvin Menon argued that the source of power of the Rules can be traced to Sections 69A and 69B of the IT Act. Even if those provisions are not mentioned in the Rules, that by itself will not make them bad in law, as the substantive rule-making power of the authority is not affected by the mere non-mentioning of the source of power.

"I will place on record the background. Post 2010 social media activism has been in the high. Several news media outlets have developed. Are these persons not accountable?", the CGC submitted.

Justice PV Asha at this juncture observed that there should be exemption for law reports. The CGC replied that there was no problem with the reporting of the judgments but the publication of the articles need oversight.

"There are articles which are contemptuous", the CGC said.

"The Court will take care of it", Justice Asha replied.

Asserting that the editor and publisher will be liable for the articles published, the CGC submitted :

"It is not that they are publishing everything that is transmitted to them. Articles which have personal opinion of the author, who is accountable?. They are also liable. Because they are providing the medium. Lakhs of people are reading these article".

"I am not saying I am not liable. I am only saying under Section 69A IT Act they have no power to regulate me", Santhosh Mathew responded.

The CGC submitted that the Rules contemplate a three level regulatory framework and the Ministry's oversight comes only after the levels of internal-regulation and self-regulatory bodies.

"How can this get better than this?", the CGC asked.

Santhosh Mathew responded that the 'self-regulatory body' under the Rules is "at the mercy of the Central Government".

"The irony is they call it "self regulatory". This body has to be registered with the Ministry. Before registering, the Ministry will take a call if it is acceptable to them", he said. He added that the Rules imposes onerous conditions on small organisations like the petitioner, who will be now obliged to appoint a full time grievance redressal officer to deal with complaints within 24 hours.

Section 69A only concerns with intermediaries and cannot be used to regulate digital media, Mathew reiterated.

At this juncture, Mathew pointed out the Rules have come into immediate effect with their notification on February 25. This means, any person can file a complaint, and the petitioner will be obliged to reply within 24 hours.

Following this, Justice Asha proceeded to grant interim protection to the petitioner, while issuing notice. Justice Asha also observed that the representation filed by the Chief Editor of LiveLaw, MA Rashid, to the Ministry regarding the Rules will need consideration. The CGC agreed to consider the representation.

CGC : During the reign of Rani Lakshmi Bai, the first regulation for print media came. That time also the same argument was raised.#KeralaHC #ITRules

Grounds raised in the petition

The petition stated that the Rules "imposes an unconstitutional three-tiered complaints-and-adjudication structure upon publishers, which makes the executive both the complainant and the judge on vital free speech questions involving blocking and take down of online material". This mechanism, the petitioners argue, is both arbitrary and violates the rule of law and separation of powers, especially since there is no provision for the aggrieved publishers to appeal against the decision of the Inter-Departmental Committee consisting only of members of the executive.

It is further argued that the Rules impermissibly extends the scope of the IT Act to publishers of online news, current affairs, and online curated content, and is thus ultra vires the parent statute, which does not contemplate the regulation of Digital News Media.

"The provision for 'review' under Rule 17 does not even provide any lip service to the rights of Digital News Media since the 'Review Committee' solely comprises of members of the executive (with the same Ministries as involved in the Inter-Departmental Committee); does not provide the aggrieved publisher with a right to be heard; and fails to provide any judicial oversight over the censorship complaint by Respondent No. 2(I&B Ministry)", the petition reads.

The petition highlights that the Rules imposes a disproportionately onerous set of administrative regulations upon Digital News Media, which will make it virtually impossible for small or medium-sized publishers to function.

It is contended in the petition that the "Code of Ethics" included in the Rules use vague and loose terms which are capable of being gross abuse. It is pointed that the Supreme Court judgment in the case Shreya Singhal v Union of India had struck down Section 66A of the IT Act on the grounds of vagueness and looseness. Therefore, the Rules are also liable to be struck down on the same grounds.

Under the guise of issuing Rules under Section 87 of the IT Act, the Respondents have brought Petitioner No. 1 and other Digital News Media under the purview of the Press Council of India Act and the Cable Television Networks (Regulation) Act, 1995, without amending either of the latter two legislations.

"LiveLaw, as an organization, seeks institutional accountability and is often called upon to take critical stances against institutions. The impugned Rules, especially the executive control over the grievance redressal and Oversight Mechanism, will have a chilling effect on the functioning of Petitioner No. 1 since it would effectively discourage any reporting that may not be palatable to institutions of power. Digital News Media outlets such as Petitioner No. 1 may be forced to self-censor content that even appears to stray close to the prohibited line (while being fully legal) rather than publish the content and risk legal consequences"

"The chilling effect extends not only to the opinions published by Petitioner No. 1, but also to its factual reporting and live reporting of court proceedings. Individuals with vested interests may utilize the impugned Intermediary Rules to file baseless complaints. Even if these complaints do not result in any action because they lack merit, it would impose a huge financial and resource burden on a small organisation such as Petitioner No. 1 of responding to every complainant in 15 days, and then defending the publication before multiple appellate forums (Self-Regulatory Body and Oversight Mechanism). The impugned Rules would effectively force small Digital News Media entities to self-censor than publish any controversial or critical speech, regardless of its permissibility under law. The problem is further exacerbated by the fact that under the self-regulatory mechanism prescribed in Part III, if a complaint is filed with respect to an opinion piece published by Petitioner No. 1, the author of the particular opinion piece has no right to be heard, and their rights under Article 19(1)(a) will be infringed".

Yesterday, the Delhi High Court had issued notice on a petition filed by 'Foundation for Independent Journalism'(a non-profit company which owns 'The Wire') challenging the Rules. A division bench headed by Chief Justice DN Patel has posted that petition next on April 16.