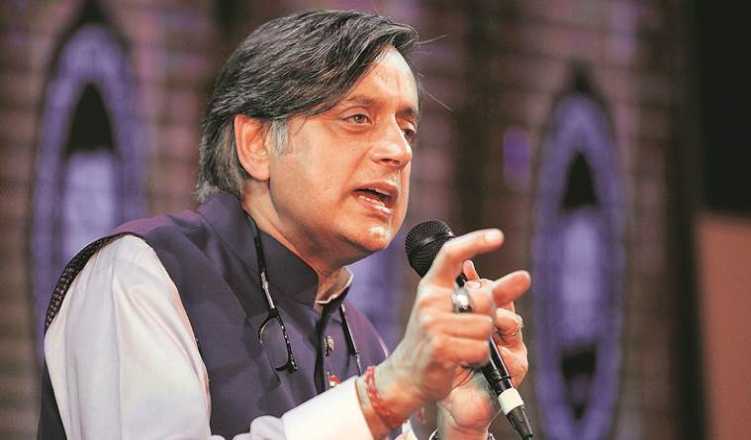 Following a defamation complaint against Dr Shashi Tharoor for purportedly making unwarranted imputation on the chastity of Nair women in his book The Great Indian Novel, the Kerala High Court has allowed a stay on all proceedings relating to the complaint. Justice Gopinath P issued the order of stay after Dr Tharoor moved the High Court against the complaint. The complainant,...

Following a defamation complaint against Dr Shashi Tharoor for purportedly making unwarranted imputation on the chastity of Nair women in his book The Great Indian Novel, the Kerala High Court has allowed a stay on all proceedings relating to the complaint.

Justice Gopinath P issued the order of stay after Dr Tharoor moved the High Court against the complaint.

The complainant, one Sandhya Sreekumar, alleged that a sentence in the book made an unwarranted imputation against the chastity of Nair women. Specifically, Sreekumar took umbrage at this sentence in the book - "In Kerala the men of the Nair community only learn that their wives are free to receive them by seeing if another man' slippers aren't outside her door".

In her complaint, she narrated that a close acquaintance of hers once asked her if she was free or whether there was any footwear outside her room. When she read the novel later, she discovered the sentence, surmising that she was treated with contempt and disrespect on account of it.

Aggrieved, Sreekumar approached the Court of the Additional Chief Judicial Magistrate at Thiruvananthapuram with a private complaint for criminal defamation against Dr Tharoor (Section 499 of the Indian Penal Code, punishable under Section 500).

The Additional Chief Judicial Magistrate conducted an inquiry and thereupon took cognizance of the case, issuing summons to Dr Tharoor.

Challenging the proceedings, Dr Tharoor in his petition filed through Advocates BS Suraj Krishna, Jithu B and Febin Raj TS seeks a quash on the complaint.

The petition also assails the cognizance taken upon the complaint since Sections 468 and 469 of the Code of Criminal Procedure allow for cognizance only within three years of the date of the offence. Since the book was published in 1982, the period within which the cognizance could be taken expired in the year 1992, it is argued.

On merits, Dr Tharoor's petition argues that a complete reading of the part in which the impugned sentences appeared clearly established that the sentences were not used in a derogatory sense and with a malicious intent to the malign Hindu-Nair Community to which "the author himself belongs" or its women folk. "In his immediate family, the petitioner/accused's mother is a Nair woman and he has two sisters both of whom are Nair Women," Dr Tharoor's petition states.

"The impugned statement of the petitioner/accused is not just a figment of his imagination. The sexual liberty of the Nair Women is well known and is well documented in the annals of history by various historians, contemporary as well as medieval and fundamentally…Noted historians like, A.Sreedhara Menon in his much-celebrated work on the history of Kerala 'Kerala Charithram' and K.P.Padmanabha Menon, in 'Kochi Rajya Charithram' say about the social life of the various communities of Kerala in the Sixteenth and Seventeenth Centuries …A person reading the Book never gets an idea that the Hindu Nair Woman of the present day lead a liberal sexual life composed of loose social fabric, which is a matter of contempt in the eyes of other community members"

The petition also references the Supreme Court dictum in Subramanian Swamy v. Union of India and other cases to state that a mere publication of an imputation by itself may not constitute the offence of defamation unless such imputation has been made with the intention, knowledge, or belief that such imputation will harm the reputation of the person concerned."

Averring that the complainant totally mistook the intent and purport of the narrative and its historical setting and the context, the plea seeks a quash on the proceedings before the Additional Chief Judicial Magistrate's Court.