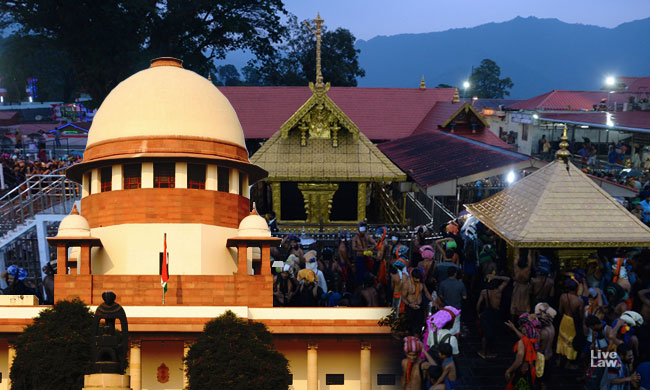 As per 'List of Business', the bill seeks to provide for maintaining status quo on religious practices of the Sabarimala Sreedharma Sastha Temple, as existed on the 1st day of September, 2018.

On September 28, 2018, the Apex court, by a 4:1 majority, permitted entry of women of all age groups to the Sabarimala temple, holding that 'devotion cannot be subjected to gender discrimination'. Many review petitions were filed by various individuals and organizations against the verdict, which have been heard and reserved for orders.

The verdict had evoked intense reactions from devotees and political/religious groups who resisted the entry of women who tried to enter the shrine on the strength of this verdict.
In January, Anto Antony, a Congress Parliamentarian from Pathanamthitta, the constituency where the temple is situated, had urged the Central Government to bring in legislative measures to overcome the Supreme Court verdict.

Will Such a Legislation be Unconstitutional?

In a judgment delivered last year, the Supreme Court while setting aside Kerala Professional Colleges (Regularization of Admission in Medical Colleges) Ordinance 2017, had observed that the Judicial pronouncement, either declaratory or conferring rights on the citizens cannot be set at naught by a subsequent legislative act. The day is not far off when every judgment can be annulled, Justice Arun Mishra had remarked in this case.

In State of Tamil Nadu vs. State of Kerala, the Supreme Court struck down the Kerala Irrigation and Water Conservation (Amendment) Act, 2006 on the ground that it was enacted to nullify the Supreme Court judgment in Mullaperiyar Environmental Protection Forum v. Union of India which permitted the water level of Mullaperiyar dam to be maintained at 142 feet. Incidentally, this bill was introduced before Kerala Legislature by the then MLA and Minister for Water Resources NK Premachandran. The Court had remarked:

"Under the pretence of power, the legislature, cannot neutralize the effect of the judgment given after ascertainment of fact by means of evidence/materials placed by the parties to the dispute. A decision which disposes of the matter by giving findings upon the facts is not open to change by legislature. A final judgment, once rendered, operates and remains in force until altered by the court in appropriate proceedings. The nub of the infringement consists in Kerala legislator's revising the final judgment of this Court in utter disregard of the constitutional principle that the revision of such final judgment must remain exclusively within the discretion of the court." 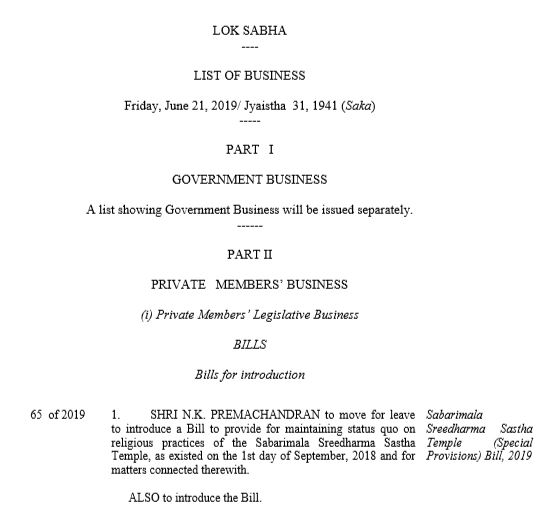