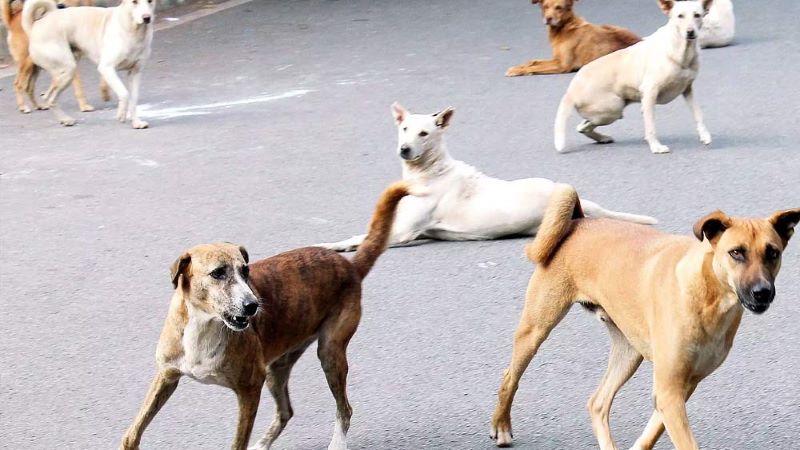 Amid the rising stray dog menace in Kerala, an animal rights forum has approached the Supreme Court opposing move for culling of dogs. Instead, the forum has given a set of alternate proposals which can held in resolving the issue.The application for Intervention has been filed in an appeal which challenges the final judgment pronounced by the High Court of Kerala in which the Court...

Amid the rising stray dog menace in Kerala, an animal rights forum has approached the Supreme Court opposing move for culling of dogs. Instead, the forum has given a set of alternate proposals which can held in resolving the issue.

The application for Intervention has been filed in an appeal which challenges the final judgment pronounced by the High Court of Kerala in which the Court had issued directions to the Local Authorities enabling them to exercise the powers under the provisions Animal Birth Control (Dogs) Rules, 2001 and the Prevention of Cruelty to Animals Act, 1960.

The Application filed by Walking Eye Foundation for Animal Advocacy to oppose any grant of relief which would have effect of inflicting any sort of harm to stray dogs.

"As this Hon'ble Court is to decide on issues pertaining to culling stray dogs, the same would have far reaching consequences on animal welfare and the present Applicant who is involved in the welfare of animals across the State of Kerala would be a necessary and proper party in the present proceedings", the application stated.

The applicant has submitted in the application that there are several laws which have been enacted with the object of protecting animals in India. The Application placing reliance on the judgment of Animal Welfare Board of India vs A. Nagaraja & Ors. stated that, "This Hon'ble Court went on to declare that the following five freedoms be read into Sections 3 & 11 of the Prevention of Cruelty to Animals Act, 1960 – i) freedom from hunger, thirst and malnutrition; ii) freedom from fear and distress; iii) freedom from physical and thermal discomfort; iv) freedom from pain, injury and disease; and v) freedom to express normal patterns of behaviour."

The Application submitted that the State of Kerala while issuing directions had not complied with directions of the Supreme Court in Animal Welfare Board of India vs People for Elimination of Stray to follow the guidelines issued by the Union of India. The application also submitted that, "The failure of the government in the proper implementation of Animal Birth Control (Dogs) Rules, 2001 (hereinafter the "ABC Rules"), Prevention of Cruelty to Animals (Dog Breeding and Marketing) Rules 2017, and Prevention of Cruelty to Animals (Pet Shop) Rules 2018 led to the present panic situation." The Applicant had also submitted that there had noticed fake news related to stray dog bites have incited fear among the public and have resorted to illegal killing of dogs.

The applicant had pointed out some issues which they have submitted needs to be addressed immediately, Animal Birth Control Programme not being implemented properly, Lack of Shelter Homes in Kerala, Police desisting from taking action against animal cruelty, lack of proper feeding points, lack of veterinary hospitals and ambulances and lack of trained animal handlers.

The organization has given the following proposals :

(a). A proper survey of stray dogs, strict implementation of the ABC Rules 2001 and an anti-rabies vaccination drive are to be carried out in all places with immediate effect;

(b). Instruct the respective departments to implement existing court orders, rules, and acts with immediate effect;

(c). Strict implementation of pet animal surveys, pet licensing, and microchipping to be carried out to reduce further abandoning;

(d). Compulsory sterilization of owned dogs that have no breeding license;

(e). Police department to file FIR on all reported animal cruelties so that number of cruelty cases can be reduced

(h). Boarding or inpatient facilities to accomodate a minimum of 50 dogs atonce, to be provided in Government Hospitals;

(i). Provision of feeding points at various locations and arrangement of quality food at the designated feeding points with the help of animal caretakers;

(j). Direction to the Health Department to shut down all the illegal slaughterhouses across the state so that the availability of raw meat and contamination of water bodies by improper waste disposal can be avoided;

(k). Sanction of more animal ambulances and a minimum of one ambulance may be made available in every district and its functioning should be user-friendly;

(l). Crematoriums exclusively for disposing of carcasses to be built in every district;

(m). Awareness programmes, webinars, seminars, and workshops to be conducted to reduce human-animal conflicts with the help of registered animal welfare organizations and the state animal welfare board;

(n). Direction to the Kerala State Animal Welfare Board to conduct an immediate board meeting to address the aforementioned issue.

The application has been drafted by Advocate Kartik SD, settled by Senior Advocate V Chitambaresh and has been filed through Advocate John Mathew.

The matter was mentioned by Advocate V. K. Biju before the Supreme Court where the bench agreed to list the matter on the 9th of September. The lawyer highlighted the recent spike in stray dog bites in the state, and mentioned that a 12-year old girl is battling for life after being attack and stated that, "Kerala has become dogs own country from gods own country." The counsel requested to call for the present status from Justice Siri Jagan Commission.

In 2016, Justice Siri Jagan commission had submitted a report before the Supreme Court which stated that the "excessive" stray canine population will continue to pose "very serious threat" to public safety unless brought down to "manageable level".

The matter is listed tomorrow for hearing before a bench comprising Justices Sanjiv Khanna and JK Maheshwari.