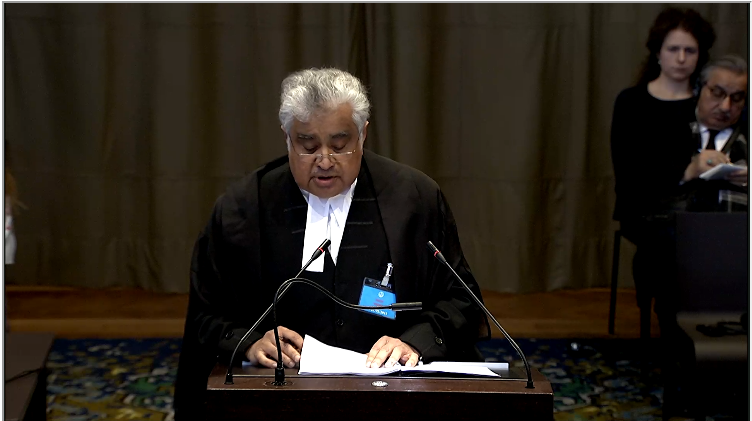 x
Salve referred to Pak inaction against those behind 26/11, Pulwana attacks.

On the third day of hearing of Kulbhushan Jadhav's case at the International Court of Justice at Hauge, Senior Advocate Harish Salve advanced arguments for India in response to Pakistan's submissions yesterday.At the outset, Salve took strong objection to Pakistan using the terms "shameful" and "arrogant" in its memorial to describe Indian contentions. He also criticised the use of...

On the third day of hearing of Kulbhushan Jadhav's case at the International Court of Justice at Hauge, Senior Advocate Harish Salve advanced arguments for India in response to Pakistan's submissions yesterday.

At the outset, Salve took strong objection to Pakistan using the terms "shameful" and "arrogant" in its memorial to describe Indian contentions. He also criticised the use of words "humpty-dumpty" by Pakistan yesterday against India.

"A criticism of a sovereign state of the case made out of the other state must be in language consistent with the dignity of other states. Humpty Dumpty has no place in this court", he said.

Yesterday, Khawar Quershi for Pakistan had argued that right of consular access under Vienna Convention on Consular Rights was not available to Jadhav as his Indian nationality was not established.

Strongly countering this argument, Salve said that Pakistan cannot doubt his nationality, having convicted him on the basis of a confession "extracted from him".

Salve also invited the attention of the Court to the fact that Jadhav's bio data mentioned that he was an Indian Navy officer, which goes a long way to establish his Indian identity.

"Indian nationals are not the kind whose nationality needs to be denied", said Salve.

On Pak reliance on articles of Indian journalists.

Pakistan yesterday cited few articles written by Indian journalists Karan Thapar, Praveen Swami and Chandan Nandy, which had suggested that Jadhav was a spy planted in India on an espionage mission. Salve highlighted a contradiction in the Pakistan's reliance on these articles. According to the articles, Jadhav was apprehended from Iran. This is contrary to the statement in the FIR against Jadhav.

During the course of his arguments, Salve also referred to an interview given by Nawas Sharif to Pakistan daily Dawn, in which he acknowledged Pakistan's involvement in 26/11 Mumbai attack.

Lack of due process in military courts

Pakistan's military courts do not follow due process, and have been subject of criticism from the International Committee of Jurists and European Parliament. Jadhav was put on a hasty trial which was over within 4-6 months. He dubbed the military court's trial of a civilian "farcical".

He contrasted this with the approach adopted by Indian courts with respect to Ajmal Kasab, the terrorist who unleashed Mumbai attack of November 26, 2008. He was afforded benefit of full-fledged trial, and the death penalty was reviewed by higher courts, including the Supreme Court.

In Kasab case, Supreme Court of India examined materials on record first-hand, as it was a death penalty case. "This is called review", Salve said, alluding to the narrow ambit of judicial review exercised over military courts.

"Jadhav's trial was completed in 4-6 months. What happened to the 150 people killed in the Mumbai terror attacks?", he asked. 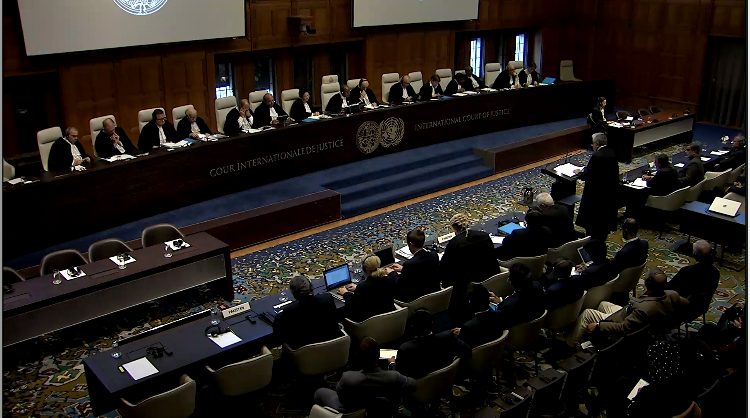 "Article 36 of the Vienna Convention on Consular relations came into play after Jadhav's arrest. If Jadhav had been involved in subversive activities, irrespective of whether or not he had an Indian passport, he would have been tried for espionage. India has repeatedly asked for a copy of the judgement convicting Jadhav, and charges against. There would be no threat to security of Pakistan if they share these documents", he submitted.

Domestic law cannot override international obligations. Pakistan cannot rely on the bilateral agreement with India to evade its obligations under a multilateral treaty(Vienna Convention). This was submitted by Salve in response to Qureshi's argument that bilateral agreement between India and Pakistan had excluded consular access in espionage cases.

Before concluding, Salve fired a salvo against Pakistan stating that it was harbouring terrorists in its soil, who are responsible for carrying out attacks in India. He said that the "dastardly" terror attack in Pulwana was carried out by a UN-proscribed entity based in Pakistan. Civilians are tried in military courts and promptly given punishments, but no action is taken against cases of heinous crimes.

India has made out a case that there has been violation of Vienna convention, and factors like absence of due process and propaganda by Pakistan makes this a strong case for granting relief.

"Time has come for this Court to take this law forward and make Article 36 a potent weapon for protecting human rights", Salve said while concluding.

Deepak Mittal, Joint Secretary of Ministry of External Affairs, read out the conclusion statement as follows :

"I would like to say that Government of India takes full responsibility for what we have filed and protest strong language used by Pakistan. GoI requests this Court to declare that Pakistan acted in breach of Article 36 of Vienna Convention. Pakistan failed to inform Jadhav of his rights. Pakistan declined consular access to Jadhav. Annul the decision of military court and restrain Pakistan from giving effect to the sentence. Release Jadhav and ensure safe release fortwith. If not, then direct a trial under normal law with full consular access".

Pakistan will present its arguments tomorrow, the final day of hearing.