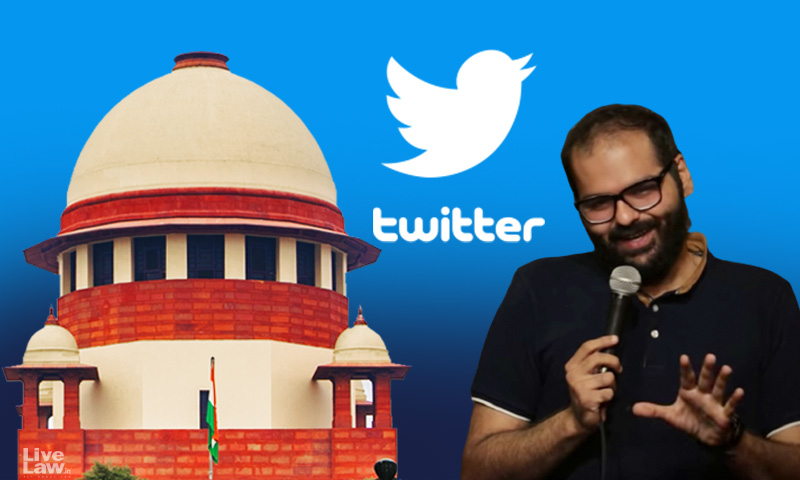 The Supreme Court on Friday adjourned the criminal contempt case initiated against comedian Kunal Kamra over his tweets criticizing the Judiciary, for two weeks.A bench led by Justices Ashok Bhushan allowed the Petitioner's request to adjourn the matter, so as to enable him to respond to Kamra's counter affidavit.The Advocate on Record appearing for the petitioner told the Supreme Court...

The Supreme Court on Friday adjourned the criminal contempt case initiated against comedian Kunal Kamra over his tweets criticizing the Judiciary, for two weeks.

A bench led by Justices Ashok Bhushan allowed the Petitioner's request to adjourn the matter, so as to enable him to respond to Kamra's counter affidavit.

The Advocate on Record appearing for the petitioner told the Supreme Court that he had received Kamra's affidavit on Friday morning itself. He therefore sought an adjournment to peruse the reply.

The bench, also comprising of Justices R Subhash Reddy and MR Shah allowed the request, and adjourned the matter for two weeks.

The Supreme Court on December 18 issued notice to comedian Kunal Kamra on the petitions filed by Abhyuday Misrha, Skand Bajpai and Srirang Katneshwar, seeking criminal contempt action against him for his tweets made about the top court and judges.

In his reply, Kamra stated that his tweets were not published with the intention of insulting the Court but to draw its attention to and prompt an engagement with issues that he believes are relevant to the Indian democracy. He also said that public faith in the Judiciary cannot be shaken by any criticism or commentary but only by the Courts own actions and accord.

'Suggestion That My Tweets Shake Foundation Of Most Powerful Court An Over-Estimation Of My Abilities' : Kunal Kamra Responds To SC Contempt Notice

Kamra stated that there is a growing culture of intolerance in the country and urged the Supreme Court to dismiss the proceedings instituted against him to demonstrate that the freedom of speech and expression is a cardinal constitutional value.

Advocate Nishant Katneshwarkar, appearing in one of the petitions, referred to Kamra's tweets before the bench. He referred to the Kamra's tweet 'who am I to scandalize the already scandalized', 'this is a contempt of joke' with reference to Supreme Court. One tweet, the counsel said, he cannot read out in the open court.