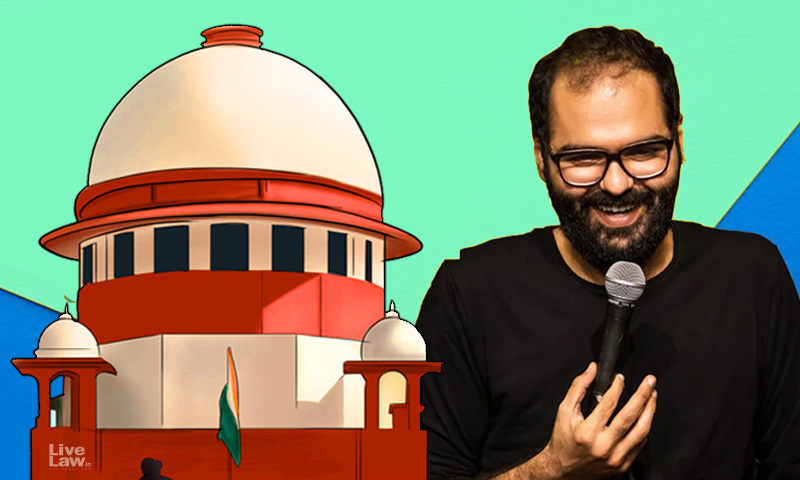 The Supreme Court on Friday issued notice to comedian Kunal Kamra on the petitions seeking criminal contempt action against him for his tweets made about the top court and judges.The notice is returnable within 6 weeks. The bench has dispensed with the personal presence of Kamra. The bench noted that the Attorney General for India has granted consent for initiating contempt action...

The Supreme Court on Friday issued notice to comedian Kunal Kamra on the petitions seeking criminal contempt action against him for his tweets made about the top court and judges.

The notice is returnable within 6 weeks. The bench has dispensed with the personal presence of Kamra.

The bench noted that the Attorney General for India has granted consent for initiating contempt action against the comedian.

On Thursday, Advocate Nishant Katneshwarkar, appearing in one of the petitions, referred to Kamra's tweets before the bench. He referred to the Kamra's tweet 'who am I to scandalize the already scandalized', 'this is a contempt of joke' with reference to Supreme Court. One tweet, the counsel said, he cannot read out in the open court.

'Will not retract my tweets or apologize', says comedian Kunal Kamra, after the Attorney General granted nod to initiate criminal contempt of court proceedings against him for his tweets about the Supreme Court in the wake of interim bail granted to #ArnabGowswami pic.twitter.com/O7PnU1v1AP

Complaining against the same, few law students Skand Bajpai had sent a letter to the AG stating that the tweets and publications scandalize the Supreme Court and prejudices the minds of millions of people.