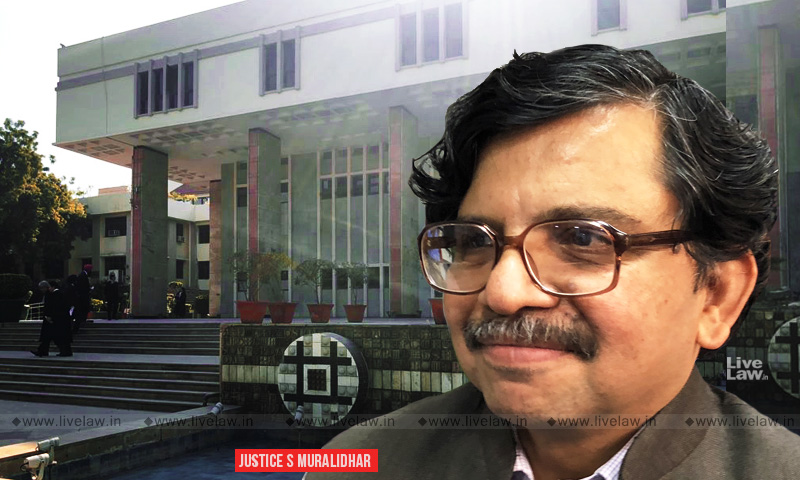 Justice Dr S Muralidhar received an astounding farewell from the members of the Delhi High Court Bar Association on Thursday, on the occasion of his transfer to Punjab and Haryana High Court.The ceremony witnessed an unprecedented turnout of lawyers, and Justice Muralidhar won hearts with his speech punctuated with wit, wisdom and humility.In this context, let us have a look at some...

Justice Dr S Muralidhar received an astounding farewell from the members of the Delhi High Court Bar Association on Thursday, on the occasion of his transfer to Punjab and Haryana High Court.

The ceremony witnessed an unprecedented turnout of lawyers, and Justice Muralidhar won hearts with his speech punctuated with wit, wisdom and humility.

In this context, let us have a look at some major judgments in which Justice Murlaidhar was a part of during his 14 years of service in Delhi High Court.

The conversation around LGBTQ+ rights gained momentum in the Indian mainstream society following the 2009 judgment of Delhi High Court in Naz Foundation case. Here, a division bench comprising Chief Justice A P Shah and Justice Dr S Muralidhar struck down Section 377 of the Indian Penal Code, which criminalized homosexuality as  against the 'order of nature'. The Court located the rights to dignity and privacy within the right to life and liberty guaranteed by Article 21. Though the judgment was reversed by a 2-judge bench of the Supreme Court in 2013, a 5-judge bench of the SC later struck down Section 377, endorsing the views expressed in Naz Foundation case.

In his farewell speech yesterday, Justice Muralidhar spoke about this judgment as follows :

"The most moving moment as a Judge was when on 2nd July 2009 Chief Justice A P Shah and I delivered our judgment in Naz Foundation. Even as we held that consensual same sex between adults in private was not a crime, the relief that swept through the courtroom amongst those waiting to hear the verdict was palpable. Many broke down right here in front of us. At that moment, we knew that something irreversible had happened".

2. Fake encounters have no place in legal system governed by rule of law

In February 2018, a Delhi High court bench of Justice Dr. S Muralidhar and Justice I.S. Mehta, in Jaspal Singh Gosain v. CBI, upheld the conviction of seven policemen of UP Police for killing a young man in a 'fake' encounter in 2009. The court while observing that the 'fake encounter' presented a grim scenario, said that,

"This was a tragic case of the killing of a 20 year old by the Uttarakhand police in a fake encounter. A fake encounter is a form of extra judicial killing which has no place in a legal system governed by the rule of law. It is a manifestation of the impunity with which armed forces, including the police, are prone to act in utter disregard of the rule of law. It also is symbolic of the cynicism with which the police themselves view the efficacy of the criminal justice system. The police, in this perception, are not just the accusers, but the prosecutor, the judge and the executioner".

In a judgment explaining the first principles of criminal procedure in relation to arrest and remand, a division bench led by Justice Muralidhar quashed the transit warrant issued by a Delhi Magistrate for the arrest of Gautam Navlakha by Maharashtra police in the sensational Bhima Koregaon case.

The Court noted that neither the Magistrate took into account material available with the police to necessitate Navlakha's arrest nor was Navlakha informed about grounds of his arrest.

These, the court said, were legal requirements which could not be diluted under any circumstance.

"With there being several non-compliances of the mandatory requirement of Article 22(1), Article 22(2) of the Constitution and Section 167 read with Sections 57 and 41(1)(ba) of the CrPC, which are mandatory in nature, it is obvious to this Court that the order passed by the learned CMM on 28th August 2018 granting transit remand to the Petitioner is unsustainable in law. The said order is accordingly hereby set aside," the bench ordered.

In December 2018, a bench comprising Justice S. Muralidhar and Justice Vinod Goel set aside a lower court order that had acquitted Congress leader Sajjan Kumar of charges in a case related to killing of five persons during the 1984 anti-Sikh riots.

The judgment authored by Justice Muralidhar observed that the riots amounted to 'crime against humanity' as understood in international law, and called for legislative changes to deal with such acts separately.

There has been a familiar pattern of mass killings in Mumbai in 1993, in Gujarat in 2002, in Kandhamal, Odisha in 2008, in Muzaffarnagar in U.P. in 2013 to name a few. Common to these mass crimes were the targeting of minorities and the attacks spearheaded by the dominant political actors being facilitated by the law enforcement agencies", observed the judgment authored by Justice Muralidhar.

In October 2018, a bench comprising Justices S Muralidhar and Vinod Goel set aside the trial court judgement that had acquitted 16 Provincial Armed Constabulary (PAC) officials in the 1987 Hashimpura mass murder case. The Court convicted all the accused and sentenced them to life imprisonment.

"Family of the victims had to wait 31 years to get justice, and monetary relief cannot compensate their loss", observed the High Court bench of Justice Muralidhar and Justice Vinod Goel while delivering the judgment.

The Court termed the massacre "targeted killing" of unarmed and defenseless people by the police. The case related to the killing of 35 Muslim men who were abducted by the police from Hashimpura during a communal frenzy which took place in 1987.

The trial court acquitted the accused in 2015 on the ground that identity of the accused could not be established. There were systemic attempts to derail the course of justice and shield the accused. The lapses in investigation and prosecution, whether by design or default, were glaring. The General Diary Registers of PAC and the Truck Running Register, which would have shown the names of the officials who were on PAC duty in the truck on the fateful day in Hashimpura, were withheld by the prosecution from the Court until 2018. They were produced only as additional evidence, that too after a crucial intervention made by the NHRC at the appellate stage. The additional evidence of GD Diary extracts contained the list of PAC personnel and their weapons and the number of the truck on which they left for Hashipura on the fateful day and thus provided the missing link which connected the accused with the crime. 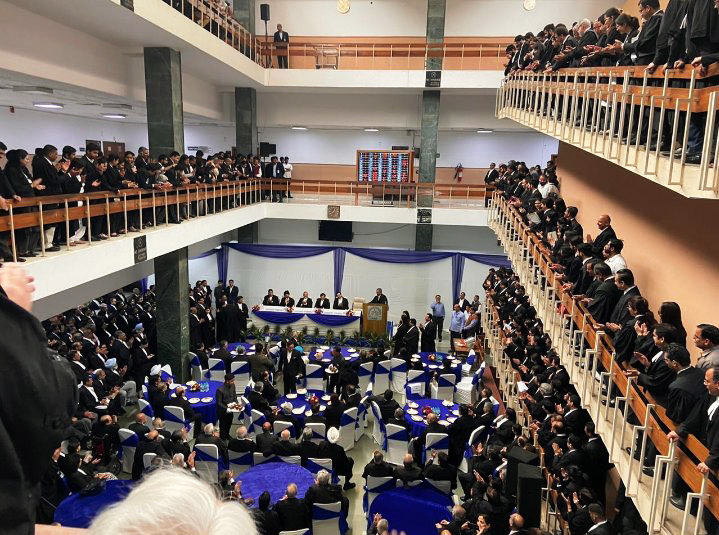 6. 'Right to city' - Order against forceful eviction of slum dwellers

In March 2019, a bench comprising Justices S Muralidhar and Vibhu Bhakru held in a PIL filed by Ajay Maken that the forceful eviction of 5000 slum dwellers at Shankur Basti in Delhi on December 12, 2015 to be illegal. Many of them claimed that they had lived there for two decades.

The judgment authored by Justice Muralidhar discussed the concept of "Right to the City" in the judgment.

In the context of Delhi, the Court said that Right To The City(RTTC) acknowledged that slum dwellers contribute to the social and economic life of the city.

"Many of them travel long distances to reach the city to provide services, and many continue to live in deplorable conditions, suffering indignities just to make sure that the rest of the population is able to live a comfortable life. Prioritising the housing needs of such population should be imperative for a state committed to social welfare and to its obligations flowing from the ICESCR and the Indian Constitution", observed the judgment of the division bench of Justices Muralidhar and Vibhu Bakhru.

"The right to housing is a bundle of rights not limited to a bare shelter over one's head. It includes the right to livelihood, right to health, right to education and right to food, including right to clean drinking water, sewerage and transport facilities", expounded the Court.

The case pertained to Regorafenib, which is used to treat colorectal cancer, known to be the sixth most prevalent cancer in India.

In 2010, a division bench of CJ AP Shah and Justice Muralidhar had dismissed the challenge of multinational pharma compnay Bayer Corporation against the decision of Drug Controller General of India to allow Indian company Cipla from manufacturing generic version of Bayer's cancer drug.

8. Striking down different ages of retirement in para-military forces as arbitrary

A division bench led by Justice Muralidhar declared that the fixing of the age of superannuation of members of the ranks of Commandant and below in the ITBP, CRPF, BSF and SSB different from those in the ranks above that of the Commandant is violative of Articles 14 and 16 of the Constitution.

A Division bench comprising Justice S.Muraleedhar and Sanjeev Narula held that there appeared to be no justification in discriminating amongst the CAPFs particularly when the retirement age of all members of the CISF and AR is 60 years and whereas the retirement age of those of the rank of Commandant and below in BSF, CRPF, SSB and ITBP is 57 years.

9. Correction of mistakes in the answers in Delhi Judicial Service Exam

In October 2019, a division bench of Justices S Muralidhar and Talwant Singh interfered with Delhi Judicial Service Examination 2019, after finding that incorrect answers were given for 9 questions in the answer key.

The court also directed the High Court to recompute the results of the candidates by applying the correct answer keys as decided by the bench.

On February 26, an emergency midnight hearing was held at today 12.30 AM at the residence of Justice S Muralidhar to hear a plea to ensure safe passage of victims injured in riots in North Eastern portions of Delhi.

After the midnight hearing, the Court passed directions to the Delhi police to make necessary arrangements for the evacuation of patients stranded at Mustafabad.

Later in the day, Justice Muralidhar passed a slew of other directions for helping riot victims, after observing "We can't let another 1984 scenario happen".

The bench said that it was "primarily concerned with ensuring the safety of the lives of the injured and provide immediate medical attention that they require and for that purpose to ensure the safe passage of the injured victims to the nearest available government hospitals".

In his speech during the full court reference for his farewell, Justice Muralidhar remarked that "February 26 was the longest working day as a judge".

Interestingly, the judge also requested that advocates should stop addressing him "Your Lordship" or "My Lord".