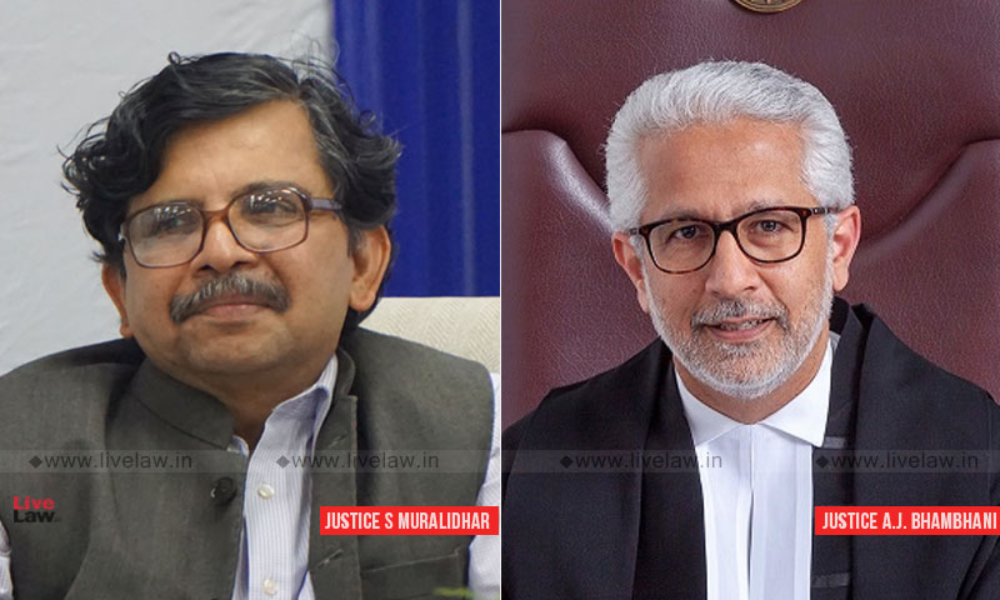 In the wake of riots which have gripped North East Delhi since February 23, the Delhi High Court on Wednesday asked highest functionaries in both state and central government to personally meet the victims and their families. "This is time to reach out and do confidence by building'", the bench comprising Justice Muralidhar and Talwant Singh said."'We can't let another 1984 scenario...

In the wake of riots which have gripped North East Delhi since February 23, the Delhi High Court on Wednesday asked highest functionaries in both state and central government to personally meet the victims and their families.

"This is time to reach out and do confidence by building'", the bench comprising Justice Muralidhar and Talwant Singh said.

"'We can't let another 1984 scenario happen in this city; not under the watch of this court", observed Justice Muralidhar.

"We heard that one IB officer has been attacked. These things should be immediately looked into", the judge added.

Court has asked authorities to ensure security during the funerary activities of the deceased. The court is also considering to notify a Night Magistrate to hear urgent applications for immediate assistance.

The Court has appointed Advocate Zubeda Begum to act as a nodal officer of the Court to coordinate with the victims and ensure effective implementation of this court's orders. The Ministry of Home Affairs has been directed to provide her necessary assistance.

The Court further directed Delhi Government to ensure sufficient shelter homes for rehabilitation of displaced victims. They shall be provided with adequate amenities, blankets, clean water and sanitation, ordered the Court.

The Court also ordered to set up round the clock help desks in offices of District Legal Services Authorities to "cater to the immediate needs of victims". The Court will consider the matter again on February 28.

The Director, Institute of Human Behaviour and Allied Science (IHBAS), has been directed to provide required number of qualified professionals to cater to the needs of riot victims suffering from "post traumatic stress disorder" and any other needs that may arise.

'The need of the hour is to build confidence building measures. State Functionaries shall endeavour to meet the affected persons and reassure them of their security'

The Court passed these directions and observations while hearing a plea seeking police protection for safe passage of injured victims in Al Hind hospital at Mustafabad to other government hospitals for better treatment. After an urgent midnight hearing today at Justice Muralidhar's residence, the bench directed police to make forthwith arrangements to ensure safe passage.

Directions passed by Delhi HC DB of Justices Muralidhar and A J Bhambhani in case concerning victims of #DelhiRiots2020 :

1. Police directed to provide aid and security for collection of dead bodies of unfortunate victims of riots, and for their funeral/cremation

The plea was urgently moved after failed attempts of the doctor at Al Hind hospital to seek police assistance for shifting the patients since 4PM on February 25.

When the matter was taken up today again at 2.15 PM, the bench was told that all patients have been evacuated.

"This shows that a lot can happen when the authorities are willing to take action. It's an actual demonstration of how police officers are waiting for the orders to act", Justice Muralidhar said commending the police intervention to ensure safe passage.

Police has been directed to continue to respond swiftly to distress calls, and to facilitate collection of dead bodies and provide security during cremation activities.