Mere Language Problem Of A Party Not A Ground To Transfer A Case U/s 406 CrPC: Supreme Court 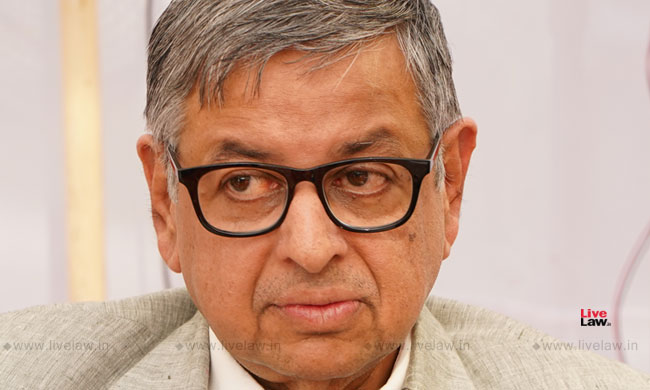 A criminal case cannot be transferred under Section 406 CrPC merely because the party does not understand the language of the Court which has jurisdiction to hear the case, the Supreme Court held.The court observed thus while dismissing a transfer petition filed by one Rajkumar Sabu, against whom a criminal case is pending in Salem Court, that he is not being able to understand Tamil...

A criminal case cannot be transferred under Section 406 CrPC merely because the party does not understand the language of the Court which has jurisdiction to hear the case, the Supreme Court held.

The court observed thus while dismissing a transfer petition filed by one Rajkumar Sabu, against whom a criminal case is pending in Salem Court, that he is not being able to understand Tamil language, and therefore the case ought to be transferred to a Court in Delhi. He relied on the decision in Sri Jayendra Saraswathy Swamigal (II), T.N. vs. State of Tamil Nadu & Ors. [(2005) 8 SCC 771].

Justice Aniruddha Bose noted that language was a factor considered in the case of Sri Jayendra Saraswathy Swamigal (supra), while selecting the Court to which the case was to be transferred.

"....But language was not the criteria based on which transfer of the case was directed. The language factor weighed with this Court while deciding the forum to which the case was to be transferred after decision was taken to transfer the case for certain other reasons", the court said.

The court noted that the proceeding in the Salem Court has not been questioned by the petitioner on the ground of lack of jurisdiction but on the ground contemplated in Section 406 of the 1973 Code.

"9...Jurisdiction under the aforesaid provision ought to be 18 sparingly used, as held in the case of Nahar Singh Yadav & Anr. vs. Union of India & Ors. [(2011) 1 SCC 307]. Such jurisdiction cannot be exercised on mere apprehension of one of the parties that justice would not be done in a given case. This was broadly the ratio in the case of Gurcharan Dass Chadha (supra). In my opinion if a Court hearing a case possesses the jurisdiction to proceed with the same, solely based on the fact that one of the parties to that case is unable to follow the language of that Court would not warrant exercise of jurisdiction of this Court under Section 406 of the 1973 Code. Records reveal that aid of translator is available in the Salem Court, which could overcome this difficulty. If required, the petitioner may take the aid of interpreter also, as may be available.", the Court said.

Convenience of one of the parties cannot be a ground for allowing his transfer application.

The court added that convenience of one of the parties cannot be a ground for allowing his transfer application.

10.....Transfer of a criminal case under Section 406 of the 1973 Code can be directed when such transfer would be "expedient for the ends of justice". This expression entails factors beyond mere convenience of the parties or one of them in conducting a case before a Court having jurisdiction to hear the case. The parties are related, and are essentially fighting commercial litigations filed in multiple jurisdictions. While instituting civil suits, both the parties had chosen fora, some of which were away from their primary places of business, or the main places of business of the defendants.

"7... I shall proceed on the basis that the suits being heard by the Delhi High Court would have points which could overlap with those involved in the criminal case pending in the Salem Court. But that very fact, by itself, in my view, would not justify transfer of the said case. Substantial progress has been made in the said complaint before the Salem Court. So far as the subject-criminal case is concerned, the ground of overlapping points in any event cannot justify the petitioner's case for transfer as even if the petition is allowed, the criminal case shall have to proceed in the Court of Judicial Magistrate and not in the High Court where the civil suits are being heard. Two different judicial fora would be hearing the civil cases and the criminal case. Whether the civil cases and the criminal case would continue together or not is not a question which falls for determination in this Transfer Petition. Moreover, it does not appear that earlier any complaint was made about the proceeding being carried on at Salem.", the court said while dismissing the Transfer Petition.