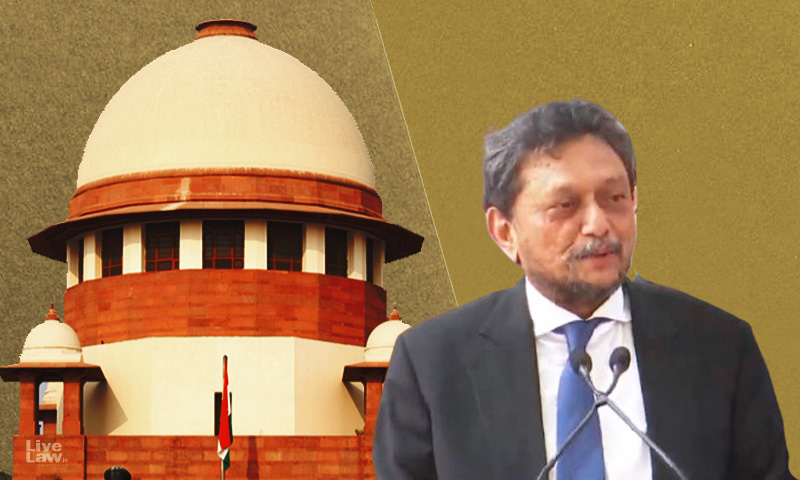 "This last hearing has evoked mixed feelings", said Chief Justice of India SA Bobde on his last working day before passing the baton to CJI Designate Justice NV Ramana. "This last hearing has evoked mixed feelings. I have been on the ceremonial Bench before, but these feelings are too mixed to allow me to say anything clearly. There are too many things to say", said the CJI...

"This last hearing has evoked mixed feelings. I have been on the ceremonial Bench before, but these feelings are too mixed to allow me to say anything clearly. There are too many things to say", said the CJI while presiding a ceremonial bench with Justices NV Ramana, AS Bopanna and V Ramasubramanian.

He continued, "But, I must say that I leave this Court with happiness, with fond memories of arguments, excellent presentation, good behavior and great commitment to the cause of justice, not only from my learned colleagues, but also the Bar and everyone else".

Before presiding over the ceremonial bench, CJI Bobde had led a bench with Justices L Nageswara Rao and Ravindra Bhat today morning to hear the suo moto case on COVID-19 .

During that hearing, the bench had expressed strong displeasure at the criticism made by senior lawyers against Supreme Court taking suo moto cognizance of COVID related issues while High Courts are seized of the same. That bench then adjourned the case to next week, relieving Senior Advocate Harish Salve as an amicus curiae at his request.

CJI Bobde remarked in his farewell address that he was demitting office after 21 years as a Judge and it had been his richest experience. He noted that the Registry had been very helpful – "I cannot tell you the kind of things that are necessary and need to be done to transit from a physical to virtual hearing".

On a lighter note, the CJI said that hearing lawyers during virtual hearings was akin to hearing them from their Chambers as he was now familiar with the statue behind the Attorney-General, the jaguar behind Senior Advocate Vikas Singh, the statue which was present behind the Solicitor-General and had been now been removed.

"I have seen some advocates with hills behind them, with paintings and sometimes even guns and pistols. I am happy with the knowledge that I have done my best. I don't know how that has come across. With that, I hand over the baton to Justice Ramana. Jai Hind", concluded the CJI.

As per convention, CJI Designate Justice NV Ramana sat with CJI Bobde on the same Bench on his last working day today.

After the Bench concluded the day's work with pronouncing a judgement, Attorney-General KK Venugopal sought to say a few words to the CJI.

He stated that he had always been saying that the parting of the CJI was a sad occasion and that the tenure should be of a minimum 3 years so as to ensure that long-standing reforms can be made.

The AG continued, "In March 2020, the world was suffering from COVID-19. Every country in the world was shaken. Supreme Court decided to take a call and the Bar thought that the Court would close down. But CJI Bobde rose to the occasion and started virtual hearing, with almost 50,000 cases disposed of. It was a great achievement."

He further said that lawyers had approached the Court for financial aid and the CJI duly stepped in by realizing that client and lawyers could not meet. Therefore, by judicial order, it was stated that the limitation would not apply from March 15, 2020.

On this note, the AG concluded his thoughts by stating, "We should all applaud the CJI for the work he has done".

Solicitor-General Tushar Mehta also had a few words to say.

"You will not only be known as an erudite and brilliant judge, but also a loving and caring human. We will miss you. We wish you a healthy and successful life ahead", said the SG.

Senior Advocate and President of the Supreme Court Bar Association Vikas Singh, in light of the farewell, informed the CJI that he agreed with the AG and that there needed to be a Constitutional amendment so that the tenure of the Judges could be increased.

"Even though the pandemic happened, you kept the wheels of justice moving. You took up such a contentious matter on the last day too. This shows the involvement of the Judges and to ensure oxygen supply can be maintained. Till the last day, you were concerned about what is happening. I will say more at the official farewell", concluded Singh.

Advocate Shivaji Jadhav, President of the Supreme Court Advocates on Record Association, also acknowledged the "smoothness with which the CJI had created a transmission from physical to virtual courts".

He concluded by noting that the CJI would be remembered for his handling of the criminal justice system. He further stated that the COVID-19 waves would remain, with third and fourth waves also coming up, and requested for the opening of physical courts after the summer vacation.