'Levy Of Interest During Moratorium Takes Away Benefit' : Plea In SC Challenges May 22 Circular Of RBI [Read Petition] 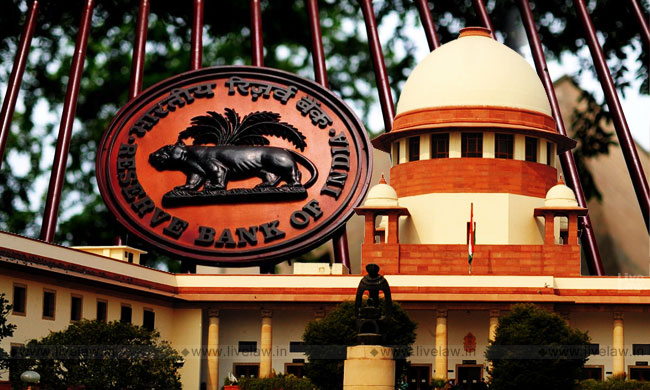 The Maharashtra Chambers of Housing Industry – Thane Unit has approached the Supreme Court of India vide a Writ Petition under Article 32 of the Constitution of India challenging the decision of the Reserve Bank of India to allow levy interest during the 6-month moratorium period announced in the wake of COVID-19 lockdown.

The MCHI – Thane Unit is an association of the real estate developers in the city of Thane – which is the worst impacted due to COVID-19 pandemic.

Last week, the SC had issued notice on a plea challenging the March 27 circular of RBI to the extent it allowed financial institutions to levy interest during the moratorium period.

The three-month moratorium announced on March 27 was further extended by another three months by the RBI on May 22. The present petition challenges both the RBI circulars of March 27 & May 22 to the extent they allow interest on loan to be charged during the 6-month moratorium period.

The Association has averred that while various countries have passed legislations granting moratorium even vis-à-vis interest, RBI's move to impose interest during moratorium period will result in winding up of various real estate companies.

The action of imposition of interest during the moratorium period is "completely devastating, wrong and in a way has taken away the benefit of imposing moratorium", states the plea.

The challenge to the notification has been mounted on Articles 14, 19(1)(g) and 21 of the Constitution of India.

The RBI decision is attacked as "arbitrary and unreasonable", and as affecting the fundamental right to trade and business, and also right to life and livelihood.

"The interest charged during moratorium period would be added up into the EMIs at the end of three-month forbearance, will raise in the monthly bill or have to pay this additional interest in one go or will be allowed to get it adjusted as an additional EMI. That the additional interest burden for three months moratorium period is also equally divided in all future EMIs, the monthly bill for customers will increase. The aforesaid notification qua payment of interest violates the principal of natural justice as the Government on one hand ceased the working of the individuals and on other hand asking to pay the loan interest during moratorium", the plea states.