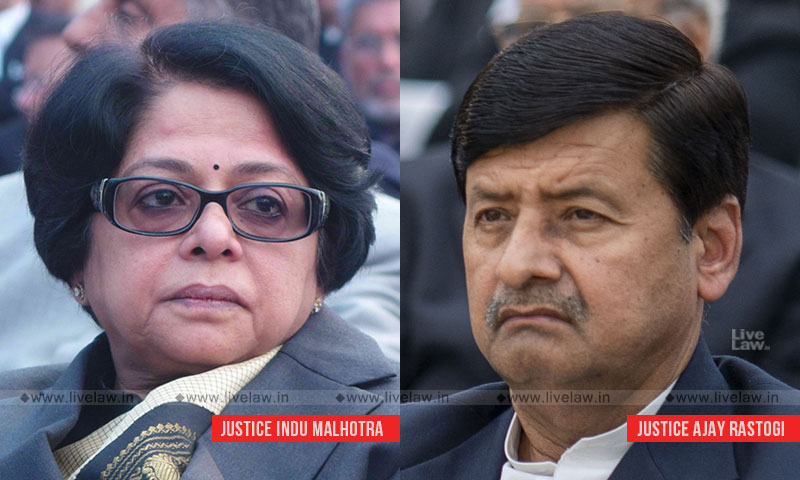 "The jurisdiction of the Court to grant bail is circumscribed by the provisions of Section 37 of the NDPS Act."

The Supreme Court has observed that there cannot be liberal approach in the matter of bail in NDPS Cases.

The bench of Justice Indu Malhotra and Justice Ajay Rastogi observed that the Court has to record a finding mandated under Section 37 of the Narcotic Drugs and Psychotropic Substances Act, 1985, and the same is a sine qua non for granting bail to the accused under the NDPS Act.

The Court was considering the appeal filed by the State of Kerala against a High court order granting post-­arrest bail to the accused respondents without noticing the mandate of Section 37(1)(b)(ii) of the NDPS Act.

The operative part of the said section is in the negative form prescribing the enlargement of bail to any person accused of commission of an offence under the Act, unless twin conditions are satisfied. The first condition is that the prosecution must be given an opportunity to oppose the application; and the second, is that the Court must be satisfied that there are reasonable grounds for believing that he is not guilty of such offence. If either of these two conditions is not satisfied, the ban for granting bail operates.

The jurisdiction of the Court to grant bail is circumscribed by the provisions of Section 37 of the NDPS Act. It can be granted in case there are reasonable grounds for believing that accused is not guilty of such offence, and that he is not likely to commit any offence while on bail. It is the mandate of the legislature which is required to be followed.

The bench said that the expression "reasonable grounds" means something more than prima facie grounds. It said: