Litigation Fees Should Not Create A Divide Among The Haves & Have-Nots: President Kovind 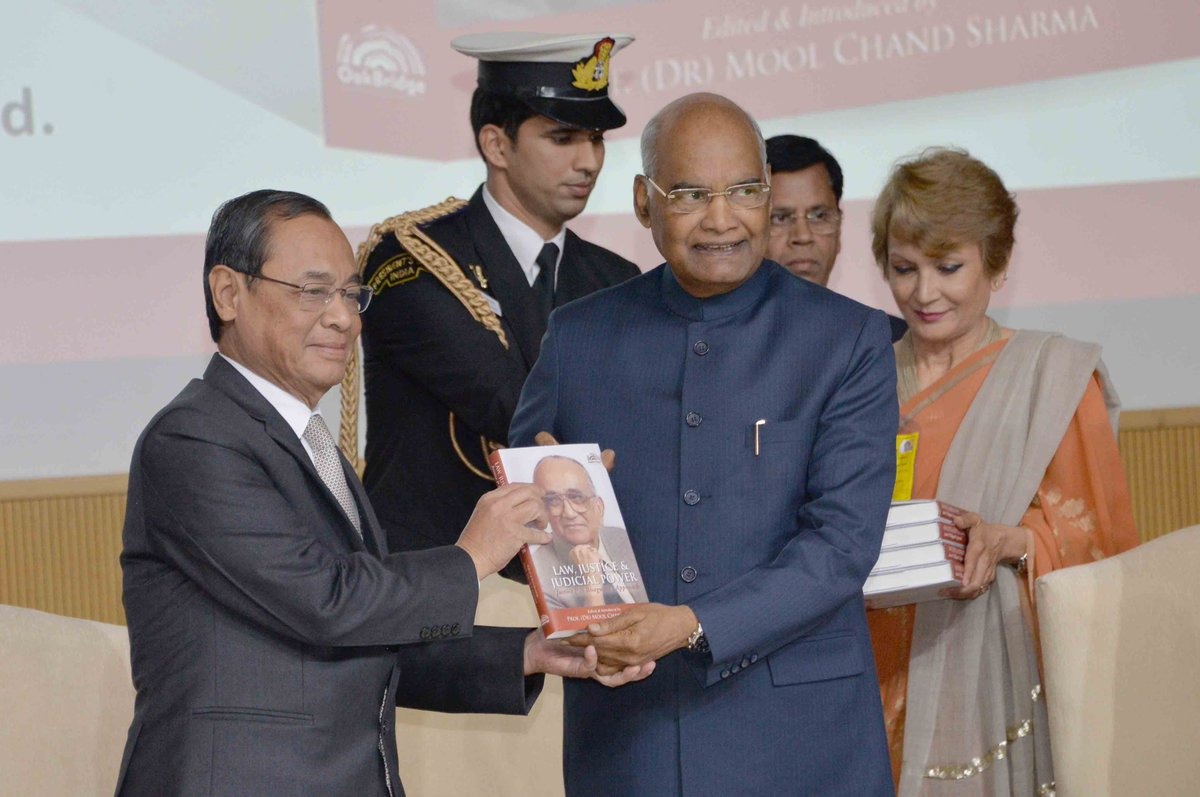 Litigation fees should not create a "divide among the haves and have-nots", President Ram Nath Kovind said on Friday. He added that frequent adjournments, which are often sought only to delay cases, "are an inconvenience and a form of a justice tax on poor and less-well-off litigants".

The President was speaking on the occasion of presentation of the festschrift titled, 'Law, Justice and Judicial Power Justice PN Bhagwati's Approach'. He received the first copy of the book from Chief Justice of India Ranjan Gogoi, who formally released it at a function held in New Delhi on February 8.

The book is a collection of essays on the life and work, and approach to justice, of the late Justice P.N. Bhagwati.

Addressing the gathering, President Kovind spoke about Justice Bhagwati being more than just a judge and a scholar, and being an institution in himself instead. Highlighting his contributions to the judiciary, he said,

"Justice Bhagwati strived to expand the concept of justice and make justice that much more accessible to common people. This humanist philosophy was in the best traditions of the law and of the judicial calling. He belonged to a generation of eminent jurists who re-conceived and re-imagined the role of the judiciary in a developing democracy such as India.

This was a time when the judiciary came to recognise that the true judicial role of a judge is to transcend the boundaries of technocratic adjudication, and is to place himself or herself as a friend and protector of the poor and the oppressed."

This lead him to speaking about Justice Bhagwati being called the father of public interest litigation in India. Acknowledging the fact that PILs may be misused as well, he asserted that we nevertheless owe a degree of gratitude to Justice Bhagwati while viewing the mechanism through a broader lens.

He, however, recalled that the very concept of PIL began as an instrument for the poor and for those who could not afford the expense of a lengthy litigation process. He then said, "Litigation fees should not create a divide between haves and have-nots, and between litigants who can afford and cannot afford considerable fees. This is an urgent issue for the bench and the bar to consider and help resolve."

On similar lines, President Kovind emphasised on the importance of providing certified translated copies of court judgments in regional languages, and appreciated steps in this direction taken by various high courts.

He further highlighted the need for capacity support in the lower judiciary, and concluded, "All of this will take forward the work and philosophy of Justice Bhagwati and his generation of jurists – and will be a commemoration of the robust traditions of our independent judiciary, an institution of which every Indian is proud."