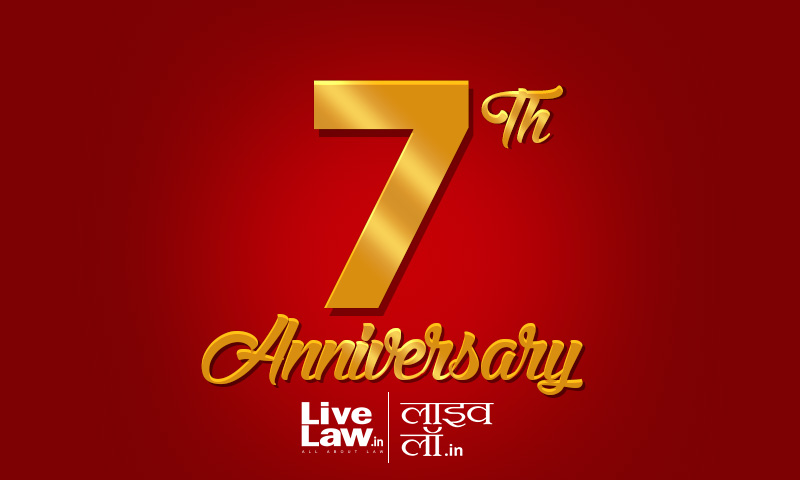 Seven years ago, on this day, LiveLaw had its humble beginning. Our start, though on a small scale, was backed with a vision to expand access to accurate and credible legal news.

It must be admitted that even we were surprised for a bit at the magnificent scale of acceptance and recognition we received in a short span. With immense pride and happiness, we can say that LiveLaw has revolutionized court reporting since its advent.

Last year, we switched to the subscription model, to ensure self-sustenance. A truly independent and effective media is possible only if its cost is met by the readers who seek quality reporting and unbiased news. And, the responses to our subscription model have been overwhelmingly positive.

Even after the introduction of paywall, we have retained the position as the number 1 Legal News Website in the World in terms of traffic, with about 3.8 million unique visitors in average per month. LiveLaw surpasses foreign legal websites such as law.com, abovethelaw.com and law360.com in terms of average monthly traffic.

There were a lot of significant legal developments last year, such as repeal of J&K special status, Ayodhya case, passage of Citizenship Amendment Act etc, and we have been able to provide comprehensive coverage of these issues, breaking down their complexities for an easy understanding to our readers.

It is a matter of pride for us that several prominent media houses, including international media, have extensively quoted and referred to LiveLaw reports with respect to the major legal issues.

We have also been striving to act as a voice of reason all this while, and have never shied away from offering constructive criticism of the judiciary, with the objective of enhancing accountability and transparency of institutions with the constitutional framework.

We thank our critics, readers, well-wishers and supporters, especially Independent and Public Spirited Media Foundation (IPSMF) & Azim Premji Philanthropic Initiatives, who have made our journey so far successful.

This is not to say that our journey has not been without struggles and mistakes. But whenever we faltered, there were a lot of well-wishers, who acted as a corrective force and offered to lift us up. We are thankful to the constructive criticisms we have received, which enable LiveLaw to stay the course.

We assure our readers that LiveLaw will continue its unflinching commitment towards fostering the ideals of accountability, transparency and independence of judiciary, which has earned us the goodwill of several readers including judges, advocates and reputed academicians. We are also conscious of our role as a conscientious critic of the system - that of showing mirror to power when there are shortfalls - and will continue our journey, rooted in the ideals of constitutional morality.

On a parting note, we make an appeal to all our dear readers to support us through subscriptions, so that we can continue to provide you quality content, maintaining our independence and self-sustenance.