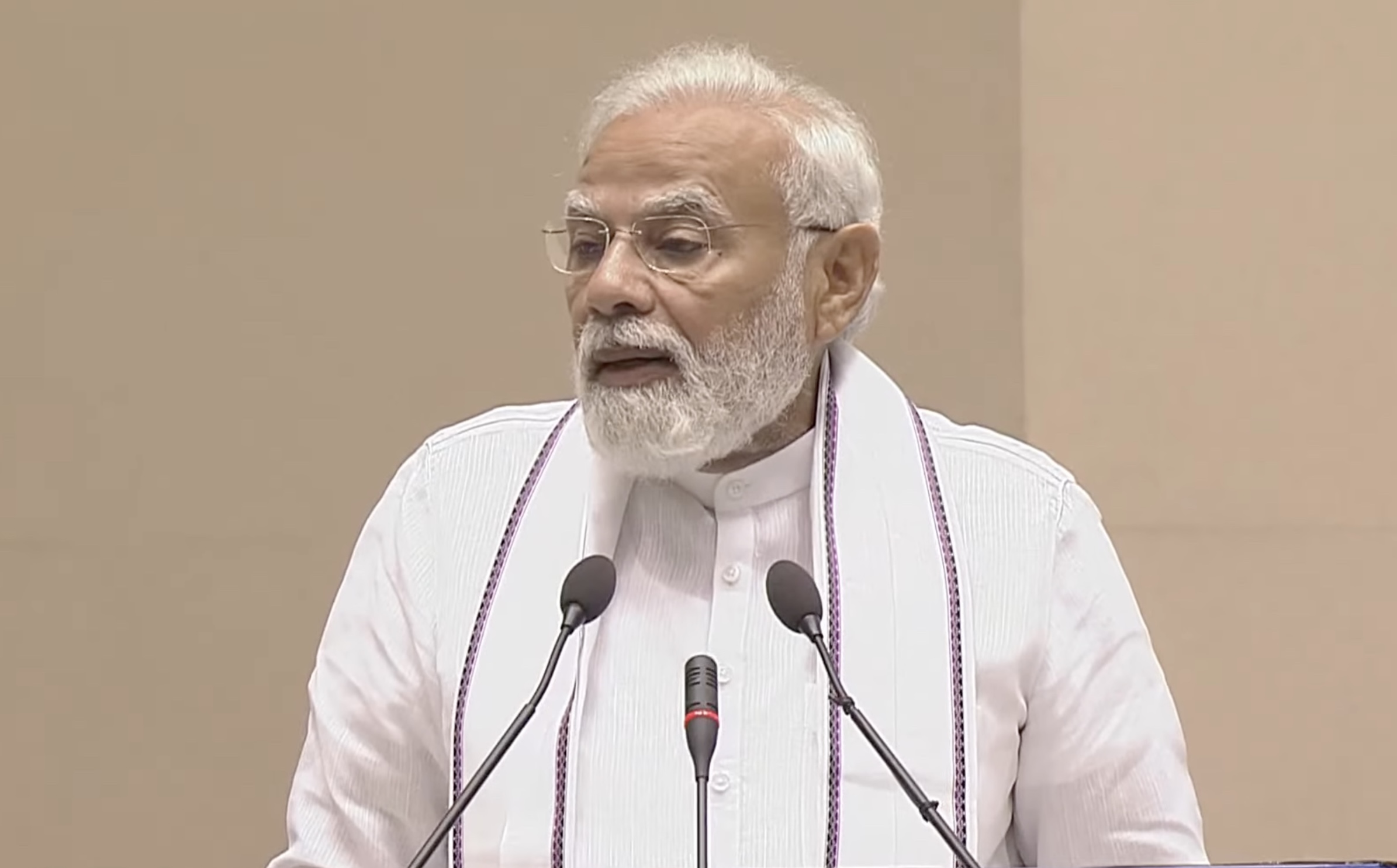 While addressing the inaugural function of the Joint Conference of CM of the States & Chief Justices of High Courts, Prime Minister Narendra Modi stressed that it must be our priority to think and ponder upon the kind of Judicial system which we wish to see in the year 2047, when the country completes 100 years of its independence. Regarding the relationship between the Judiciary...

While addressing the inaugural function of the Joint Conference of CM of the States & Chief Justices of High Courts, Prime Minister Narendra Modi stressed that it must be our priority to think and ponder upon the kind of Judicial system which we wish to see in the year 2047, when the country completes 100 years of its independence.

Regarding the relationship between the Judiciary and the Executive, PM observed thus:

"These 75 years of independence have continuously clarified the roles and responsibilities of both the organs of the state (Judiciary and Executive). This relationship has continuously evolved in these years to give a direction to the country. In our country, while the role of the judiciary is that of the guardian of the constitution, the legislature represents the aspirations of the citizens. I believe that this confluence of these two sections of the Constitution, this balance will prepare the roadmap for an effective and time-bound judicial system in the country."

A large part of PM's address was focused on the need to break the language barrier (existing between the litigants and the Courts/Judiciary and law enforcement mechanism set up in the Country) and the lack of understanding of the legal intricacies of the law by a common man.

The PM said that Justice must be connected with the citizens, it must be in the language of the common man, unless the common man understands the basis of Justice, for him/her, there is no difference between Justice and government order.

PM stressed on the need to promote local languages in the Court as it would ensure that the common man feels connected to the idea of Justice. PM Modi also observed that it is not necessary to go to the doors of Lady Justice to get Social Justice, sometimes Language can also solve the issue.

He also said that we need to encourage local languages ​​in courts as this would increase the confidence of the common citizens of the country in the justice system and they will feel connected to it.

Further, PM informed the gathering that in the year 2015, the Central Government had identified about 1800 such laws which had become irrelevant/obsolete. Out of these, PM said, Central Govt has abolished 1450 such laws, but, only 75 such laws have been abolished by the state governments. He urged the Chief Ministers present at the gathering to abolish such outdated and obsolete laws.

PM further touched upon another important issue of the inability of the common man to understand the intricacies of Law.

He informed the gathering that nowadays he is thinking that the common man must be provided with the simplified version of the Laws passed by the legislature.

"In many countries, when a law is made, which is in proper legal terminology but along with it, a parallel form (of the document) of the law is also put before the common man which is in layman's language, which is valid as well. This ensures that the common man is not made to knock at the doors of Courts to understand laws. We are trying that in coming years, in our country also, laws are passed in strictly legal terms, and along with that, a simplified version of the same is also put before the public. They both should be passed in Parliament or in the state legislature, as the case maybe. In many countries, this has been the tradition. "

Regarding the need to include modern subjects in our legal education setup, PM Modi said that nowadays, subjects like blockchains, electronic discovery, cybersecurity, robotics, AI and bioethics are being taught in law universities in many countries.

In this regard, PM Modi said that in our country that it is our responsibility that legal education should be according to these international standards.

PM Modi also expressed his concerns regarding the plight of under-trial prisoners by noting that today, there are about 3.5 lakh prisoners in the country who are under-trial and are in jail and that most of these people are from poor or normal families.

In this regard, he gave the following suggestion:

"In every district, there is a committee headed by the District Judge to review cases of such prisoners, so that, wherever possible they can be released on bail. I appeal to all the Chief Ministers, Chief Justices of High Courts to give priority to these matters."

In his address, PM Modi also touched upon the issues of Mediation, Use of Technology in Courts, Simplification of Judicial Infrastructure, Filing up of Judicial vacancies, etc and he ensured full cooperation of the Central Government towards the Judiciary.