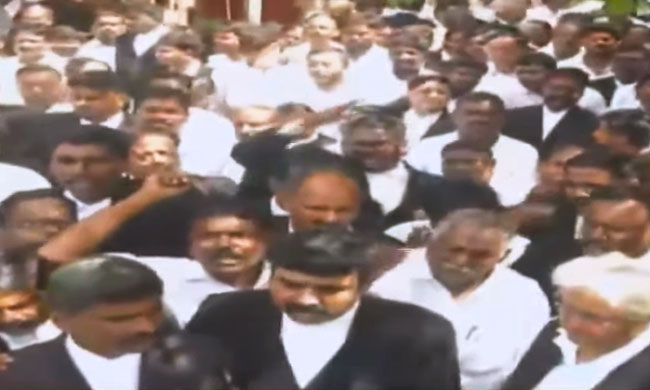 The advocates of Madras High Court on Monday staged protests over the proposal to transfer Chief Justice V K Tahilramani.

The Madras High Court Advocates Association has decided to do boycott Courts tomorrow as a mark of protest.

Justice Tahilramani, the senior most among the Chief Justices of High Courts in the country, was proposed to be transferred to Meghalaya High Court by the Supreme Court collegium. On September 3, the Collegium rejected her request to reconsider the prove.

Signalling protest against the proposal, Justice Tahilramani submitted her resignation to the President.

Justice Tahilramani, who became a judge of Bombay High Court in June 2001, was appointed as the Chief Justice of Madras High Court in August 2018.

Earlier, a group of lawyers had sent a representation to the Supreme Court seeking the withdrawal of the transfer proposal, saying "arbitrary transfers whittle away the independence of the judiciary and the confidence of judges".