'Many Things Claimed To Be Discovered & Equated With Scientific Objective Were Said Here Centuries Ago In Spiritual Sphere' : Madras HC Stresses Need To Conserve Cultural Heritage 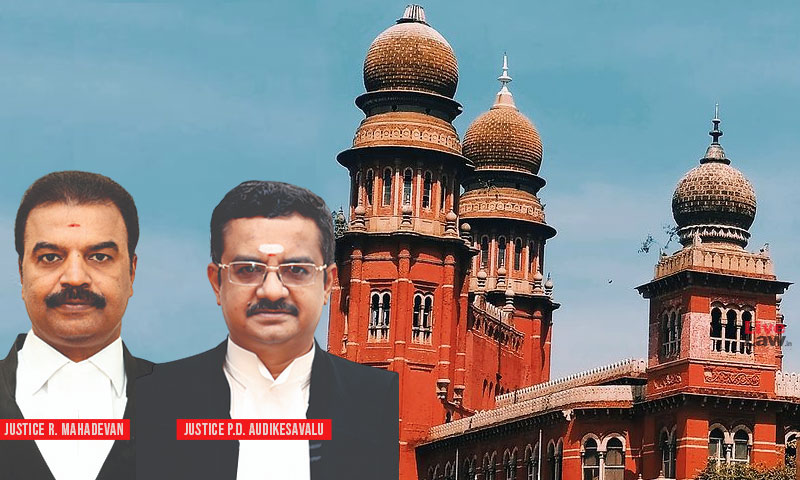 x
"The intelligence, knowledge and skill of the people of this land have been far superior and precocious even in fields that science is yet to find answer"

While issuing a set of directions for the preservation of ancient temples and monouments in Tamil Nadu, the Madras High Court has waxed eloquent about the richness of the cultural heritage of Tamil Nadu and the need to pass it on to the future generation with all its grandeur preserved."The younger generation hyping upon science and technological development needs to understand that many...

While issuing a set of directions for the preservation of ancient temples and monouments in Tamil Nadu, the Madras High Court has waxed eloquent about the richness of the cultural heritage of Tamil Nadu and the need to pass it on to the future generation with all its grandeur preserved.

"The younger generation hyping upon science and technological development needs to understand that many things claimed to be discovered and equated with scientific objective were said and laid down here before centuries in spiritual sphere", observed a division bench comprising Justices R Mahadevan and PD Audikesavalu in the prelude of the 224-page order.

"The intelligence, knowledge and skill of the people of this land have been far superior and precocious even in fields that science is yet to find answer.In proof, not only have the primogenitors of this land left behind theories beyond human comprehension, but also astonishing and illuminating monuments and scriptures. The object of such creation was not just a personal achievement, but a conscious effort to leave a historical imprint for future generations", the bench added.

The order authored by Justice R Mahadevan starts with quotes from Albert Camus and Victor Hugo about culture and devotes a significant portion to describe the grand cultural legacy of Tamil Nadu.

"Tamil Nadu's ancient culture is one of the most glorious ones to have existed in the world's history, dating back more than 2,000 years. Its immortal creations of resplendent architecture, design and construction of forts to temples, murals to paintings, sculptures to scriptures, made of lime mortar to clay bricks, from stones to rocks, from herbs to fruits in an era of might is right, have stood bent on to unite this glorious land.

Tamil Nadu is famous for all over the world its magnificent and ancient temples. The monuments here are the remembrances of the living witnesses about the golden historic era of over thousand years. They exemplify the valor of this land and are the symbols of cultural expressions. More particularly, the temples, many of which are more than 2000 years old, are repositories of knowledge and treasure houses of arts & architecture. They are continuing legacy, which connect the present with the past and vice versa and are living symbols of unique culture; and the festivities connected there to make them vibrant and colorful. Our people are also deep rooted in heritage",

"The entire state is strewn with great example of ancient Tamil architecture that goes as far back as two thousand years. Apart from the temples, the state is also home to several historical forts and other modern architectural marvels from its medieval heritage to colonial history. It comprises of the oldest inhabitants of the world, as it is the motherland to the world's oldest language, Tamil, in usage. The state has remained a cultural hub for various activities like debates, art, innovations, architecture, music and commerce from time immemorial. The culture, tradition and practices were connected with religious beliefs. The record of valorous and historical events, found in many places like temples and forts, monuments and heritage sites, exemplify the indomitable claim towards the ancientness of the language, belief, tradition and culture of the people", the judgment said.

The Court however lamented that  these heritage and cultural assets are going into oblivion now-a-days.

"The upcoming generation does not know about the value of the same. That apart, the custodians of grand and antique temples and ancient monuments are least bothered and the conservation of our valuable heritage is deteriorating not due to any natural calamity or catastrophe, but due to reckless administration and maintenance under the guise of renovation", it said.

The Court criticized the departments of HR&CE and the Archeology for not doing enough for the upkeep of ancient temples and idols.

"It is startling to find that the HR&CE department with all its income from major temples has not been able to maintain historical temples and safeguard the Idols, which in market, have antique value based on their age. Some temples in the state have also been recognised by the UNESCO as heritage sites. Many temples constructed at least 2000 years ago or much before, recognised by UNESCO, are in ruins. Neither the Archaeology Department nor the HR&CE Department has shown interest to identify and protect them.This has also come to the advantage of the miscreants, who have laid their hands on the Idols", the Court remarked.

The Court passed elaborate directions which can lead to sweeping reforms in the administration of temples under the Hindu Religious and Charitable Endowments Act (HR&CE Act).

The bench directed that the state should constitute a 17-member heritage commission within two months, and declared that no structural alteration or repair of any monument, temple, idol, sculpture or murais notified either under the Central Act or the State Act should take place without the sanction of the commission.

"The Heritage Commission shall identify all the structures, monuments, temples, antiques with historical/archaeological importance within the State of Tamil Nadu, formulate a list with age of such monuments by categorising them within their period group, issue appropriate notification, render periodical advice to the State, supervise the restoration, repair works etc., and maintain the same," the court order read.

The Hindu Religious and Charitable Endowments department website must display the number of idols of historical importance, the number stolen, the number retrieved and the status of investigation with regard to stolen cases, the court ordered.

"There is dire need to manage and conserve our ancient cultural heritage and monouments employing better advanced technology in protecting, preserving and conserving the same", the bench observed.

Declare all structures aged more than 100 years as national monouments

The Court directed that the Central Government shall implement the Ancient Monuments Act in letter and spirit, by declaring all religious structures more than 100 years old including temples, temples' tanks, mutts, temple chariots, jewels, art, artefacts, and sacred groves etc., including private denomination temples, as 'national monuments' with immediate effect.

The orders were passed on a suo motu public interest litigation petition taken up by the court on the basis of a reader's letter titled 'The Silent burial' published in The Hindu on January 8, 2015. The suo moto case was initiated by the then Chief Justice Sanjay Kishan Kaul(now Supreme Court judge). The bench also considered a batch of other PILs which were filed after the suo moto case was taken.
Also read the report about other directions passed by the court in this case  - 'Temple Lands Shall Always Remain With Temples; Public Purpose Theory Shall Not Be Invoked Over Temple Lands' : Madras High Court
Click here to read/download the order