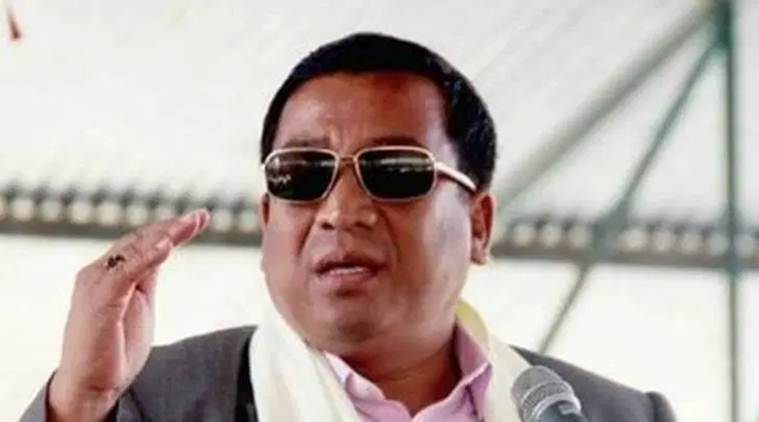 Subscription starts from
₹ 599+GST
(For 6 Months)
View Plans
Premium account gives you:
Subscribe Now
Already a subscriber?
Login
The Speaker of Manipur Legislative Assembly on Saturday disqualified Thounaojam Shyamkumar MLA under 10th Schedule of the Constitution on the grounds of defection. He had joined BJP after getting elected on Congress ticket in 2017.

"it is established beyond doubt that the respondent had voluntarily given up the membership of the Indian National Congress. Hence, this Tribunal came to the conclusion that the respondent had clearly violated the provision of the Tenth Schedule of the Constitution of India and is liable to be punished as per the provision of the Constitution to uphold the dignity of democracy and the mandate of the people".

The Speaker disqualified him exercising powers in terms of Paragraph 2(1)(a) of the Tenth Schedule read with Article 191(2) of the Constitution of India.

Th Shyamkumar had announced his resignation on Thursday, ahead of the Speaker's decision.

He was elected from 7-Andro Assembly Constituency in the elections held in 2017. Before he was sworn in as a Congress legislator, Shyamkumar switched his party allegiance to BJP in which he became the minister in N Biren Singh-led coalition government.

In January, the Supreme Court had directed the Speaker to take a decision on the pending disqualification petitions within a period of four weeks from the date when the judgment is intimated to him.

On March 18, the bench comprising Justices R F Nariman and S Ravindra Bhat noticed that the Speaker had not yet taken a decision, despite the time-extension given once.

Unhappy with the development, the bench passed an order restraining Shyamkumar from entering the Assembly until further orders.

"Having heard learned senior counsel for both the parties, given the extraordinary facts in the present case, we are constrained to use our powers under Article 142 of the Constitution of India. Respondent No. 3 is restrained from entering the Legislative Assembly till further orders of this Court. Needless to add, he will cease to be a Minister of the Cabinet immediately", the bench ordered.

The Supreme Court order was in response to a petition filed by two Congress MLAs – K Meghachandra and Md Fajur Rehman – against the Speaker's delay in passing the final judgement on the petitions filed by them.

In the proceedings before the Speaker, Shyamkumar contended that tenth schedule cannot apply to him as his switch to BJP took place before he took oath as a legislator.

This was rejected by the Speaker noting that under Constitution, a person became a member of Assembly via directly election upon notification of the names of the members elected for those constituencies by the Election Commission of India.

"A combined reading of the provisions of Article 170 of the Constitution of India and Section 73 of the Representation of the People Act, 1951, would clearly reveal that a member of the legislative assembly of a state is chosen by direct election from the territorial constituencies in the state and that he become a member of the legislative assembly upon notification of the names of the members elected for those constituencies by the Election Commission of India, which was duly notified by the Election Commission of India in case of Manipur Legislative Assembly on 14-03-2017".

He had joined BJP five days after the date of said notification.

"Even assuming for arguments sake that the respondent become an MLA only from 19-03-2017, the fact still remains that he continued to support the BJP led government by being a Cabinet Minister in the government led by the BJP, which amounts to voluntarily giving up his membership of Indian National Congress", the Speaker observed.

"The respondent has voluntarily on his own gave support to the formation of the government led by BJP and such actions amounts to voluntarily giving up his membership of the Indian National Congress", the order stated.