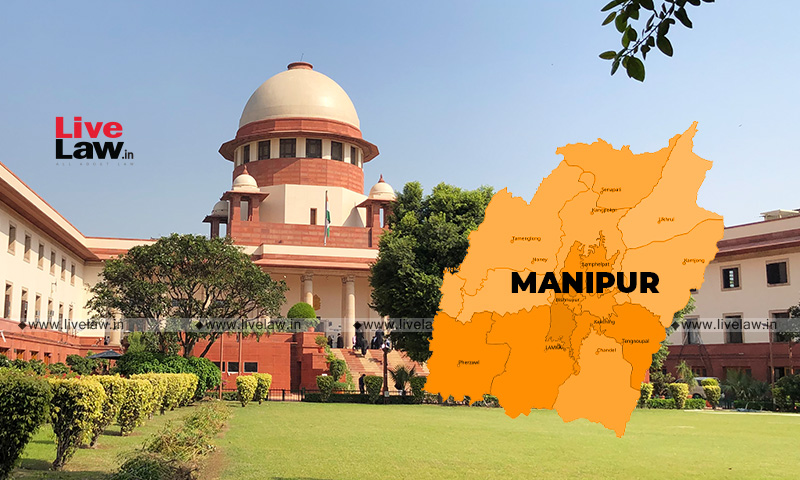 The Supreme Court on Thursday asked the Union of India to file a status report with regard to investigation into the alleged extra judicial killings in Manipur.

The investigation is being carried out by a Special Investigation Team constituted by CBI pursuant to Supreme Court's direction in July 2017.

A bench comprising Chief Justice of India NV Ramana, Justice JK Maheshwari and Justice Hima Kohli issued the direction in a writ petition filed by Extra Judicial Execution Victim and The Human Rights Alert claiming to have compiled 1528 alleged extra-judicial executions carried out by the police and security forces in Manipur.

Senior Advocate Colin Gonsalves appearing for the petitioner informed the court that out of 655 investigations that were ordered to be done, only 39 cases were investigated, and inquiry into the remaining cases was abandoned, after the previous bench(which ordered the probe) was dissolved.

Additional Solicitor General Aishwarya Bhati appearing for the Union of India opposed the submissions and submitted that the Investigation is complete in 39 cases, prosecution complaints have been filed, and further investigation has been directed.

Disputing the figures cited by Mr Gonsalves are incorrect, the ASG sought to place a status report with regard to the investigation before the court.

The bench also allowed two applications filed in the writ petition seeking permission to allow some members of CBI/SIT to attend other official work and to relieve two officers attached with CBI/SIT.

The petitions before the Court allege there have been 1582 cases of extra-judicial killings in Manipur between the years 2000 and 2012. A majority of these killings, they allege, were carried out in cold blood when the victims were in custody. They further point out that not even a single First Information Report has been registered by the Manipur police against the police or the security forces, even though several complaints have been made alleging the same.

The Supreme Court had in July 2017 directed the CBI to constitute a Special Investigation Team and to investigate the alleged extra judicial killings in Manipur.A Bench comprising Justices Madan B Lokur and Deepak Gupta had issued the direction

In July 2018, a Bench comprising Justice M.B. Lokur and Justice U.U. Lalit had directed the Director of the Central Bureau of Investigation (CBI) to appear before it, after noting that the investigations in the alleged extra-judicial encounter killings in Manipur were taking an "unduly long time".