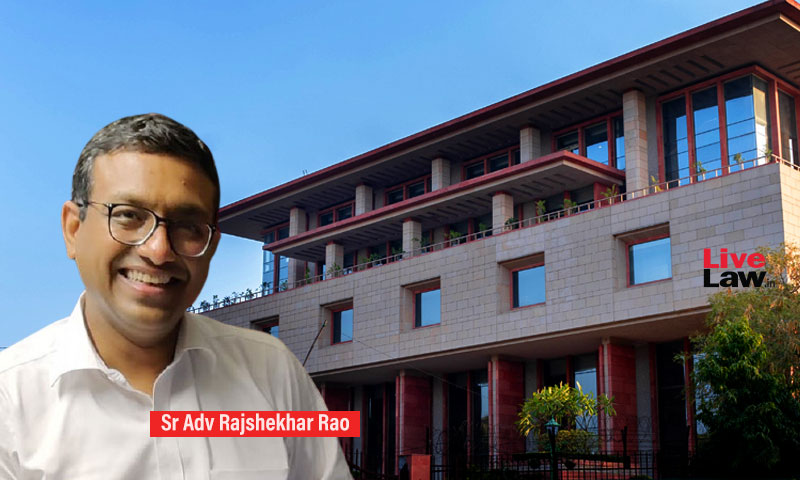 The Delhi High Court on Friday continued hearing a batch of petitions challenging the exception to Section 375 of the Indian Penal Code, which exempts forceful sexual intercourse by a man with his wife from the offence of rape, provided the wife is above 15 years of age.Senior Advocate Rajshekhar Rao, appearing as amicus curiae, concluded his arguments today. Rao has supported criminalization...

The Delhi High Court on Friday continued hearing a batch of petitions challenging the exception to Section 375 of the Indian Penal Code, which exempts forceful sexual intercourse by a man with his wife from the offence of rape, provided the wife is above 15 years of age.

The hearing before Bench of Justice Rajiv Shakdher and Justice C Hari Shankar will continue tomorrow when another amicus curiae, Senior Advocate Rebecca John will commence her arguments.

Previously, Rao had argued that classification of right to prosecute a man on the basis of relationship/ marriage is unreasonable and offends Article 14 of the Constitution.

Today, he referred to various judicial precedents on women's rights and its interplay with Articles 14 and 21 of the Constitution qua a married woman and argued that courts must adopt a futuristic vision to protect the Fundamental Rights of a person..

Presumption of Constitutionality and Burden of Proof

He argued that an over-emphasis on the doctrine of classification or an anxious and sustained attempt to discover some basis for classification might gradually and imperceptibly deprive Article 14 of its glorious content. Referring to the case of Lachhman Das v. State of Punjab and DS Nakara v. Union of India, he argued that though there is a presumption of constitutionality in the favour of a State enacted legislatio. However, once it is established that a legislation prima facie is unequal, the burden is on the State to satisfy the Court.

"Every one is equal before law, no one can claim special privileges and all classes are equally subjected to the ordinary law of the land."

"the burden to affirmatively satisfy court that twin tests of intelligible differentia having a rational relation to object sought to be achieved by the Act would lie on the State,once it has been established that particular piece of legislation is on its face unequal."

Referring to other cases where the concept of reasonableness was discussed, he submitted that the Constitution places at the center the rights and dignity of a person.

Referring Article 13 of the Constitution, which bars the State from enacting any law which abridges the fundamental rights of a person, Rao submitted that the marital rape exception abridges the wife's fundamental right to privacy, dignity. He pointed that a woman can institute legal action against a sexual offender, but is barred by the exception when the offender is her husband.

Relying on the decision in Navtej Singh Johar, he argued that the very existence of the exception in law is enough to spark outrage and violate the rights of a woman.

"The provision is not a license to do that (sexual intercourse with wife without her consent), but the effect is so..."

Relying on the following observations made by the Supreme Court while striking down Section 303 of IPC in the case of Mithu v. State of Punjab, Rao urged the High Court to apply the same yardstick in the present case and strike off the impugned exception:

Rao heavily relied on the decision in Independent Thought v. Union of India, where initially the entire provision relating to Marital Rape was challenged but later the case was restricted to interest of married girls between 15 and 18 years of age.

He argued that although the provision does not explicitly state that consent of wife is irrelevant, its effect is such that consent is made irrelevant.

He submitted that the issue of rape further complicates itself when placed in the context of a relationship whose societal foundation is love and happiness. He emphasized that in a relationship where there is a conjugal expectation of intimacy, this act will happen every day.

Arguing on the relevance of the provision, he submitted that there is no sanctity in today's day for a husband to think that the law allows him to get away with an act tantamount to forceful sexual intercourse with his wife.

"It's important not to shy away from aspect of consent. That is the one tool that woman has to protect herself. Is there some basis of saying one tool you have, can't be used when you are a wife?"

He added, "while marriage may hold a certain weight, the overarching consideration must be the procedure adopted by the legislation. The same must not be at the cost of a person's liberty as otherwise, it would run counter to Article 21."

Will Court create a new offence by striking off the exception?

Yesterday, the Court had inquired from Rao if there is any precedent of Court striking down a statutory provision to criminalize an act.

In this context, he referred to the following observation made by the Supreme Court in Independent Thought:

Rao urged the Court to strike off the exception pertaining to Marital Rape by applying the same analogy.

Rao submitted that the Court cannot sit in anticipation that the legislature, which has enacted and on various occasions modified the law, will take care of the law in the future.

"Is status of marriage sufficient to warrant denying a wife the ability to prosecute her husband of Rape? If the object was of saving the institution of marriage, then wife would not have been able to prosecute her husband for anything. If there is a possibility of misuse of the provision, there can be misuse of Sections 376, 498A IPC...But is that a ground to deny to even that one wife, who has been violated? It's time law tells the wife marzi hai aapki, var hai aapka."

He acknowledged that there is a downside to reading down the exception, however, those he said are practical and not legal. He added that in case the Court decides to strike off the exception, he will come up with suggestions to prevent the possible misuse of criminalizing marital rape.

Rao further stated that if there is a violation of Fundamental Rights, then the constitutional courts must not display an iota of doubt and must not hesitate in striking down such provision of law.