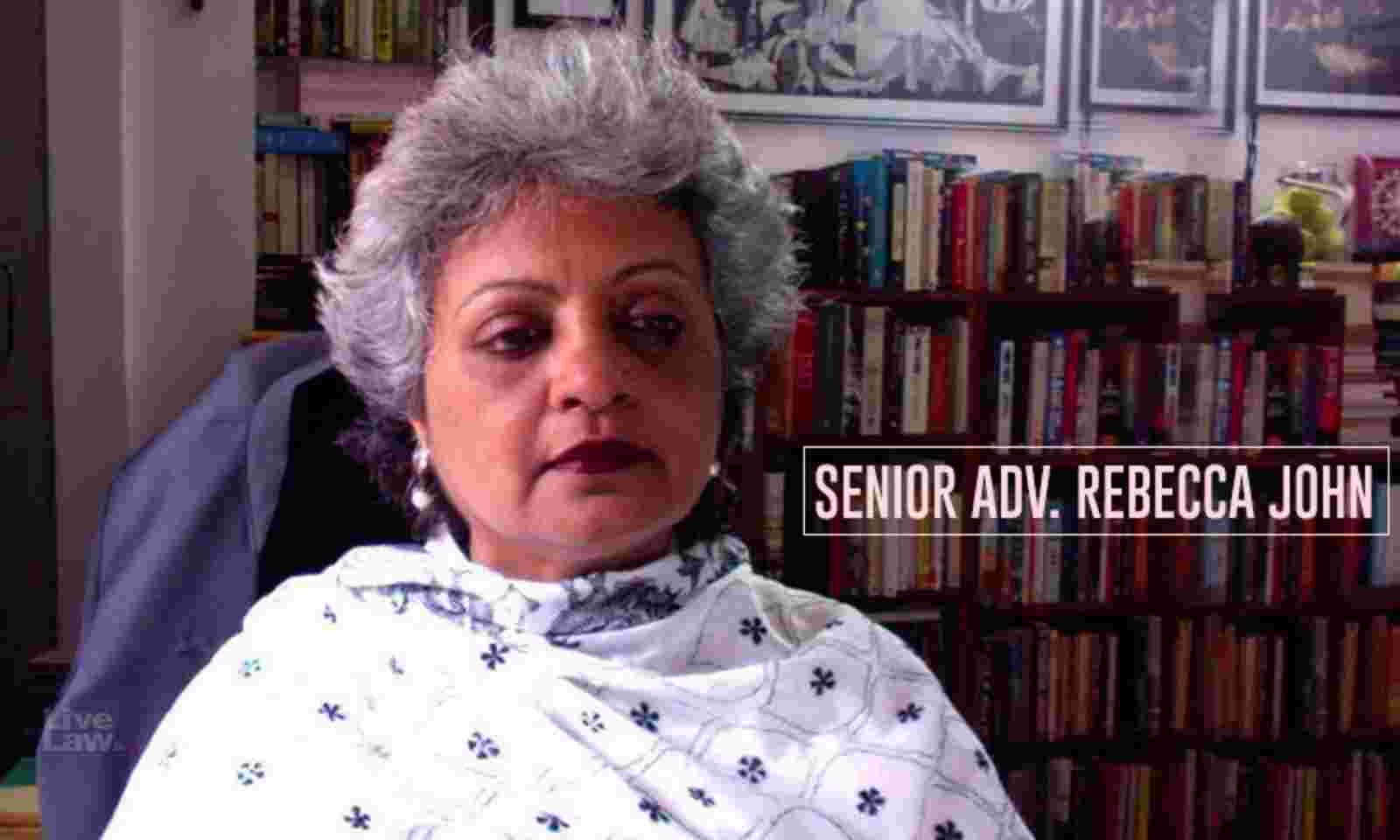 The Delhi High Court on Thursday continued hearing a batch of petitions challenging the exception to Section 375 of the Indian Penal Code, which exempts forceful sexual intercourse by a man with his own wife from the offence of rape.Senior Advocate Rebecca John appearing as amicus curiae in the matter told a bench of Justice Rajiv Shakdher and Justice C Hari Shankar that removal of exception...

The Delhi High Court on Thursday continued hearing a batch of petitions challenging the exception to Section 375 of the Indian Penal Code, which exempts forceful sexual intercourse by a man with his own wife from the offence of rape.

Senior Advocate Rebecca John appearing as amicus curiae in the matter told a bench of Justice Rajiv Shakdher and Justice C Hari Shankar that removal of exception 2 from sec. 375 of the Indian Penal Code will not amount to creation of a new offence.

In support of the said argument, John heavily relied on the judgment of Independent Thought v. Union of India (2017) wherein the Supreme Court had read "15 years" in exception 2 to be "18 years" to hold that sexual intercourse with minor wife, below 18 years, is rape. While doing so, the Apex Court had held that it was not creating any new offence but was only removing what was unconstitutional and offensive.

She argued that the exception was nothing but a legal fiction which if removed, will not be creation of a new offence.

"It's simply the long arm of the offence," she added.

Marital Rape : Are There Precedents Of Courts Striking Down A Provision To Create An Offence? Delhi High Court Asks

John began today's submissions by taking the Court through the amendments made in sec. 375 in the year 1983 which occupied the stage till the Nibhaya case along with the amendment of 2013.

Submitting that the Nirbhaya case resulted in the wide-scale consultations which led to the report by Justice Verma commission, John read out the objects and reasons of the Criminal Law Amendment Act, 2013.

"The reason why I read the statement of objects and reasons is because specific reference has been made to setting up of J. Verma Committee, it's report and the fact that the Bill and the Criminal Law Amendment Act took into consideration the J. Verma Committee report," she submitted.

John thereafter addressed a question as to whether a marriage brings with it certain reciprocal obligations? Or can there be expectations of conjugal relations and does that expectation translate into the right of a husband to have sexual intercourse without his wife's consent?

While agreeing that such an expectation in a marital relationship may be mutual or even unilateral which if not fulfilled, the spouse has every right to resort to civil remedies, John however argued that when such an expectation within marriage becomes a physical act which is non-consensual and causes harm or injuries to the wife, then that sexual act must become an offence.

"What is sought to be brought within the preview of the main definition is simply the act of having sexual intercourse with your wife in express disregard to her no. The protection given under exception 2 is not in the nature of exception but an exemption," John submitted.

"It is in the nature of an immunity. And it is my argument that it is purely fictional."

John further submitted that if the Court decides to strike down the impugned exception, then all it will do is to one, uphold the bodily integrity of a woman; two, give a fair play to the definition of rape and three, putting people to notice that the act of marital rape no longer gives husband immunity from prosecution.

"Therefore a NO of a marital partner must be respected. We are not talking about trivial cases. Rape by itself is a serious offence," she argued.

John further argued on the effect and consequences of the existence of exception 2 within the scope of sec. 375. She said:

"The consequence in law if exception 2 is allowed to remain is that it disregards a wife's consensual rights, the right to consent."

To bring home her point, John relied on the privacy judgment of the Supreme Court in KS Puttuswamy v. Union of India. She argued that the validity of exception 2 has to be tested not only with the twin test enshrined under Article 14 but also on the basis of its effect on the guarantees and freedoms of a woman enshrined in the Constitution of India.

"And if that consequence is that a married woman can be subjected to sexual intercourse without her consent then it's my submission that exception 2 must be viewed as an instrument of oppression," she added.

John further relied heavily on the judgment of Joseph Shine v. Union of India wherein the Apex Court had struck down Section 497 of Indian Penal Code which dealt with adultery.

By doing so, John highlighted the common elements between sec. 497 and sec. 375 of the Code. She argued:

"Can I make an elementary submission, what is common between Section 375 and 497? One, there is sexual intercourse. Two, there is a marital relationship in play. Three, in the context of sexual intercourse between wife and other man, there is reference to consent, only this time the consent must be obtained from the husband. In the context of this section where wife has sexual intercourse outside marriage with another man it will not be rape because she has consented to it. Outside these three or four phrases, what is common is the dominance of one partner and the subordinate role of other partner."

Arguing on the interplay between the two provisions, John said that the Joseph Shine judgment must also be relied upon to adjudicate the validity of exception 2 of sec. 375 for the reason that one, there are common elements in the two provisions and two, the judgment articulates the concept of a modern marriage while addressing the rights of a modern Indian woman.

The matter will continue tomorrow.

Yesterday, John had emphasized that 'consent' is an underlying condition in the exceptions to Section 375 IPC. John sought to establish that 'sexual acts' when done 'with consent' are not an offence. However, when the same sexual acts are done "without a woman's consent", that becomes the fundamental foundational basis of invoking Section 375 IPC.