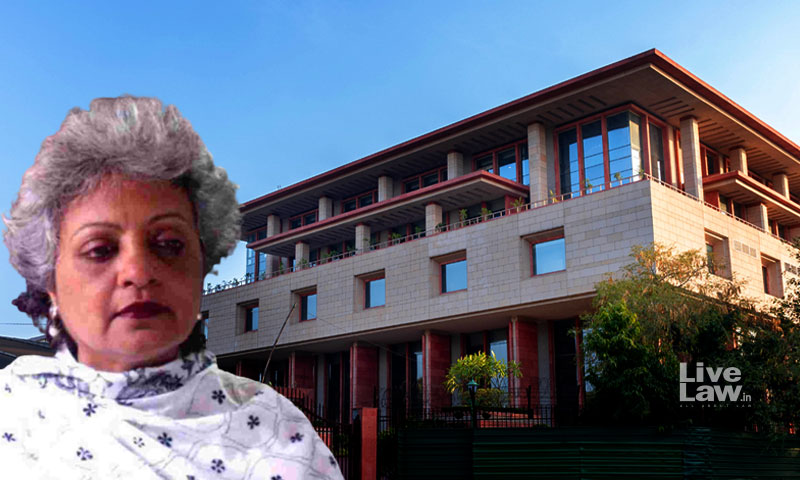 On Wednesday, the Delhi High Court continued hearing a batch of petitions challenging the second exception to Section 375 of the Indian Penal Code, which exempts forceful sexual intercourse by a man with his wife from the offence of rape.Starting her arguments as the second amicus curiae in the case, Senior Advocate Rebecca John emphasized that 'consent' is an underlying condition in...

On Wednesday, the Delhi High Court continued hearing a batch of petitions challenging the second exception to Section 375 of the Indian Penal Code, which exempts forceful sexual intercourse by a man with his wife from the offence of rape.

Starting her arguments as the second amicus curiae in the case, Senior Advocate Rebecca John emphasized that 'consent' is an underlying condition in the exceptions to Section 375 IPC.

To drive home her point, John referred to the two exceptions to Section 375. The first exception is for medical procedures or interventions in a woman's body. She highlighted for medical interventions, the woman's consent is necessary. Hence, consent is implicit in Exception 1.

The matter is being heard by a bench of Justice Rajiv Shakdher and Justice C Hari Shankar.

John sought to establish that 'sexual acts' when done 'with consent' are not an offence. However, when the same sexual acts are done "without a woman's consent", that becomes the fundamental foundational basis of invoking Section 375 IPC.

Thus, she submitted that exception 2 to Section 375, if read without the underlying requirement of consent, will imply that the consent of a woman will be given a go by to and the Court cannot let such an absurdity to prevail.

John sought to deconstruct the definition of rape as given in Section 375 to two separate components: 1) the descriptive (sexual) acts given in (a) to (d); and (2) conditions mentioned from firstly to seventhly, pertaining to consent. She submitted,

Therefore, she emphasized that the element of a woman's consent cannot be done away with.

Referring to the House of Lords decision in R v. R, which criminalized marital rape in England and rejected the regressive Hales doctrine as per which, 'the husband cannot be guilty of a rape committed by himself upon his lawful wife'.

She argued that what is implicit under both Exceptions 1 & 2 of Section 375 is consent.

While Exception 1 excludes medical procedures, the consent of a woman patient is still implicit, otherwise, it would lead to serious consequences.  Similarly, in Exception 2 of Section 375, the immunity is based on underlying consent, she added.

"If marriage is founded on love, friendship, comfort, then it is not rape. But to minus the second part of rape will become a complete absurdity as it would to exception 1," John argued.

For importing the said reasoning in the Indian legal framework, she referred to the definition of 'offence,' 'omission,' 'victim,' and 'injury' given under the Criminal Procedure Code and IPC and submitted that a conjoint reading of all these provisions means that "any act or omission" in law by virtue of which "any person suffers any loss or injury", meaning any "harm caused to a person in body, mind, reputation or property" is an offence.

John also referred to the legislative history of Section 375 and its exceptions. It was argued that there are two types of exceptions in criminal law- one, the general exceptions given from Section 76 onwards and the special exceptions (e.g., Section 375 & 399 of the IPC).

Reading along with Section 105 of the Evidence Act, she argued that the said provision lays down that the burden of proving an exception is on the person pleading that exception. She referred to KM Nanavati v. the State of Maharashtra and other cases to argue that there is no doubt under Section 105 that the onus shifts on the person pleading that exception. The standard of proof is 'preponderance of probability and not 'beyond a reasonable doubt,' she added.

Again, coming to the difference like exceptions, she noted that some exceptions are based on objective facts (e.g., Section 77, 82, etc.) where there is no need to prove facts. She argued that the foundational substance of exception under Section 375 is factum of marriage, and it need not be pleaded.

"So once a marriage is established, no prosecution under this Section can be authorized under exception 2", she pointed.

The hearing will continue tomorrow at 3 PM.