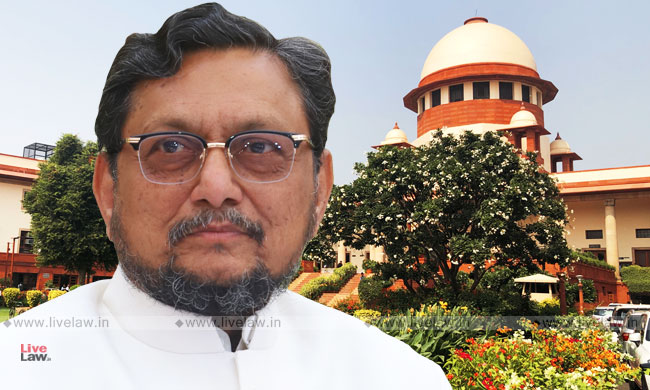 Reacting to the last week's controversy over the oral observations during the bail hearing in a rape case, the Chief Justice of India SA Bobde on Monday said that the remarks were "completely misreported"."This court has always have given the largest respect to women", the CJI said today."Even in that hearing, we never gave a suggestion that you should marry. We had asked, are you going...

Reacting to the last week's controversy over the oral observations during the bail hearing in a rape case, the Chief Justice of India SA Bobde on Monday said that the remarks were "completely misreported".

"This court has always have given the largest respect to women", the CJI said today.

"Even in that hearing, we never gave a suggestion that you should marry. We had asked, are you going to marry!", the CJI added. This statement was in reference to the proceedings in a bail hearing last week, where the CJI had asked a 23-year old man accused of raping a 16 year old girl around 6 years ago, if he will marry the victim. The man was facing an FIR which was lodged in 2019 by the victim after he backtracked from his promise to marry her.

Today's comments of the CJI came while the bench was hearing a petition seeking abortion of pregnancy of a 14-year old rape victim.

When the counsel for the petitioner, Advocate Biju, said "the court has been very generous to the girl", the CJI replied "It's good to hear that. We have heard opposite opinions in the last two weeks".

The petitioner's counsel then replied that he was "completely against" the reports which had tarnished the image of the court.

Solicitor General of India, Tushar Mehta, submitted that the remarks of the bench were "twisted" and "taken out of context".

"Statements, when twisted out of context, will mean something different", the SG said. "The Lordship's statement was completely twisted as if a suggestion was given that go marry and settle", he continued.

"As an institution and Court, we have always had highest respect for womanhood", the CJI repeated.

"Some people tarnish Judiciary's image, and some mechanism should be set up to deal with these people", the petitioner's counsel pressed.

"Our reputation in in hands of the Bar. We don't need to protect us like that", CJI replied.

The CJI also referred to the backlash over his comments in another case.

"And about the other thing, we don't remember any case of marital rape before us. I don't know who has quoted us. I asked our learned brothers even they didn't remember", CJI observed.

This was in reference to observations made in another case on the same day, whereby the CJI had asked whether sexual intercourse between people living as husband and wife can amount to rape, even if non-consensual.

The remarks of the CJI last week came while hearing the petition filed by the rape-accused seeking anticipatory bail. The Bombay High Court had cancelled the pre-arrest bail granted to him by the Sessions Court by terming it "atrocious".

"Will you marry her?", CJI SA Bobde had asked the petitioner's lawyer when that matter was taken.

The lawyer submitted that his client was a government servant who will be suspended from service if arrested in the case. The petitioner, Mohit Subhash Chavan, presently aged 23 years, was accused of raping a 16 year old girl during 2014-15.

"You should have thought before seducing and raping the young girl. You know you are a government servant", the CJI replied.

After that, the bench dismissed the petition giving him liberty to seek regular bail. The bench, also comprising Justices AS Bopanna and V Ramasubramanian, granted the petitioner protection from arrest for four weeks.

The girl alleged that during 2014-2015, when she around 16 years of age and was studying in the ninth standard, the accused used to stalk her. Since he was her distant relative, he used to keep coming to her house. She further alleged that during that period, he clandestinely entered into the house from a backside door and committed rape on her. He also threatened her of consequences if the incident was disclosed. She further alleged that even thereafter he continuously stalked her and threatened her. She alleged that he used to come frequently to her house and used to have sexual intercourse.She has also stated that sometimes, he used to use contraceptive. Since she was afraid, she never disclosed this fact to anybody.

It was further alleged that when she tried to lodge a police complaint with the help of a social worker, the mother of the accused dissuaded her from it saying that she will accept her a as a daughter-in-law. She further alleged that the petitioner once got executed a writing on a stamp paper from her illiterate mother,stating that there was an affair between the two and with her consent, they both had indulged in sex. It was promised that he will marry her after she attained majority.

However, the accused backtracked from his promise and married someone else.

After the accused was granted anticipatory bail by the Sessions Court, the girl approached the Bombay High Court seeking its cancellation.

In the order cancelling his anticipatory bail, the Bombay High Court observed that the accused had sexually exploited the girl for a sufficiently long period.

"One can easily conclude that going by the allegations respondent No.2(the accused) has sexually exploited the applicant for a sufficiently long period, since she was around 16 years of age. The papers of investigation would further corroborate the applicant's version about execution of a writing on a stamp paper of Rs.500/-. Respondent No.2 and his family seem to be so influential that they could get executed this writing from the applicant and her widowed mother. The very fact that they could get such writing executed is indicative and is sufficient to infer that respondent No.2 had indulged in sex with the applicant even when she was merely 16 years of age. Pertinently, this writing also bears his signature and signature of his mother".

The High Court even went to the extent of saying that the Sessions Court's order granting bail was "atrocious". The Sessions Court observed though the girl was a minor, she was of "sufficient maturity" as she "has with meticulous details mentioned about use of contraceptive" by the accused.

Taking strong exception to the "lack of sensitivity" shown by the Sessions Court, Justice Mangesh S Patil of the High Court observed:

"The approach of the learned Judge from such a reasoning clearly shows his utter lack of sensitivity in such serious matters. Inspite of having noted that the applicant was still a minor when respondent No.2 had sexually exploited her and inspite of observing that her consent would be immaterial,he has concluded that it was a consensual relation. Astonishingly, merely because she has mentioned in the FIR about use of contraceptive by respondent No.2, the learned Judge has jumped to the conclusion that she was having sufficient maturity. The height is committed by the learned Additional Sessions Judge even to record an observation that there is a possibility of false implication of respondent No.2. Such an approach is a clear indication that the learned Judge utterly lacks competence. It is indeed a matter which deserves a serious consideration"