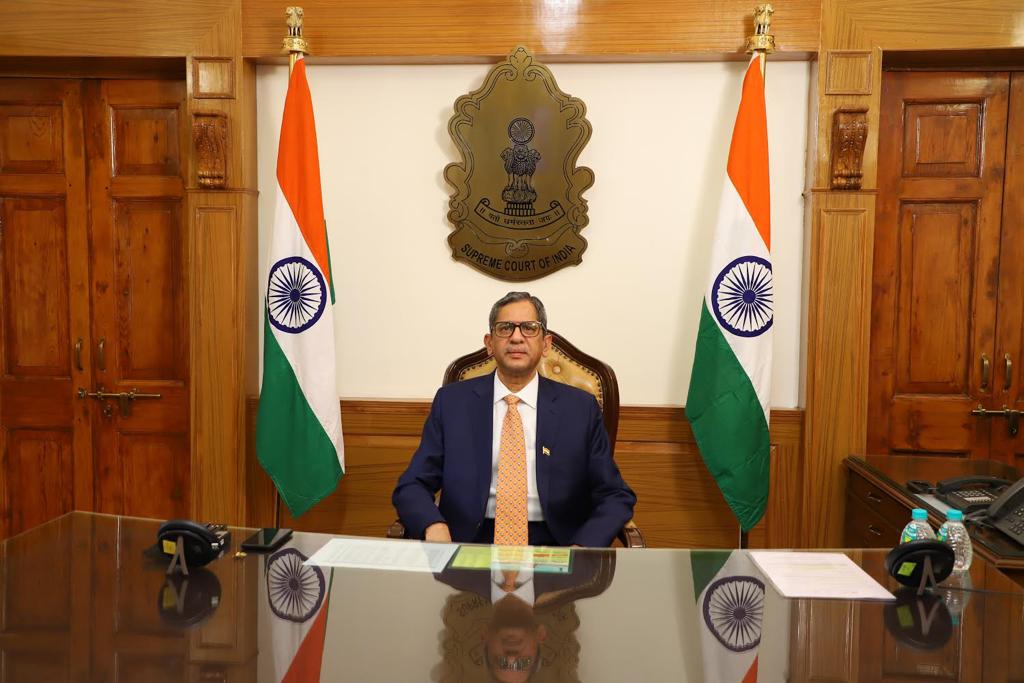 x
'Mediation can be used as a tool for social justice in India', the CJI opined.

The Chief Justice of India NV Ramana on Saturday underscored the need for a law to make mediation the mandatory first step in dispute resolution process."Prescribing mediation as a mandatory first step for resolution of every allowable dispute will go a long way in promoting mediation. Perhaps, an omnibus law in this regard is needed to fill the vacuum", he said.The CJI was delivering...

The Chief Justice of India NV Ramana on Saturday underscored the need for a law to make mediation the mandatory first step in dispute resolution process.

"Prescribing mediation as a mandatory first step for resolution of every allowable dispute will go a long way in promoting mediation. Perhaps, an omnibus law in this regard is needed to fill the vacuum", he said.

The CJI was delivering his keynote address at the India-Singapore Mediation Summit "Making Mediation mainstream: Reflections from India and Singapore". Chief Justice Ramana pointed out that many Asian countries including India have a long and rich tradition of collaborative and amicable settlement of disputes. Referring to the Indian epic Mahabharata which envisages an early attempt at mediation, the CJI observed,

"The great Indian epic, the Mahabharata, actually provides an example of an early attempt at mediation as a conflict resolution tool, where Lord Krishna attempted to mediate the dispute between the Pandavas and Kauravas. It may be worthwhile to recall that the failure of mediation led to disastrous consequences."

Further the CJI also noted that mediation as a concept has been deeply embedded into the Indian ethos since centuries. India has a history of disputes being resolved by the chieftains or elders of the community. Similarly, disputes relating to business were resolved by merchants, either by direct negotiations or through merchant bodies, the CJI added.

CJI Ramana also took strong objection to the often quoted statistics that "pendency" in Indian Courts has reached 45 million cases, which is perceived as the inability of the Indian judiciary to cope with the case load. Terming this as an "overstatement and an uncharitable analysis", the CJI explained,

"The term pendency is used to refer to all cases which have not yet been disposed of, without any reference to how long the case has spent in the judicial system. This would mean, that a case which was filed yesterday gets added to the pendency statistic. This is, therefore, not a useful indicator of how well, or poorly, a system is doing."

"The sheer number of cases in the Indian judicial system may have to be viewed in the context thatIndia is the largest democratic republic in the world.The people believe in the Constitutional project, of which the judiciaryis an integral part.Judgesin India, particularly in the Constitutional Courts, often burn the midnight oil to meet their judicial and administrative caseload", he said.

Highlighting the role of Legal Service Authorities in alleviating the woes of the marginalized sections of the society and encouraging ADR mechanisms, the CJI observed,

"Apart from increasing legal awareness, the National Legal Services Authority also encourages the settlement of disputes through ADR. One such mechanism is the Lok Adalat (literally, People's Court)."

Further CJI Ramana mentioned that the introduction of Court Annexed Mediation in India began vide the constitutional challenge to Section 89 Civil Procedure Code wherein the Supreme Court of India appointed a Committee to draft Mediation Rules. These Rules were subsequently approved and all the High Courts were directed to frame the rules.

Enumerating on the changing landscape of mediation, the CJI observed that previously the mediator was tasked with the duty of only playing a passive role in improving communication between parties. However, with more complex and sophisticated problems now being referred to mediation, the mediator is now being asked to provide more active assistance to the parties to reach a settlement.

"When the role becomes advisory, there is an inherent risk of the Mediator losing neutrality, opening up the door for temptations and extraneous considerations", the CJI added.

Highlighting an important dilemma faced by a lot of mediators in light of the prevailing socio-economic differences, the CJI observed,

"What happens when one party is better situated- economically, socially and politically, than the other? What is the duty of a mediator if the settlement reached is patently unjust to the weaker party? Should the mediator be a silent spectator during such negotiations? Is the mediator merely concerned with enabling the parties to arrive at a settlement and not concerned with the terms of the settlement? These are just some of the questions which one must consider, particularly in a country like India with our diverse social fabric."

However, the CJI emphasised on the need to popularise mediation in the Indian context. He mentioned how mediation can be used as a 'tool of social justice' considering the diverse social fabric of the nation.

"India, the world's largest democracy, is home to many identities, religions and cultures which contribute to its unity through diversity. This is where the rule of law, with assured sense of justice and fairness come into play. Mediation, being the cheapest and simplest option available to the public at large, can be described as a tool of social justice in the Indian context", the CJI added.

The CJI also spoke about the need for instilling ethical standards and unimpeachable integrity and neutrality in mediators.

"...a more active involvement of the mediator in the process of mediation could open the doors to parties attempting to influence them. This necessitates the creation of an environment which prevents any such attempts being made by an unscrupulous party. It requires that mediators be of good character and moral standing. For this, it is necessary,that Rules and Regulations governing Mediators are updated and implemented toensuretransparency and neutrality", he said.

He also encouraged States in India to establish robust ADR friendly facilities. Recently, the State of Telangana has come forward to set up a state-of-the-art ADR facility. This is a welcome move and I hope other States will soon follow, the CJI concluded.