Breaking: Gujarat HC Proposes To Prohibit Social Exclusion Of Women Based On Their Menstrual Status At All Private And Public Places, Including Religious & Educational 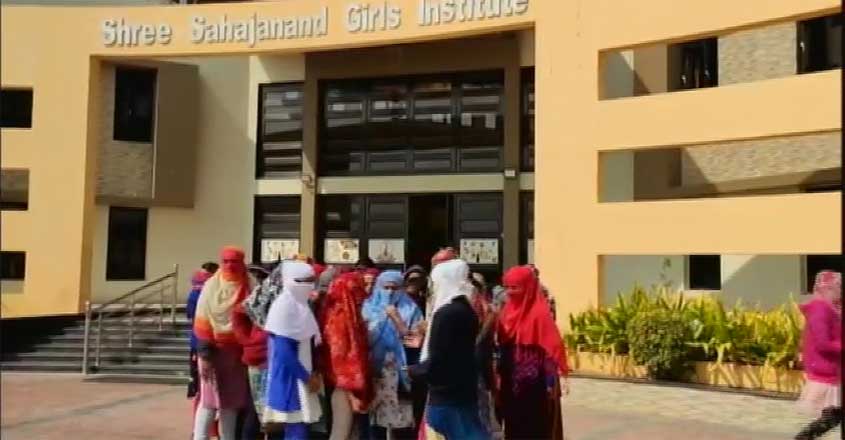 The Gujarat High Court has proposed to prohibit the social exclusion of women on the basis of their menstrual status at all places, be it private or public, religious or educational.Underlining that all religions (excluding Sikhism) refer to menstruating woman as "ritually unclean", the Gujarat High Court recently proposed a set of guidelines that the State Government should follow to...

The Gujarat High Court has proposed to prohibit the social exclusion of women on the basis of their menstrual status at all places, be it private or public, religious or educational.

Underlining that all religions (excluding Sikhism) refer to menstruating woman as "ritually unclean", the Gujarat High Court recently proposed a set of guidelines that the State Government should follow to end Menstruation Taboo.

The Bench of Justice J. B. Pardiwala and Justice Ilesh J. Vora was hearing a public interest litigation (PIL) filed in connection with an unfortunate incident wherein, over 60 girls in a hostel of Shree Sahjanand Girls Institute in Bhuj town of Kutch were reportedly forced to strip to "prove" they were not menstruating.

It was reported that 68 undergraduate girls were paraded through the college into the restroom and forced to individually remove their undergarments to prove that they were not menstruating.

The incident in question took place after the hostel rector complained to the principal that some of the girls had been violating their religious norms, specifically for menstruating females.

The Plea before the Court

Writ Applicant (Nirjhari Mukul Sinha) moved HC seeking direction for a law to specifically deal with the exclusionary practice against women on the basis of their menstrual status.

It was specifically submitted before the Court that the practice which is being followed and encouraged of exclusion of women on the basis of their menstrual status is violative of human, legal and fundamental rights of women, more particularly, those as enshrined under Articles 14, 15, 17, 19, and 21 respectively of the Constitution.

At the outset, the Court observed,

"Menstruation has been stigmatized in our society. This stigma has built up due to the traditional beliefs in impurity of menstruating women and our unwillingness to discuss it normally."

The Court also noted that many girls and women are subjected to restrictions in their daily lives simply because they are menstruating.

Further, the Court also opined that the underlying basis for this myth is also the cultural beliefs of impurity associated with menstruation and that it is believed that menstruating women are unhygienic and unclean and hence the food they prepare or handle can get contaminated.

The Court, in its order, noted that a large number of girls in many less economically developed countries drop out of school when they begin menstruating (over 23% of girls in India).

"Such taboos about menstruation present in many societies impact on girls' and women's emotional state, mentality and lifestyle and most importantly, health", remarked the Court.

In this regard, the Court observed that the young girls often grow up with limited knowledge of menstruation because their mothers and other women shy away from discussing the issues with them and that there is also need to spread awareness among the school teachers regarding menstruation.

The Court also observed that the gender–unfriendly school culture and infrastructure and the lack of adequate menstrual protection alternatives and/or clean, safe and private sanitation facilities for female teachers and girls undermine their right to privacy.

"88% of women in India sometimes resort to using ashes, newspapers, dried leaves and husk sand to aid absorption. Poor protection and inadequate washing facilities may increases susceptibility to infection, with the odor of menstrual blood putting girls at risk of being stigmatized."

"The challenge, of addressing the socio-cultural taboos and beliefs in menstruation, is further compounded by the fact the girls' knowledge levels and understandings of puberty, menstruation, and reproductive health are very low."

Further, the Court 'proposed' to issue the following directions for the State Government to follow;

Significantly, the Court clarified that the aforesaid is just a prima facie consideration of the issue in question.

However, before issuing appropriate directions, as referred to above, the Court sought the response of the State Government as well as the Union of India.

"We are conscious of the fact that we are dealing with a very delicate issue and, therefore, it is necessary for this Court to hear all the respondents and other stakeholders", concluded the Court.

Thus, the Court directed that notice be issued to the respondents, returnable on 30th March, 2021.