'Mental Health Of A Person Can't Be Compressed Into A One Size Fits All Approach' : Supreme Court In Abetment To Suicide Case 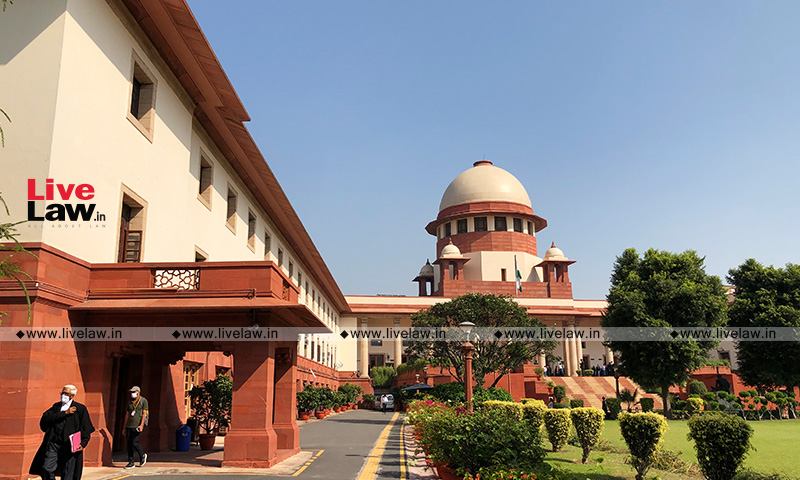 Stressing that the "mental health of a person cannot be compressed into a one-size fits all approach", the Supreme Court has criticized a High Court judgment for terming a person who died by suicide a "weakling".The bench of Justices DY Chandrachud and BV Nagarathna in the present matter was considering an appeal against the order passed by the High Court of Karnataka in which the Court...

Stressing that the "mental health of a person cannot be compressed into a one-size fits all approach", the Supreme Court has criticized a High Court judgment for terming a person who died by suicide a "weakling".

The bench of Justices DY Chandrachud and BV Nagarathna in the present matter was considering an appeal against the order passed by the High Court of Karnataka in which the Court had quashed an FIR registered against Special Land Acquisition Officer u/s 306 r/w 34 of IPC, 1860 on the ground that continuation of the prosecution "would [be] a travesty of justice and be a sheer waste of time", besides requiring the accused-respondent "to undergo the rigors of a lengthy trial".

While allowing the appeal and setting aside the High Court's judgement the bench in (Mahendra KC v State of Karnataka and Others) observed that,

"The Single Judge has termed a person who decided to commit suicide a 'weakling' and has also made observations on how the behavior of the deceased before he committed suicide was not that of a person who is depressed and suffering from mental health issues. Behavioural scientists have initiated the discourse on the heterogeneity of every individual and have challenged the traditional notion of 'all humans behave alike'. Individual personality differences ​​manifest as a variation in the behavior of people. Therefore, how an individual copes up with a threat- both physical and emotional, expressing (or refraining to express) love, loss, sorrow and happiness, varies greatly in view of the multi-faceted nature of the human mind and emotions. Thus, the observations describing the manner in which a depressed person ought to have behaved deeply diminishes the gravity of mental health issues."

The bench also said that the High Court has made observations diminishing the importance of mental health. The Apex Court in this regard observed that, "The mental health of a person cannot be compressed into a one size fits all approach."

On December 6, 2016 an FIR was registered by Mahendran KC ("complainant"), deceased's brother under section 306 read with section 34 of the Indian Penal Code, 1860 against the Special Land Acquisition Officer ("SLAO/Respondent 2") for Bengaluru City and another driver of his car.

As per the FIR, the deceased who was working as a driver for the SLAO used to travel from Bengaluru once in a month to visit the family home and meet his family and friends. On December 4, 2016 the deceased shared his anguish with the complainant and his friend Shiva Kumar that the SLAO was using his mobile and bank account to transfer funds to his relatives in the course of converting "black money into white money". He further told that since he was aware of SLAO's dealings, the SLAO together with another driver, had been threatening him with murder.

The suicide note recorded by the deceased allegedly in his own handwriting contained a detailed narration of the properties which were alleged to have been acquired illegally by SLAO.

The complainant had alleged that the accused had threatened the deceased with death and harassed him as a result of which the deceased, having suffered mental stress, committed suicide by consuming poison.

On April 18, 2017 the SLAO instituted a petition u/s 482 CrPC for quashing the FIR registered against him.

The Single Judge of Karnataka High Court on May 29, 2020 quashed the proceedings relating to the complaint and the FIR on the ground that the continuation of the prosecution "would [be] a travesty of justice and be a sheer waste of time", besides requiring the accused-respondent "to undergo the rigors of a lengthy trial".

Aggrieved, the State of Karnataka and the complainant had approached the Top Court.

Appearing for the complainant, Advocate Mahesh Thakur submitted that since the matter was at the stage of investigation and the SLAO was enlarged on bail, the Single Judge had manifestly erred in quashing the FIR as a result of which the entire investigation was scuttled midstream. The counsel further argued that the High Court had completely failed to notice the seriousness and gravity of the allegations made against the accused.

Complainant's counsel further contended that the allegations in the FIR and the contents of the complaint, if taken on their face and accepted in their entirety, clearly indicated the commission of an offence punishable u/s 306 IPC in which event it was improper for the High Court to quash the proceedings. To substantiate his contention counsel also argued that besides the suicide note, the deceased had informed both the complainant and other witnesses of the harassment which he had suffered at the hands of SLAO who had a position of influence and with whom the deceased worked as a driver.

Advocate VN Raghupathy appearing for the State submitted that the investigation was scuttled since the suicide note was submitted to the Forensic Science Laboratory for analysis but the High Court while entertaining proceedings u/s 482 stayed the proceedings. It was also his contention that the allegations in the complaint and the suicide note contained a clear and detailed account of the harassment caused to the deceased at the behest of the SLAO which on its face established a case of abetment of suicide.

Relying on the well settled principles of abetment to suicide in the context of Section 306, Advocate Sharan Thakur submitted that the instigation must be to an extent where there is no option but to commit suicide. It was also his contention that allegations in the complaint and in the suicide note fell short of the ingredients to establish a case of abetment and hence the essential requirements of the offence under Section 306 had not been established.

High Court Has Virtually Proceeded To Hold A Trial, Substituting Its Own Perception For What It Believed Should Or Should Not Have Been The Normal Course Of Human Behaviour

Observing that the Single Judge has transgressed the limits of jurisdiction u/s 482 CrPC, the bench in the judgement authored by Justice DY Chandrachud observed that,

"it would appear that the Single Judge has failed to notice the distinction between a petition for quashing under Section 482 (which was being considered) and a criminal trial or an appeal against a conviction on a charge under Section 306. The Single Judge has transgressed the limits of the jurisdiction under Section 482 of the CrPC. The judgment is replete with hypothesis and surmises on the basis of which the Single Judge has reached an inference on facts. The Single Judge has tested the veracity of the allegations in the criminal complaint and in the suicide note left behind by the deceased without having the benefit of an evidentiary record which would be collected during the trial. At the stage when the High Court considers a petition for quashing under Section 482 of the CrPC, the test to be applied is whether the allegations in the complaint as they stand, without adding or detracting from the complaint, prima facie establish the ingredients of the offence alleged. At this stage, the High Court cannot test the veracity of the allegations nor for that matter can it proceed in the manner that a judge conducting a trial would, on the basis of the evidence collected during the course of trial."

In Arriving At Conclusion That Case Of Quashing FIR Has Been Established, Judge Has Transgressed Limitations U/S 482 CrPC

Taking into consideration the contents of the complaint based on which the FIR was registered, the Top Court observed that, " it is impossible on a judicious purview of the contents of the complaint and the suicide note for a judicial mind to arrive at a conclusion that a case for quashing the FIR had been established. In arriving at that conclusion, the Single Judge has transgressed the well settled limitations on the exercise of the powers under Section 482 CrPC and has encroached into a territory which is reserved for a criminal trial."

The bench also termed the High Court's observations with regards to material for corroborating the allegations in the suicide note as erroneous.

To further observed that the High Court while exercising power u/s 482 of CrPC to quash FIR against SLAO should have applied the following two tests:

i) whether the allegations made in the complaint, prima facie constitute an offence; and

ii) whether the allegations are so improbable that a prudent man would not arrive at the conclusion that there is sufficient ground to proceed with the complaint,

"The High Court stalled the investigation by granting an interim order of stay. If the investigation had been allowed to proceed, there would have been a revelation of material facts which would aid in the trial, for the alleged offence against the second respondent," the Court also said.

Case Title: Mahendra KC v State of Karnataka and Others| Criminal Appeal No. 1238 of 2021