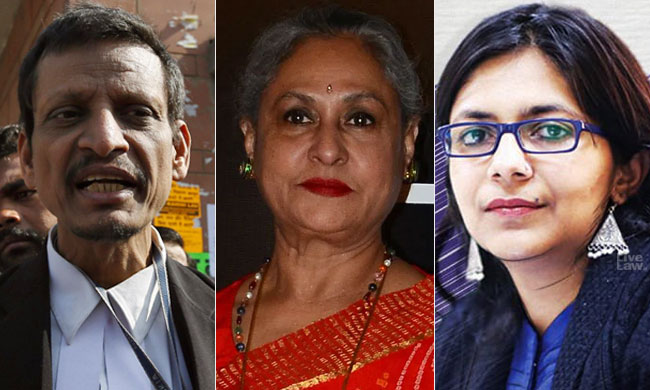 Serial PIL litigant Advocate ML Sharma has approached the Supreme Court with a petition regarding the encounter killings of the 4 accused in the Hyderabad veterinarian doctor's rape and murder case.

His petition, he states, is to challenge the killings that took place in police custody "on the behest of political leaders and media outrage" and to seek "protection of life and liberty of the citizen of India from police killing, mob lynching and extra judicial killing contra to the Article 21".

Along with marking the State of Telangana through its Chief Secretary, the CBI and the Union of India through the Ministry of Home Affairs in his petition, Sharma has also made Rajya Sabha MP, Jaya Bachchan and Delhi Commission for Women Chief, Swati Maliwal respondents in the case. The petitioner alleges that the killings took place "due to the political demand by the political leaders (Bachchan & Maliwal & others)" and because there was a "media trial", with a "hue and cry", to execute them immediately. The petitioner expresses his concern that these demands led to a serious violation of Article 21 and the "murder of innocent citizen of India", which he calls a "serious injury to the constitutional systems". The petitioner further highlights the statement made by Bachchan where she called for "mob lynching" and appreciated the encounter as "der Zayed durust Zayed" post the incident, and alludes to the DCW Chief's "hunger strike for quick hanging/killing them for rape and murder."

The petitioner then goes through the facts of the case and the events, starting from November 28, which culminated in the encounter of the 4 accused on Dec 6. Calling it a "planned killing", the petitioner then asserts that the police did not have any proof or medical evidence in their possession, and went on to kill the 4 persons after "declaring them accused of gang rape and murder of the girl." The blame for this, the petitioner reiterates, rests on media hype and statements of leaders, and then specifically refers to Jaya Bachchan and Swati Maliwal's statements and demands.

In light of his concerns, the petitioner has asked the apex court to issue directions for the setting up of a Special Investigation Team to probe the case with the assistance of the CBI in order to prosecute the police officials, leaders and media persons, as well as directions to leaders and media persons prohibiting them from raising the issue or issuing statements regarding the same until the trial is concluded. He further seeks action against Bachchan and Maliwal specifically for "provoking extra judicial killings of those in police custody without trial". Additionally, it has been prayed that an amount of Rs. 20 lakh should be paid to the families of those killed in the encounter as compensation and in the interest of justice.

The Supreme Court has reprimanded Sharma on previous occasions for filing frivolous cases.  Recently, the Court pulled him up for filing a shoddy PIL in Article 370 matter.

Two advocates have filed another PIL seeking independent probe against Cyberabad Commissioner of Police Sajjanar and other officials who were involved in the killings.

The Telangana High Court has taken cognizance of the encounter based on a representation received by the office of the Chief Justice. The Court has directed video recording of the post-mortem proceedings, and has asked the State Government to preserve the dead bodies till Monday.