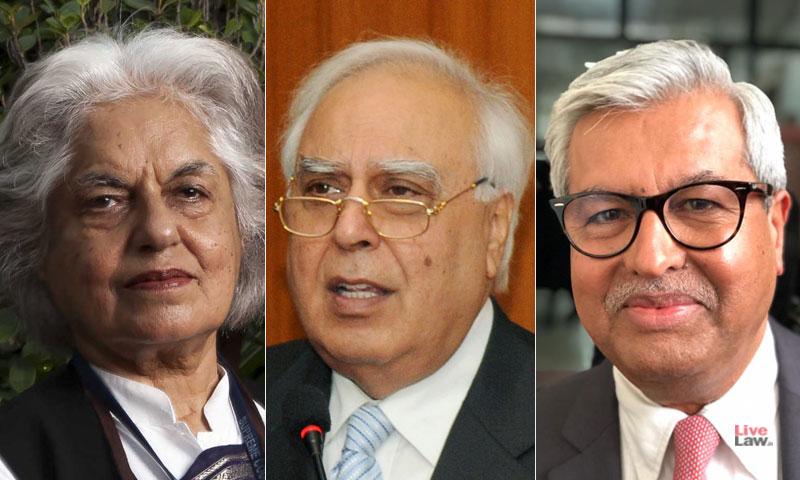 The statement issued by Jaising categorically states that various media platforms have been circulating information that she had received Rs. 4 lakhs from PFI in relation to anti-CAA protests.

Zee News had published a report claiming that Jaising, along with Senior Advocates Kapil Sibal and Dushyant Dave had been paid by the alleged radical Islamist outfit PFI for appearing in the Hadiya case. The report also claimed that sources told Zee News that Sibal had received Rs. 77 lakh, while Jaising and Dave had received Rs 4 lakh and Rs. 11 lakh respectively. 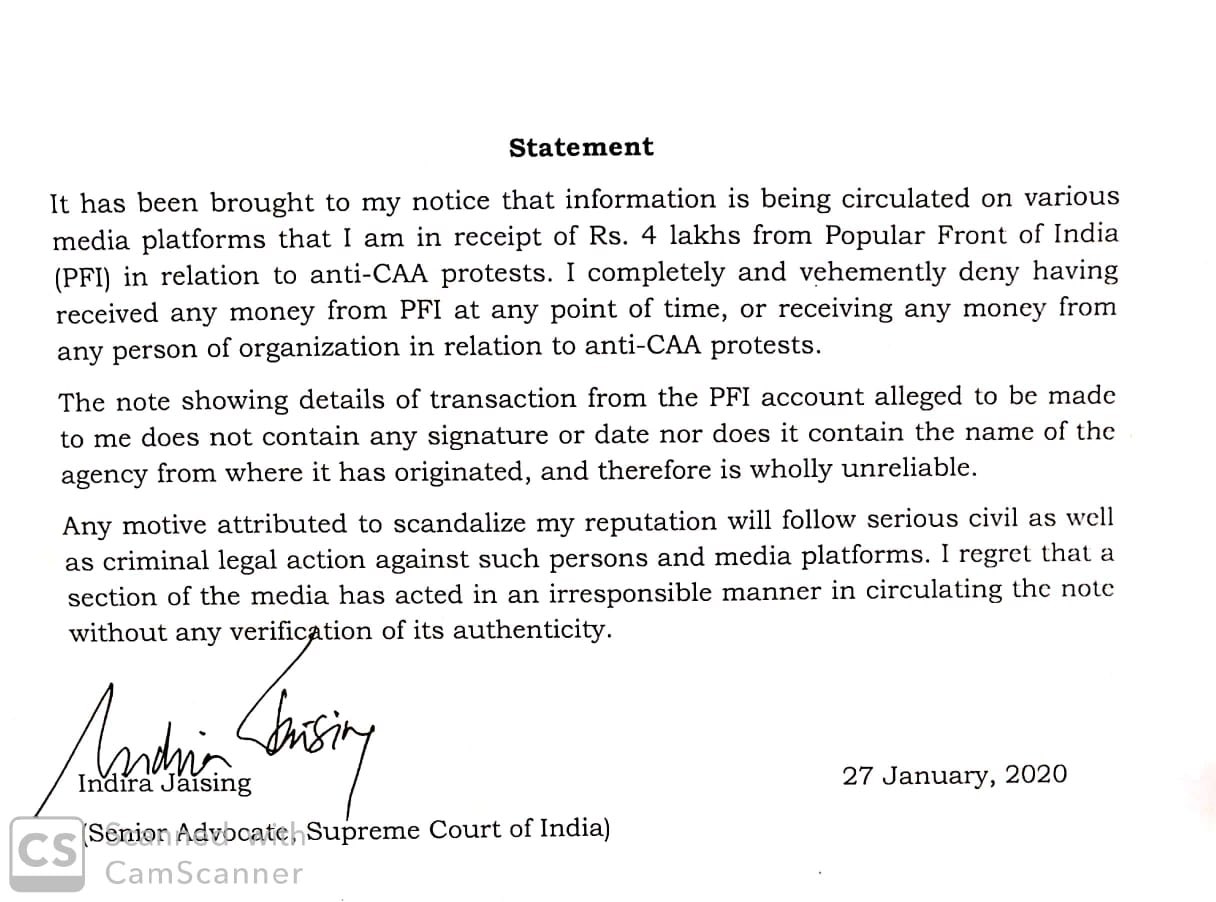 Jaising denied the same in her statement and condemned the irresponsible behaviour of the media for publishing such news without due verification.

"Any motive attributed to scandalise my reputation will follow serious civil as well as criminal legal action against such persons and media platforms. I regret that a section of the media has acted in an irresponsible manner in circulating the note without any verification of its authenticity."

Sr. Adv. Dushyant Dave, President of the Supreme Court Bar Association, also denied the allegations and stated that his fees was paid by Advocates-on-Record. He also noted that he has never appeared for PFI themselves, but cannot know if some fees in a matter in which he appeared for another party may have been paid by PFI for that party.

Dave added that this was simply a bogus report by the Government of India and was a sad commentary on their functioning.

Sr. Adv. Kapil denied the allegations and termed the claim as "nonsense".