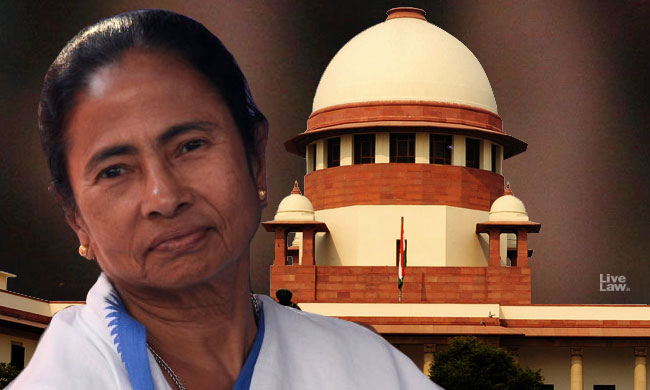 The Supreme Court Wednesday termed as "prima facie arbitrary" the arrest of BJP's youth wing leader Priyanka Sharma for allegedly posting morphed image of Chief Minister Mamata Banerjee on social media. The apex court's observation came after counsel for Sharma's brother mentioned the matter before it and said that despite the court's order on Tuesday the activist has not been...

The apex court's observation came after counsel for Sharma's brother mentioned the matter before it and said that despite the court's order on Tuesday the activist has not been released from jail.

However, the counsel appearing for the West Bengal government told a vacation bench comprising justices Indira Banerjee and Sanjiv Khanna that Sharma has been released from jail at around 9:40 am on Wednesday.

"This is not done. First of all the arrest was prima facie arbitrary," the bench said and warned it would issue contempt against officials concerned if Sharma is not released immediately from jail.

The bench then asked the counsel representing Sharma's brother Rajib Sharma to take instruction on whether she has been released from jail or not.

After a few minutes the counsel apprised the court that she has been released from jail.

The apex court had yesterday granted bail to Sharma and had asked her to tender a "written apology" at the time of her release from jail for sharing the meme on Banerjee.

Senior Advocate N. K. Kaul, for Sharma, submitted that despite the court directing her to be granted bail immediately, Sharma was made to sign a letter of apology which was put together by the West Bengal police prior to her release.

"She was forced to sign the apology letter in contravention of the court's order", he advanced.

It may be noted that on Tuesday, the bench of Justices Indira Bannerjee and Sanjiv Khanna had been inclined towards Sharma's release from custody forthwith subject to her tendering a written apology for sharing the meme on CM Mamata Bannerjee, albeit maintaining that the bail is not contingent on the apology and the two issues are not interlinked. Although initially insistent on the furnishing of the apology on account of Sharma being a BJP leader and not a common citizen and in the light of the ongoing elections, the bench had subsequently modified its order to do away with the condition of apology. However, the copy of the order as uploaded on the official website still required Sharma to apologise, though clarifying that this was only a special direction in the facts and circumstances of this case and was not to be taken as a precedent.

Mr. Kaul also pointed out that the court has not been informed of the fact of the police filing a closure report in the case. "When the matter is being shut, can there be any question of apology?", he asked. Besides a contempt plea, an application to revoke the apology is sought to be now moved on behalf of Sharma, which shall be heard in July.