What is Meant By 'Moulding Of Relief'? Principle Explained 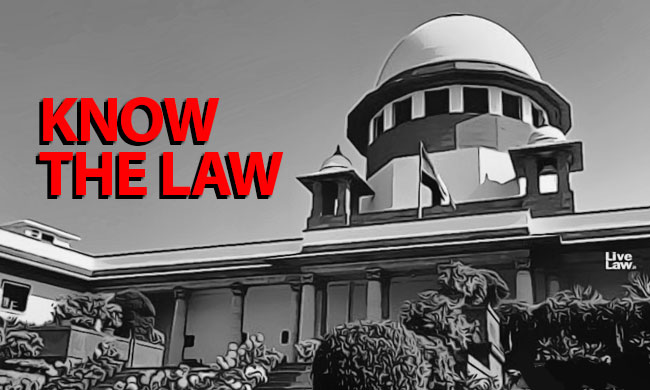 The Muslim parties in the Ayodhya-Babri Masjid title dispute case have urged the Supreme Court to 'mould the relief' in the case in such a fashion to reflect the 'constitutional values that this great nation espouses'. The Hindu parties individually submitted their notes on what alternate relief they sought, if the primary relief of title/ownership was not granted to them. This article is intended to answer some queries regarding the principle of 'Moulding of Relief'

Ordinarily, in a civil case, the rights of parties are crystallized on the date the suit is instituted and only the same set of facts must be considered.

However, taking note of developments subsequent to the commencement of the litigation, when such events have a direct bearing on the relief claimed by a party or one the entire purpose of the suit, the Courts can mould the relief, taking note of the same. In moulding the relief to be granted in a case on appeal, the court of appeal is entitled to take into account even facts and events which have which have come into existence after the decree appealed against. This principle adopted by the Courts is called 'Moulding of Reliefs'.

This principle is traceable to an early decision of the Supreme Court of United States of America, Patterson v. State of Alabama. In the said judgment, the following observation made by the Court has been approvingly quoted by Indian Courts and the Supreme Court.

In the exercise of our appellate jurisdiction we have power not only to correct error in the judgment under review but to make such disposition on the case as justice requires. And in determining what justice does require, the Court is bound to consider any change, either in fact or in law, which has supervened since the judgment was entered. We may recognize such a change, which may affect the result, by setting aside the judgment and remanding the case so that the state court may be free to act. We have said that to do this is not to review, in any proper sense of the term, the decision of the state court upon a nonfederal question, but only to deal appropriately with a matter arising since its judgment and having a bearing upon the right disposition of the case.

This principle was recognized by the Supreme Court in Pasupuleti Venkateswarlu vs The Motor & General Traders AIR 1975 SC 1409. It was observed therein that though the right to relief must be judged to exist as on the date a suitor institutes the legal proceeding, the principle that procedure is the handmaid and not the mistress of the judicial process is also to be noted. Justice VR Krishna Iyer observed:

If a fact, arising after the lis has come to court and has a fundamental impact on the right to relief for the manner of moulding it, is brought diligently to the notice of the tribunal, it cannot blink at it or be blind to events which stultify or render inept the decrotal remedy. Equity justifies bending the rules of procedure, where no specific provision or fairplay is violated, with a view to promote substantial justice--subject, of course, to the absence of other disentitling (actors or just circumstances. Nor can we contemplate any limitation on this power to take note of updated facts to confine it to the trial Court. If the litigation pends, the power exists, absent other special circumstances repelling resort to that course in law or justice. Rulings on this point are legion, even as situations for applications of this equitable rule are myraid. We affirm the proposition that for making the right or remedy claimed by the party just and meaningful as also legally and factually in accord with the current realities, the court can, and in many cases must, take cautious cognisance of events and developments subsequent to the institution of the proceeding provided the rules of fairness to both sides are scrupulously obeyed.

""We have frequently held that in the exercise of our appellate jurisdiction we have power not only to correct error in the judgment under review but to make such disposition of the case as justice requires. And in determining what justice does require, the Court is bound to consider any change, either in fact or in law, which has supervened since the judgment was entered."

"6. The normal rule is that in any litigation the rights and obligations of the parties are adjudicated upon as they obtain at the commencement of the lis. But this is subject to an exception. Wherever subsequent events of fact or law which have a material bearing on the entitlement of the parties to relief or on aspects which bear on the moulding of the relief occur, the court is not precluded from taking a 'cautious cognizance' of the subsequent changes of fact and law to mould the relief."

In Sheshambal (dead) through LRs vs. Chelur Corporation Chelur Building (2010) 3 SCC 470, the court laid down conditions in which the relief can be moulded:

(i) that the relief, as claimed originally has, by reason of subsequent events, become inappropriate or cannot be granted;

(ii) that taking note of such subsequent event or changed circumstances would shorten litigation and enable complete justice being done to the parties; and

(iii) that such subsequent event is brought to the notice of the court promptly and in accordance with the rules of procedural law so that the opposite party is not taken by surprise."

All these judgments have been discussed in the judgment of the Supreme Court in Gaiv Dinshaw Irani & Ors vs Tehmtan Irani. (2014) 8 SCC 294. Taking note of these principles, last year, the Supreme Court in Samir Narain Bhojwani vs. Aurora Properties and Investments, observed that principle of moulding of relief could at best be resorted to at the time of consideration of final relief in the main suit and not at an interlocutory stage.