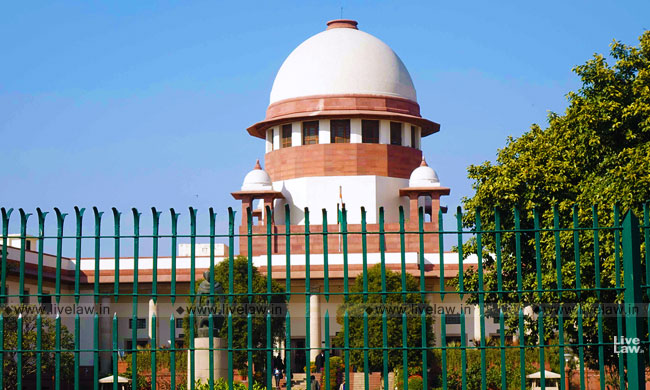 The Petitioner is particularly aggrieved by Rule 11 which incorporates a 100-point roaster for deciding seniority of officers, prospectively.

It is contended through Advocate Ashwani Kumar Dubey, that in reality the provision introduces a vacancy-based roster system, whereas the Supreme Court has prescribed 40-point cadre base roster system in All India Judges Association & Ors. v. Union of India & Ors., (2002) 4 SCC 247.

It is submitted that the 40-point cadre base roster system was part of the binding directions but has not been incorporated by the authorities.

The Petitioner joined the Higher Judicial Services in 2007. He has submitted that despite several requests and representations, the above binding direction of the Apex Court was not implemented by the authorities until 15 years.

"Such arbitrary and unjustified delay in incorporation of the rule regarding roster has infringed the valuable rights of the petitioner as well as other persons who were appointed directly from the bar as District Judges," the plea states.

Further, it is submitted that the 2017 Rules were introduced in supersession of erstwhile Madhya Pradesh Higher Judicial Service Rules, 1994, to incorporate roster system. However, it has come into force only from March 13, 2018, i.e. prospectively and therefore no benefit can be given to the Petitioner who was recruited in 2007.

It may be noted that the Petitioner had earlier moved a protest petition requesting the authorities to determine the seniority as per directions of the Supreme Court in All India Judges (supra), i.e. seeking application of roster principle. The same was kept pending for 12 years.

However, with coming in force of the 2017 Rules, his petition was rejected. This has been contended to be arbitrary as the new Rules are not applicable to him due to its prospective nature.