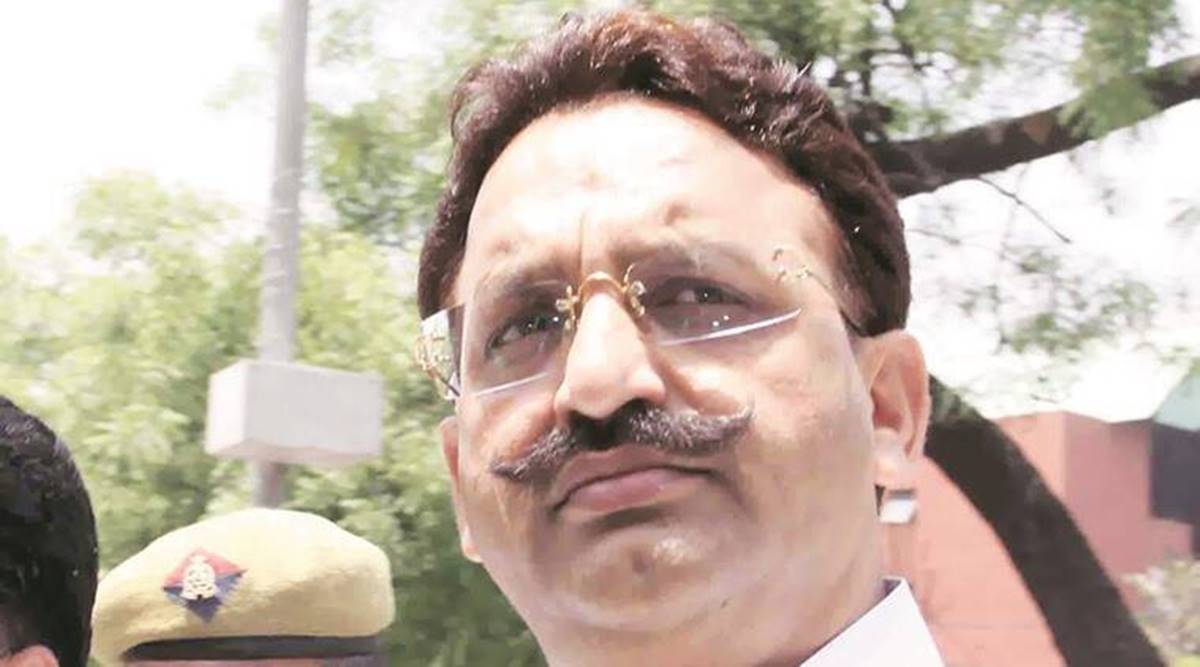 Mukhtar Ansari, BSP MLA from Uttar Pradesh, who is currently lodged in a jail in Punjab, has questioned the maintainability of the writ petition field by the State of Uttar Pradesh in the Supreme Court seeking his transfer from Punjab to UP.A state has no fundamental right guaranteed to it under the Constitution and one state cannot prosecute another state in a writ petition under Article 32...

Mukhtar Ansari, BSP MLA from Uttar Pradesh, who is currently lodged in a jail in Punjab, has questioned the maintainability of the writ petition field by the State of Uttar Pradesh in the Supreme Court seeking his transfer from Punjab to UP.

A state has no fundamental right guaranteed to it under the Constitution and one state cannot prosecute another state in a writ petition under Article 32 of the Constitution as it is against the federal scheme, he said in the counter-affidavit.

"Writ under Article 32 can be filed solely for enforcement of fundamental rights guaranteed under Part III of the Constitution, which have only been made available to persons against State Action and thus the present writ petition deserves to be dismissed on this ground alone", the MLA elected from Mau constituency in UP argued.

The counter affidavit was filed in the writ petition filed by the State of Uttar Pradesh under Art. 32 read with Sec. 406 Cr.P.C. seeking transfer of Mukhtar Ansari, currently lodged in Ropar Jail, Punjab to UP's Ghazipur Jail.

Ansari has objected to the maintainability of the said petition primarily on the ground that there was no violation of rights mentioned under Part III of the Constitution and therefore the question of Art. 32 petition does not arise in the present case.

State of U.P. in its writ petition contended that in the light of fair trial and manifestation of rule of law under Art. 14 and 21, it was necessary to try Ansari in the State of U.P. against whom serious offences had been registered in the State.

Ansari in his affidavit stated that "Fair trial is meant to protect the interests of the accused and the witnesses and it is not open for the State to allege that fair trial requires custodial presence of the accused, albeit at the risk of threat to the life of the accused person."

Furthermore, the affidavit also claims that right of seeking transfer of a criminal case/appeal under sec. 406 Cr.P.C. can be exercised only on an application made by the Attorney General of India or any other "interested party." However, according to Ansari, the State of U.P. is not an interested party in the case.

Moreover, Ansari counters the plea for seeking his transfer to U.P. by alleging that he has been granted the liberty by the Court to appear through video conferencing from Punjab jail in the trial pending in the State of U.P.

He also raises the apprehension of being killed if he is forced to physically appear for trial in cases in UP.

'Belongs to respectable family; cases out of political rivalry'

Mukhtar Ansari also claimed that he belongs to a respectable family having "prominent political impact in Eastern U.P."

"The Respondent is part of a family which has made immense contribution to the Indian freedom movement and has given India many leaders in the form of Shri Muhammad Hamid Ansari who was the vice president of India, Shri Baba Shaukatullah Ansari who served as the Governor for the State of Odisha Hon'ble Mr. Justice Asif Ansari who was the judge of Hon'ble High Court of Allahabad and the Respondent's own father, late Shri Subhanullah Ansari who was a freedom fighter and a social worker." The affidavit reads.

Moving ahead, Ansari also submitted that owing to his old age, medical health condition, mental harassment and state of depression, Doctor and Medical Board had advised him to take complete rest for several months which is why it was not possible for him to be transferred to the State of U.P.

"That the Respondent is around 65 years old and is suffering from diseases, including high blood pressure and diabetes and during his prison tenure, he had suffered from cardiac arrest two times and even had to undergo angiography. Due to the previous serious/fatal accident met by him, his backbone has been dislocated for which he is getting treatment, however, he is unable to move on account of this backbone injury. Also, due to the mental harassment caused to him, he is suffering from depression." The affidavit reads.

He alleged that the cases against him were foisted out of political rivalry.

In the hearing before the bench of Justice Ashok Bhushan and Justice R. Subhash Reddy yesterday, Solicitor General of India, Tushar Mehta appearing behalf of State of Uttar Pradesh, submitted that Ansari was vociferously being defended by the State of Punjab.

Moreover, SGI submitted that "State says that Ansari is suffering from depression. And he says he belongs to a family of freedom fighter. He is a gangster. He is arrested and does not file bail application because he is happy to be in Jail of Punjab."

The Bench will hear the case at length on 24th February 2021.

"Counter affidavits have been received on behalf of respondent Nos. 1 & 2 and respondent No.3 Rejoinder affidavit be placed on record. List the matter on 24.02.2021. Written submissions, if any, be filed in the meanwhile." The bench ordered.