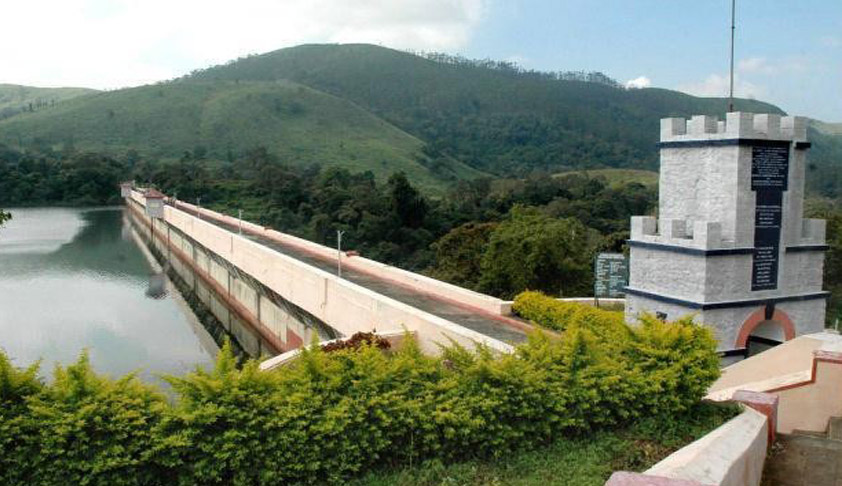 The attention of the Supreme Court has been drawn to report prepared an international body, "United Nations University-Institute for Water, Environment and Health", raising alarm about the situation of the Mullaperiyar dam in Kerala.UNU-INWEH is one of the United Nations University (UNU) institutes, an academic arm of the UN. Replying on that report, the petitioners have sought for...

The attention of the Supreme Court has been drawn to report prepared an international body, "United Nations University-Institute for Water, Environment and Health", raising alarm about the situation of the Mullaperiyar dam in Kerala.

UNU-INWEH is one of the United Nations University (UNU) institutes, an academic arm of the UN.

Replying on that report, the petitioners have sought for proper monitoring of the dam, especially in the wake of the flood situation in Kerala.

"State of Kerala has become a flood zone due to unprecedented climatic changes as well as environmental and ecological destruction through abusive usage of the land by vested interests, particularly in the hilly areas of the State." the petitioners seeking supervision of safety aspects of the Mullaperiyar Dam have submitted before the Supreme Court.

The submissions have been made through a reply filed by petitioners in their writ petition which was filed highlighting the "inaction and laxity" on part of the Supervisory Committee constituted by the Supreme Court for taking care of three material and crucial safety aspects of the Mullaperiyar dam, viz the instrumentation scheme, the rule curve and the gate operation schedule of the dam

The petitioners have submitted that even during the present flood situation, the dam is being operated in a blind manner without an approved rule curve, gate operation schedule and proper instrumentation, putting the lives of large magnitude of people living in the downstream areas and their properties at risk of destruction.

The petitioners have also informed the Supreme Court that according to a report published by a United Nations Institute, Mullaperiyar Dam is one of the six dams in the world which are structurally weak and susceptible to failure on account of passage of time, structural weakness and natural calamities.

The petitioners have pointed out that the report has stated that leaks and leaching in the dam are concerning as the methods and materials used during the construction are considered outdated compared to current building standards. Further, a dam failure risk would be catastrophic, abd nearly 3.5 billion people will be affected.

The petitioners have submitted that while doing their research on the subject, they came across the report submitted by a highly reputed international institute, viz United Nations University Institute for Water, Environment and Health (UNU-INWEH) Hamilton, Canada.

The above report published in 2021 is the result of a global study made by a United Nations' Agency about the ageing process of major dams in the world and the emerging global risks.

"...at the time of construction, the dam had an intended lifespan of 50 years. Still in service over century later, the dam shows significant structural flaws and may be at risk of failure. The dam is located in a seismically active area. A minor earthquake caused cracks in the dam in 1979, and in 2011, more cracks appeared in the dam due to seismic activity. Leaks and leaching are also concerning, as the methods and materials used during construction are considered outdated compared to current building standards......... A dam failure risk would be catastrophic., nearly 3.5 million people will be affected", the petitioners quote from the report.

According to the petitioners, it is significant to note here that this study has identified only six major dams throughout the world which are structurally week and susceptible to failure on account of passage of time, structural weakness and natural calamities.

The petitioners have sought permission of the Court to produce a copy of the report as an additional document to appraise the Court with the gravity of the issue and the depth of their anxiety.

The petitioners have also sought to respond to the status/compliance report dated 14th October 2021 submitted before the top Court by the Centre. According to the petitioners, the  the status report is factually and technically incorrect and illogical.

The supervisory committee constituted by the Supreme Court was entrusted with power of supervision over the three aspects so as to safeguard the safety and security of the dam. It is the grievance of the petitioners that the Supervisory Committee has sub delegated their authority and responsibility consisting of local engineers only.

According to the petitioners, they were constrained to move the writ petition seeking interference of the court for judicially monitoring the functions of the Supervisory Committee and to see that the above three safety aspects of the dam are taken care of and resolved at the earliest. The significance of the writ petition and reliefs sought for assumes larger importance in view of the present flood situation that the Kerala State and its people are undergoing.

Supreme Court had on 16th March 2021 issued the following directions in the present matter:

The Bench had stated that the three core issues are directly concerned with the safety of dam and the cascading effect that may befall upon the persons or habitants residing in the nearby areas.

The Supervisory Committee was asked to take necessary steps to issue appropriate directions to the concerned/party-States and to submit action taken report before the Court and compliance regarding finalisation of the three issues/plans on the topics.