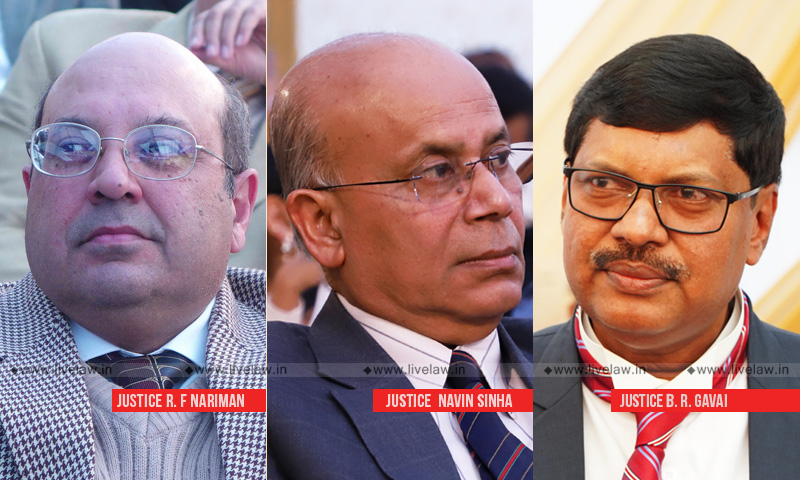 In a major relief for Samsung Heavy Industries Co. Ltd., the Supreme Court held that its Project Office in Mumbai cannot be termed as a "permanent establishment"(PE) for the purpose of taxation under Double Tax Avoidance Treaty.The bench comprising Justices RF Nariman, Navin Sinha and BR Gavai, while holding thus, observed that the burden of proving the fact that a foreign assessee has a...

In a major relief for Samsung Heavy Industries Co. Ltd., the Supreme Court held that its Project Office in Mumbai cannot be termed as a "permanent establishment"(PE) for the purpose of taxation under Double Tax Avoidance Treaty.

The bench comprising Justices RF Nariman, Navin Sinha and BR Gavai, while holding thus, observed that the burden of proving the fact that a foreign assessee has a a "permanent establishment" in India is initially on the Revenue and not on the Assessee.

'Agreement for avoidance of double taxation of income and the prevention of fiscal evasion'' (DTAA) between India and the Republic of Korea provided that the profits of an enterprise of a Contracting State shall be taxable only in that State unless the enterprise carries on business in the other Contracting State through a permanent establishment situated therein. It further provided that if the enterprise carries on business as aforesaid the profits of the enterprise may be taxed in the other State but only so much of them as is attributable to that permanent establishment.

Samsung Heavy Industries Co. Ltd. is an Company incorporated in South Korea. In 2006, the Oil and Natural Gas Company awarded a "turnkey" contract to a consortium comprising of Samsung Heavy Industries Co. Ltd.  and Larsen & Toubro Limited. The contract was for carrying out the "Work" of surveys, design, engineering, procurement, fabrication, installation and modification at existing facilities, and start-up and commissioning of entire facilities covered under the 'Vasai East Development Project'. In 2006, the Korean company set up a Project Office in Mumbai to act as "a communication channel" between itself and ONGC in respect of the Project. For the Assessment Year 2007-2008, it filed a Return of Income showing nil profit and a loss of INR 23.5 3 lacs.

In 2008, a show-cause notice was issued to the Company by the Income Tax authorities requiring it to show cause as to why the Return of Income had been filed only at nil. A draft Assessment Order was then passed by the Assistant Director of Income Tax International Transactions at Dehradun ("Assessing Officer") in which he found that the Company had a project office in India, when it was given the contract. The Assessing Officer further held that the Mumbai Project Office is to be treated as permanent establishment. Dispute Resolution Panel, rejecting the disputes raised by the Company, confirmed the order passed by Assessing Officer. The assessee filed an appeal before the Income Tax Appellate Tribunal which also agreed with the above findings of Assessing Officer.

The High Court allowed the appeal filed by the Company on the ground that there was no finding that 25% of the gross revenue of the Assessee outside India was attributable to the business carried out by the Project Office of the Assessee. However, it did not answer the issue whether the Project Office opened at Mumbai cannot be said to be a "permanent establishment" within the meaning of Article 5 of the DTAA.

The bench comprising Justice RF Nariman, Navin Sinha and BR Gavai, in a judgment delivered on Wednesday, referred to various earlier judgments on the issue of tax-ability under DTAA, and observed thus:

Taking note of the orders passed by the Assessing Officer and the ITAT, the bench further observed that some of the findings returned are 'perverse'. It also disagreed with the view taken by the ITAT that the Mumbai project office of the assessee has to play a vital role in the execution of entire contract and if assessee wants to contend otherwise, the onus is on assessee and not on the revenue.

"A reading of the Board Resolution would show that the Project Office was established to coordinate and execute "delivery documents in connection with construction of offshore platform modification of existing facilities for ONGC". Unfortunately, the ITAT relied upon only the first paragraph of the Board Resolution, and then jumped to the conclusion that the Mumbai office was for coordination and execution of the project itself. The finding, therefore, that the Mumbai office was not a mere liaison office, but was involved in the core activity of execution of the project itself is therefore clearly perverse."

"Equally, when it was pointed out that the accounts of the Mumbai office showed that no expenditure relating to the execution of the contract was incurred, the ITAT rejected the argument, stating that as accounts are in the hands of the Assessee, the mere mode of maintaining accounts alone cannot determine the character of permanent establishment. This is another perverse finding which is set aside. Equally the finding that the onus is on the Assessee and not on the Tax Authorities to first show that the project office at Mumbai is a permanent establishment is again in the teeth of our judgment in E-Funds IT Solution Inc. (supra)."

The court observed that the ITAT ignored the contention of the Assessee that there were only two persons working in the Mumbai office, neither of whom was qualified to perform any core activity of the Assessee, the ITAT. Upholding the High Court judgment, the Court said:

"This being the case, it is clear, therefore, that no permanent establishment has been set up within the meaning of Article 5(1) of the DTAA, as the Mumbai Project Office cannot be said to be a fixed place of business through which the core business of the Assessee was wholly or partly carried on. Also, as correctly argued by Shri Ganesh, the Mumbai Project Office, on the facts of the present case, would fall within Article 5(4)(e) of the DTAA, inasmuch as the office is solely an auxiliary office, meant to act as a liaison office between the Assessee and ONGC."