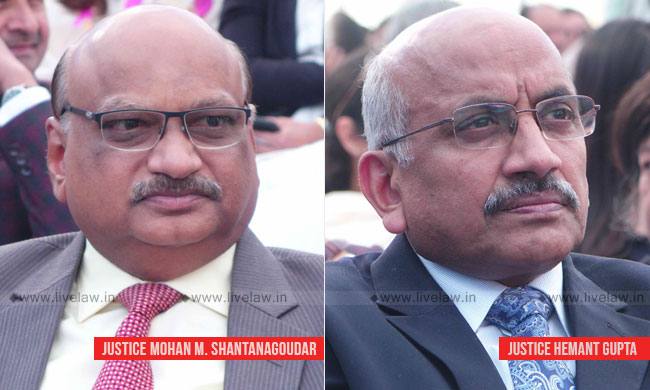 The Supreme Court has held that the employees of the local bodies like Municipalities are entitled for gratuity under Payment of Gratuity Act, 1972.

The High Court had rejected the contention of the Municipalities that their employees are entitled to the gratuity in terms of the Retirement Benefits and General Provident Fund Regulations, 1962 framed under Section 548 of the Uttar Pradesh Municipal Corporation Act, 1959.

The bench, while considering the appeal, also took note of a notification published buy Central Government on 08.01.1982 which specified Local Bodies in which ten or more persons are employed, or were employed, on any day of the preceding twelve months as a class of establishment to which this Act shall apply.

Referring to Section 3(c) of the Act, the bench said that the Act shall be applicable to such other establishments or class of establishments, in which ten or more employees are employed, or were employed, on any day of the preceding twelve months, as the Central Government may, by notification, specify in this behalf. The bench said:

"Such notification makes it abundantly clear that the Act is applicable to the local bodies i.e., the Municipalities. Section 14 of the Act has given an overriding effect over any other inconsistent provision in any other enactment"

The court also, referring to Section 14 of the Act, observed the provision in the State Act contemplating payment of Gratuity will be inapplicable in respect of the employees of the local bodies. It said:

"The entire argument of the appellant is that the State Act confers restrictive benefit of gratuity than what is conferred under the Central Act. Such argument is not tenable in view of Section 14 of the Act and that liberal payment of gratuity is in fact in the interest of the employees. Thus, the gratuity would be payable under the Act. Such is the view taken by the Controlling Authority."