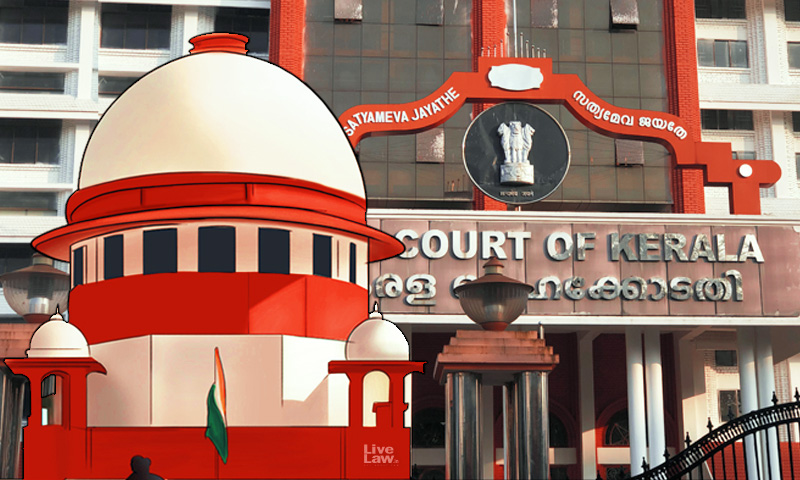 The Supreme Court has set aside the judgment of the Kerala High Court judgment which directed filling up of additional vacancies of Munsiff-Magistrate posts from the current rank list, over and above the notified vacancies."Vacancies for 2020 must be allocated to candidates who are duly selected in pursuance of the recruitment process for 2020. Candidates who have ranked lower in the...

The Supreme Court has set aside the judgment of the Kerala High Court judgment which directed filling up of additional vacancies of Munsiff-Magistrate posts from the current rank list, over and above the notified vacancies.

"Vacancies for 2020 must be allocated to candidates who are duly selected in pursuance of the recruitment process for 2020. Candidates who have ranked lower in the 2019 selection and were unable to obtain appointments cannot appropriate the vacancies of a subsequent year to themselves.", the bench comprising Justices DY Chandrachud and Indira Banerjee observed.

The court observed that, to allow the concept of probable number of vacancies in Rule 7(1) of Kerala Judicial Service Rules to trench upon future vacancies which will arise in a succeeding year would lead to a "serious constitutional infraction".

A special leave petition was filed by the High Court of Kerala challenging the judgment passed by a division bench of the High Court which upheld a single bench judgment directing the filling up of additional vacancies from the merit list published on February 20, 2020.

The writ petitions were filed by two candidates who had participated in the selection process which commenced with a notification issued by the High Court on 1 February 2019 inviting applications for appointment to the posts of Munsiff-Magistrate in the Kerala Judicial Service, against regular vacancies and against a carry-forward called 'No Candidates Available'. Their contention was that the appointments of Munsiff-Magistrates must not be limited to thirty-two vacancies and must take into account all other vacancies that have arisen or which may arise till 6 May 2021, that is, within one year from the date on which the merit list dated 7 May 2020 was notified. The single bench of the High Court, while allowing writ petitions filed by candidates, directed to forward an additional list of candidates from the merit list dated 20.02.2020 to the Governor for approval and appointment as Munsiff-Magistrates. Later, the division bench upheld the single bench judgment on August 26, dismissing the writ appeals filed by the High Court of Kerala.

Therefore, the High Court approached the Apex Court in appeal.

(i) Whether Rule 7 of the Kerala Judicial Service Rules, 1991 is contrary to the directions of the Supreme Court in Malik Mazhar Sultan (3) v. Uttar Pradesh Public Service Commission and

(ii) Whether the respondents and similarly placed candidates who find place in the merit list approved by the Governor can be appointed to vacancies arising within one year from the date of approval of the merit list, in excess of those specified in the notification.

The Court noted that in Malik Mazhar Sultan (3), the Court had directed that the number of vacancies to be notified by the High Court for the annual selection would be calculated by including:

(ii) Future vacancies that may arise within one year due to retirement;

(iii)Future vacancies which may arise due to promotion, death or otherwise "say 10 per cent of the number of posts".

In computing the vacancies to be notified annually by the High Court, the three factors to be borne in mind would be:

(i) the existing number of vacancies;

(ii) the anticipated vacancies for the next year; and

(iii) some candidates to be included in the wait-list, the court said.

"The constitutional principle which finds recognition in the precedents of this Court is that the process of selection in making appointments to public posts is subject to the guarantees of equality under Article 14 and of equality in matters of public employment under Article 16. The process of selection must comport with the principles of reasonableness. Where the authority which makes a selection advertises a specific number of posts, the process of selection cannot ordinarily exceed the number of posts which have been advertised. While notifying a process for appointment, the authority may take into consideration the actual and anticipated vacancies but not future vacancies. Anticipated vacancies are the vacancies which can be reasonably contemplated to arise due to the normal exigencies of service such as promotion, resignation or death. Hence, in notifying a given number of posts for appointment, the public authority may legitimately take into account the number of vacancies which exist on the date of the notification and vacancies which can reasonably be accepted to arise in the exigencies of the service. While the exact number of posts which may fall vacant due to circumstances such as promotion, resignation or death may be difficult to precisely determine the authority may make a reasonable assessment of the expected number of vacancies on these grounds. However, future vacancies conceptually fall in a distinct class or category. Future vacancies which arise during a subsequent recruitment year cannot be treated as anticipated vacancies of a previous selection year. Vacancies which would arise outside the fold of the recruitment year would not fall within the ambit of anticipated vacancies. For it is only the vacancies, actual and anticipated which would fall within the course of the selection or recruitment year that can be notified when the selection process is initiated. These are constitutional principles to which statutory edicts are subordinate."

To hold thus, the High Court had referred to Rule 7 which reads as follows:

Rule 7 -Preparation of lists of approved candidates and reservation of appointments: (1) The High Court of Kerala shall, from time to time, hold examinations, written and oral, after notifying the probable number of vacancies likely to be filled up and prepare a list of candidates considered suitable for appointment to category.

The Supreme Court observed that there are significant problems in accepting this line of interpretation which has found acceptance by the High Court.

The SC expressed its disagreement as :

'Probable number of vacancies', as we have seen, is based on computing the existing vacancies and the vacancies anticipated to occur during the year. It also accounts for the possibility of inclusion of some of the candidates that are in the wait-list. However, the expression 'probable' cannot be interpreted as a vague assessment of vacancies that isn't founded in reason and can be altered without a statutorily prescribed cause. To allow the concept of probable number of vacancies in Rule 7(1) to trench upon future vacancies which will arise in a succeeding year would lead to a serious constitutional infraction. Candidates who become eligible for applying for recruitment during a succeeding year of recruitment would have a real constitutional grievance that vacancies which have arisen during a subsequent year during which they have become eligible have been allocated to an earlier recruitment year. If the directions of the High Court are followed, this would seriously affect the fairness of the process which has been followed by glossing over the fact that vacancies which have arisen during 2020 will be allocated for candidates in the select list for the year 2019. Such a course of action would constitute a serious."