Consent By Majority Of Unit Holders Who Participated In Poll Is Sufficient For Winding Up Mutual Fund Schemes: Supreme Court 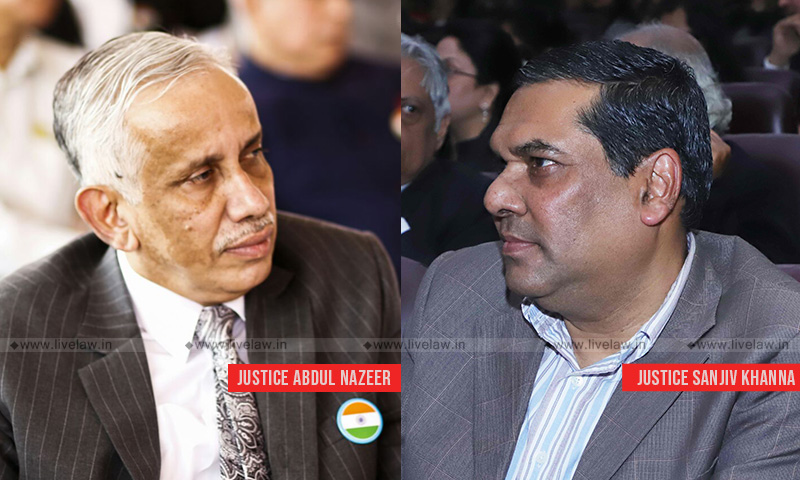 The Supreme Court observed that, for the purpose winding up Mutual fund schemes, the 'consent of the unitholders' stipulated under Regulation 18(5)(C) of the SEBI (Mutual Funds) Regulations, would mean consent by majority of the unit holders who have participated in the poll, and not consent of majority of all the unitholders of the scheme. "The underlying thrust behind...

"The underlying thrust behind Regulation 18(15)(c) is to inform the unitholders of the reason and cause for the winding up of the scheme and to give them an opportunity to accept and give their consent or reject the proposal. It is not to frustrate and make winding up an impossibility." the bench comprising Justices Abdul Nazeer and Sanjiv Khanna observed thus while upholding the validity of e-voting process for winding up of six mutual fund schemes of Franklin Templeton.

The bench observed that, reading prescription of a quorum as majority of the unit holders or 'consent' as implying 'consent by the majority of all unit holders' in Regulation 18(15)(c)  will not only lead to an absurdity but also an impossibility given the fact that mutual funds have thousands or lakhs of unit holders. "Many unitholders due to lack of expertise, commercial understanding, relatively small holding etc. may not like to participate. Consent of majority of all unitholders of the scheme with further prescription that 'fifty percent of all unitholders' shall constitute a quorum is clearly a practical impossibility and therefore would be a futile and foreclosed exercise.", it said. The bench observed:

" In the case of unitholders, the number is fluctuating and ever changing and, therefore, indefinite. Numbers of unitholders can increase, decrease and change with purchase or redemption. Therefore, in the context of clause (c) of Regulation 18(15), we would not, in the absence of any express stipulation, prescribe a minimum quorum and read the requirement of 'consent by the majority of the unitholders' as consent by majority of all the unitholders. On the other hand, it would mean majority of unitholders who exercise their right and vote in support or to reject the proposal to wind up the mutual fund scheme. The unitholders who did not exercise their choice/option cannot be counted as either negative or positive votes as either denying or giving consent to the proposal for winding up.",

Investment in share market, though beneficial and attractive, requires expertise in portfolio construction, stock selection and market timing. In view of attendant risks, diversification of portfolio is preferred but this consequentially requires a larger investment. Mutual funds managed by professional fund managers with advantages of pooling of funds and operational efficiency are the preferred mode of investment for ordinary and common persons. It would be wrong to expect that many amongst these unitholders would have definitive opinion required and necessary voting in a poll on winding up of a mutual fund scheme. Such unitholders, for varied reasons, like lack of understanding and expertise, small holding etc., would prefer to abstain, leaving it to others to decide. Such abstention or refusal to express opinion cannot be construed as either accepting or rejecting the proposals. Keeping in view the object and purpose of the Regulation with the language used therein, we would not accept a 'construction' which would lead to commercial chaos and deadlock. Therefore, silence on the part of absentee unitholders can neither be taken as an acceptance nor rejection of   the proposal. Regulation 18(15)(c), upon application in ground reality, must not be interpreted in a manner to frustrate the very law and objective/purpose for which it was enacted. We would rather accept a reasonable and pragmatic 'construction' which furthers the legislative purpose and objective. The underlying thrust behind Regulation 18(15)(c) is to inform the unitholders of the reason and cause for the winding up of the scheme and to give them an opportunity to accept and give their consent or reject the proposal. It is not to frustrate and make winding up an impossibility.

Regarding the 'poll', the bench made the following observations:

(i) Regulation 18(15)(c) mandates and requires consent of the unitholders for winding up, but does not prescribe any mode or manner for taking consent. Therefore, by implication, the Regulation gives option of holding a physical meeting, postal poll or e-poll. In physical meetings, voting may be by show of hands or by holding a poll. Show of hands is quick and an easy way to administer option but would not reflect and take into account the relative number of units held by the unitholders. Unitholders with fewer units have the same say as those with a greater number of units. It is not a good option when the proposal is contested. Poll, whether in a physical meeting, by way of a postal ballot or e-poll, has an advantage as each unitholder has one vote for every unit/share held. Therefore, in cases where there is huge disparity between the units held, or possibility of contest/dispute, poll is the preferred method for ascertaining preference of the unitholders. The value of poll lies in the fact that the weighted voting strength based upon the number of units gives more accurate and precise results. Majority consent of the investors/unitholders should depend upon the number of units held by them.

(ii) Polls are akin to election. Poll results like the election results are not to be lightly interfered with. More so, when it is fault of a third party and not of the proposer/successful candidate. Poll results like election results are not to be regarded as vitiated by breach of rules or mistake, until and unless the breach or mistake, it is proved has materially affected the result of the poll. This general principle may be deviated from only when poll/election is conducted so badly that it is not substantially in accordance with law as to elections, in which case it would not matter whether the result was affected or not.

(iii) When the poll or voting is on issues or choices of commercial nature, normally it is not a part of the judicial process for the court to ferret out flaws by examining merits or wisdom of the unitholders who have voted. The court is not equipped and should refrain from entering into such oversights as doctrine of internal management, institutional sovereignty and right to opt and decide come into play. The unitholders are the best judge and are more conversant with heir own interests. All that is to be seen is that broad parameters of fairness in the administration, bona fide poll/election, and that fundamental rules of reasonable management of public business have not been breached.

The bench, taking note of the e-voting results, rejected the objections to poll results and held that the unitholders of the six schemes have given their consent by majority to windup the six schemes. The court clarified that this order does not examine and decide other aspects and issues including the questions whether Regulation 18(15)(c) would apply when the trustee's form an opinion that the scheme should be wound up in accordance with Regulation 39(2)(a).